Bermuda Championship expert picks: Who our staff thinks will win 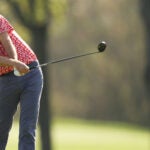 Patrick Cantlay to win. Lanto Griffin to top 10. The Zozo Championship to be decided by a three-man playoff. At around 7 p.m. ET on Sunday, our Josh Sens was staring at a Sherwood sweep. All three of his bets were coming home.

At around 7:30 or so, all three of his bets were stuck in traffic.

“Knowing my luck, Rahm will birdie the last and win in a playoff,” Sens messaged me. “About an hour ago, I was thinking I had a clean sweep. Cantlay. Griffin. Three-man playoff.”

“Haha. I got a bad beat story all written up for you,” I wrote back.

Cantlay would cash. Griffin and the three-man playoff would not. A $2,900 cashout for his $300 investment.

Not quite a bad beat. Not quite like the ones Scott Van Pelt shares on “SportsCenter,” for sure. Sens did win the biggest one. But he lost two. And almost lost three.

What do you do? To essentially have your distance and speed right on a putt – only to see your ball hit a spike mark. Do like Tiger.

“The number one thing that struck me every round that we’ve played together is that he’ll get mad, but he won’t get negative,” Jordan Spieth said earlier this year on the “Earn Your Edge” podcast, which is hosted by Altus Performance’s Corey Lundberg and Cameron McCormick, Spieth’s swing coach. “I’ve never heard him get negative. And I’m trying to take that into my game, where I’ve been less mad and more negative.

“He’ll hit a shot, and he’ll let himself know about it. But it’s mad. It’s not, ‘I can’t figure this out.’ There’s no can’t. ‘Or I’m struggling with this.’ It’s literally just him to himself, gets the anger out and then moves on. I’ve never once heard him be negative.”

Of course, if you’ve followed this column, you’ve had only good wins. No bad beats. The above is just theoretical.

This week, the PGA Tour is playing the Bermuda Championship at Port Royal Golf Course in Southampton, Bermuda. Our Tim Reilly has shared our picks on social media for 20 weeks, so we’ll let him kick things off this week. Who does he like?

“Todd is going to make it back-to-back after winning last year’s event,” Reilly wrote. “With a weak field in place, it’s a golden opportunity for the defending champ to hoist another trophy.”

To-win: Brendon Todd, +1,400. Having a hard time picking this week, so going with last year’s winner. And he still has decent odds!

To-win: Emiliano Grillo, +2,500. After consulting with some musty texts on Chinese numerology that I keep in the office here, I decided, for no particular reason, to divide today’s star date by Pi. That equation yielded a five-digit figure, which, if you ignore it entirely, corresponds to the following five letters in our 26-letter alphabet: Grillo. Remarkable.

Top 10: Stewart Cink, +500. Cink has been doing a Benjamin Button lately and aging backwards. A win in Napa. A strong showing at the Sanderson Farms event. I like these odds for a top-10 against what is something less than the game’s strongest field.

Top 10: Brendon Todd, +164. I’m not going to overthink this one. He’s the defending champ and the highest-rated player in the field.

Prop: Leader after Round 1, Wes Roach, +9,000. He missed the first-round lead by a stroke last year.

To-win: Peter Malnati, +4,500. Closed my eyes and randomly picked a player from the field list. I’ll try anything at this point.

To win: Henrik Stenson, +3500. I maintain the position that he is too good a ball-striker. Those Bermuda winds are nothing.

To win: Brendon Todd, +1400. It’s been a minute since we’ve heard about old Brendon, but I’d still be hard-pressed to take anyone in a field like this over him.

To-win: Brendon Todd, +1400. The start of Todd’s white-hot campaign last season came at Bermuda, so it feels appropriate that he’d find a place atop the leaderboard this time around. With the weather calling for windy conditions, I like a player who is a fairway finder like Todd.

To win: Justin Suh, +3500. He’s been no worse than T14 in his last two PGA Tour starts after a rough go of it earlier this year. He’s a part of that stellar group that turned pro in 2019 — along with Morikawa, Hovland and Wolff — and it’s his turn to breakout at some point.

To-win: Brendon Todd, +1,400. “Todd is going to make it back-to-back after winning last year’s event. With a weak field in place, it’s a golden opportunity for the defending champ to hoist another trophy.”

Top 10: Will Zalatoris, +150. The odds-on favorite this week doesn’t even have a Tour card. Zalatoris might not win, but he’ll be damn near the top of the leaderboard once again.

To win: Charley Hoffman, +3500. He finished T6 at the Sanderson Farms earlier this month, and he’s a low-ball hitter who may navigate the windy Bermuda conditions well. I like the value here, too.

Prop: Playoff, +400. I take this prop pretty much every week and it hasn’t treated me well recently, so I’m doing the smart thing and taking it again.

To win: Charley Hoffman, +3500. We’re on the brink here. Might be my last week in the black. Time to trust in the Hoff.

Prop: Will Gordon, top 5 American finisher, +1400. He contended at the Travelers and hasn’t made much noise since. Here’s where Will rises again!