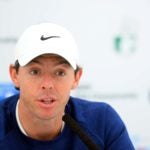 The coronavirus pandemic has been a logistical nightmare for professional sports — and that’s putting it lightly. With pro sports — especially golf — being such a global spectacle, players converge from all corners of the globe to compete. But that hodgepodge of players has added an extra kink in the restart plans for sports, and golf is no exception.

Travel bans and mandatory quarantines are a new reality these days for folks entering the U.S., and because of this a handful of international players have elected not to play in the first stretch of events during the restart. Adam Scott, Tommy Fleetwood and Lee Westwood are all notable names who have all expressed that they will not travel to the U.S. for the restart.

“Right now I won’t be playing them, not with having to leave here two weeks before, quarantine, then play the two tournaments, then come back here and quarantine again,” Westwood told Golf Channel last month. “It’s six weeks for two tournaments, and to me that’s just not worth it.”

But World No. 1 Rory McIlroy — who is originally from Northern Ireland — doesn’t see eye to eye with his fellow international compatriots on the matter.

“If I were in their shoes and I was asked to come over to the states and shelter in place or quarantine for two weeks before these tournaments, I would have done that,” McIlroy said ahead of the RBC Heritage Classic. “If you really care about your career and care about moving forward, you should be here.”

McIlroy has never been afraid to let his voice be heard on a variety of issues, and his candidness was fully displayed as he spoke virtually with the media. He conceded that family concerns were a legitimate reason for balking at coming across the pond, but he mentioned that bringing the family along was an option, too.

“We all have the means to rent a very nice house in a gated community in Florida,” McIlroy said. “It’s not a hardship for two weeks to come over and quarantine … I honestly don’t understand the guys complaining because there is a solution to it. You can come over here and do what needs to be done.”

The pointed criticism of his fellow competitors comes at a time when the PGA Tour is the only top-level tour operating. The European Tour will not return until next month in Australia, meaning the bulk of world ranking points are coming from the U.S. — a decision that has been criticized by a handful of European players on social media. Even with that in mind, McIlroy has little sympathy for those choosing to voluntarily abstain from competition.

“It might seem a little harsh, but I don’t get that mindset,” McIlroy said. “Especially if you care about your career and you want to advance.”