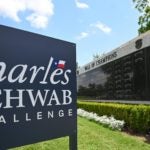 The Charles Schwab Challenge kicks off on Thursday with a field loaded with superstars.

After 13 straight weeks without a PGA Tour event due to the coronavirus pandemic, pro golf returns this week in Fort Worth, Texas. But the Charles Schwab Challenge at Colonial will not look like any PGA Tour event we’re used to seeing.

To ensure the safety of players, caddies, staffers and the community, there have been strict protocols put into place, much of which was documented in the Tour’s 37-page participant resource guide issued last month. Much of it, as you might guess, evolves around testing, disinfecting and social distancing.

Here’s what the testing will look like for players and caddies this week.

Before they leave for a tournament

The Tour doesn’t force players to get tested before leaving their homes for an event, although it is “strongly recommended” that all players and caddies take at-home Covid-19 tests before traveling.

Tour players and caddies were sent tests to their homes via the Tour’s at-home test provider. The process consists of an overnight delivery of a test and a Zoom conference call with a medical professional to guide them through the steps. They then ship the tests to a lab and receive results between 48 and 72 hours. (These tests are to determine if players are infected at the time, not antibody tests.)

Those who board the PGA Tour’s charter jet, which will take players and caddies from one tournament site to another, are required to submit a saliva test within 24 hours of the flight’s departure, which must come up negative for that player or caddie to board.

When players get to the course for the first time

When players and caddies arrive at the tournament venue for the first time, they’ll have to immediately report to predetermined testing locations. There they’ll have a daily temperature check and have to fill in a questionnaire regarding their current health and any potential exposure. They’ll also be observed for symptoms.

If cleared from there, players and caddies head to a Covid-19 testing area, where they’ll get a nasopharyngeal swab — a six-inch-long Q-tip will be inserted into a cavity between the nose and mouth for 15 seconds — that will be sent to a lab for processing. The Tour is hoping results come back within two to four hours and estimates it will conduct about 400 tests per week.

After that process is complete, players and caddies receive a pink slip they’ll need to keep for their records and show at the player/caddie registration areas. They’ll then get an access card go to the practice area and will be allowed to enter the practice-area facilities or go on the course, but they will not be allowed to enter the dining room and locker room until their test results comes back negative.

If a negative test comes back

Players and caddies will be alerted via email and an app when their tests are ready. Once a player receives their test results, and if it’s negative, they’ll go to the testing confirmation area and receive either a wristband or lanyard that allows them access to all the other previously restricted areas, including the dining room and locker room. Caddies will go through this exact process to gain access to the caddie facility and caddie dining areas.

If a positive test comes back

Players and caddies will be alerted via email and an app about their results, and if positive, a player or caddie will not be allowed to compete in the tournament. The Tour has put in place an Emergency Covid-19 plan, which includes several ensuing procedures and support to isolate the infected player or caddie as soon as possible. The Tour will also offer an environment where the player or caddie could quarantine for up to 14 days. At that point, there would be a large disinfecting and decontaminating effort and a thorough evaluation of contract tracing.

The thermal readings and health questionnaires will be conducted daily for players, caddies and officials.

Traveling to the next tournament

Players who plan to take the PGA Tour’s tournament charter to the next week’s event must take a Covid-19 saliva test after their third round is complete. The plane leaves on Mondays.