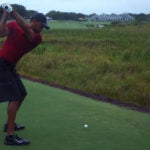 Late Sunday morning, Hobe Sound, Fla., was covered in dark green by the weather.com forecast. Rain was on the way. It then came. Early Sunday afternoon, at the start of The Match: Champions for Charity, Medalist Golf Club in Hobe Sound was blanketed in near black. The event’s four golfers – Tiger Woods, Phil Mickelson, Peyton Manning and Tom Brady – hit golf balls on the range both under dark clouds and through water, and it mostly stayed that way throughout their 18 holes.

The weather couldn’t have been worse.

Or it couldn’t have been better, according to Phil Mickelson.

The elements were elemental Sunday. So much so that they may be part of the next Match.

“The other thing that I thought was interesting was how the rain added an element,” Mickelson said on The Dan Patrick Show this week. “We were very concerned about getting it in. We were concerned about having poor weather. But I thought the rain and the tough conditions made it interesting. And that actually opens it up to another opportunity of maybe having an event like this in not-so-great weather.” 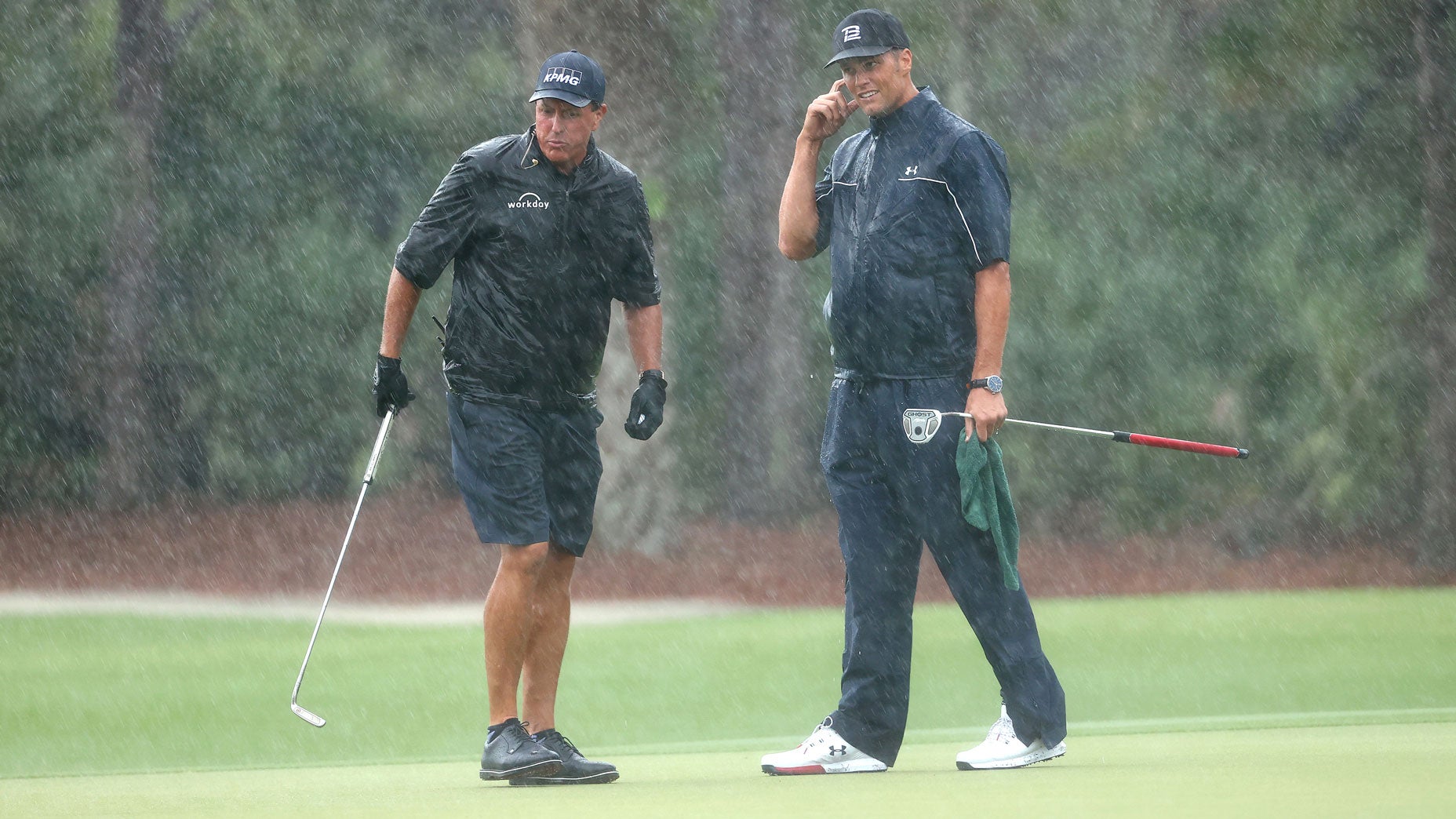 Phil Mickelson and Tom Brady stand in the rain on the 13th green at Medalist Golf Club. Getty Images 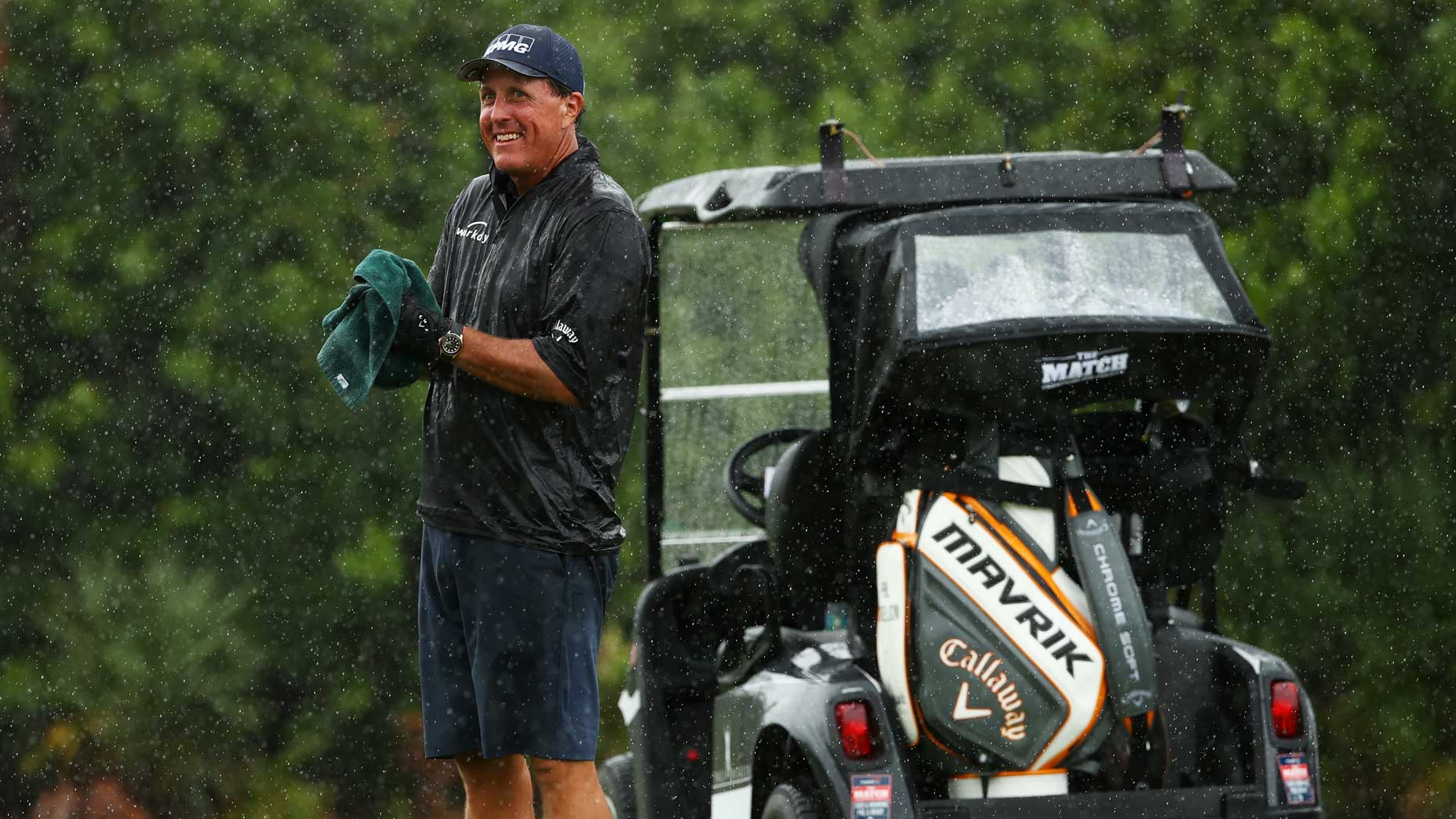 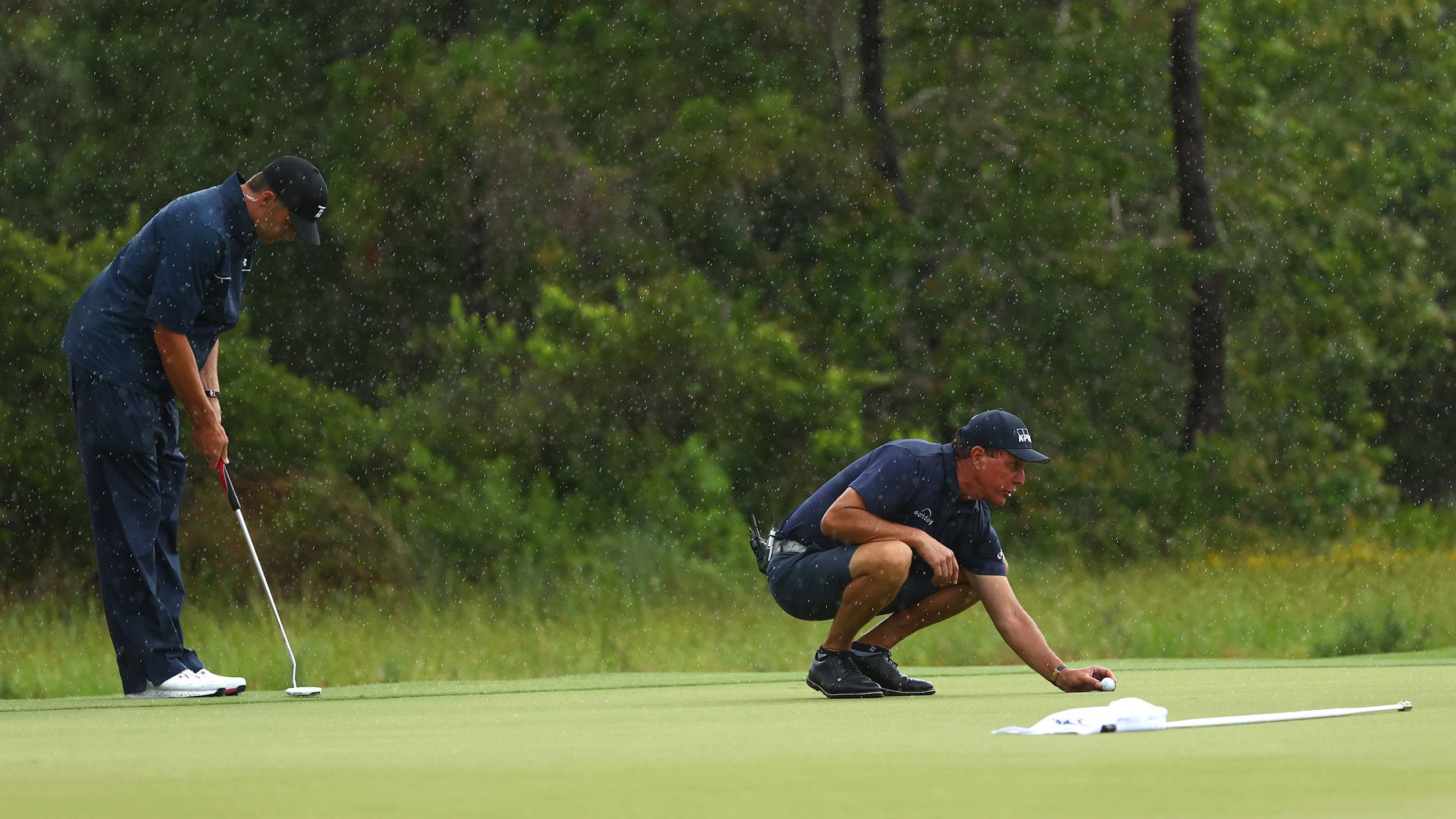 Phil Mickelson lines up a putt as Tom Brady looks on on the 12th green at Medalist Golf Club. Getty Images 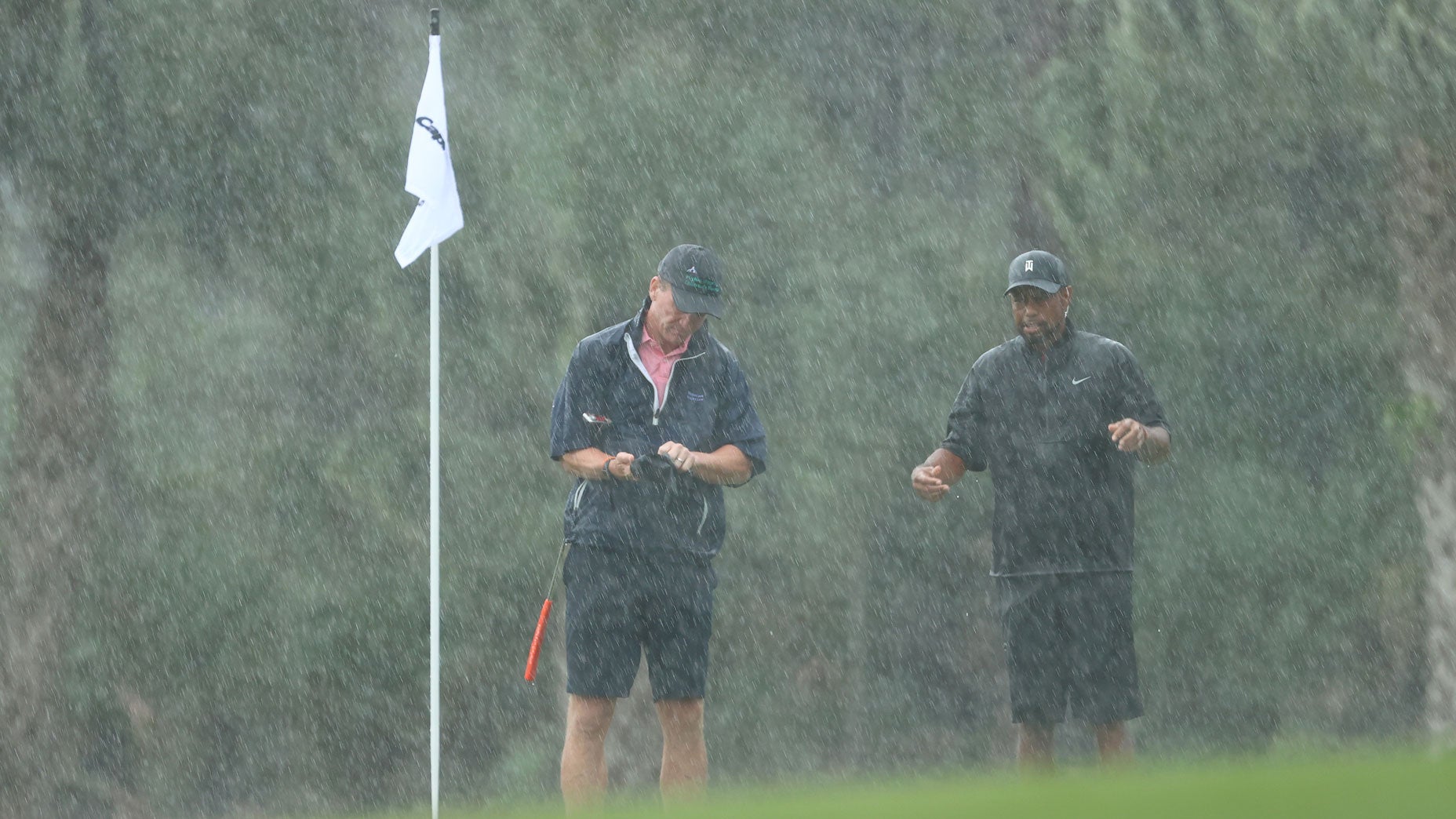 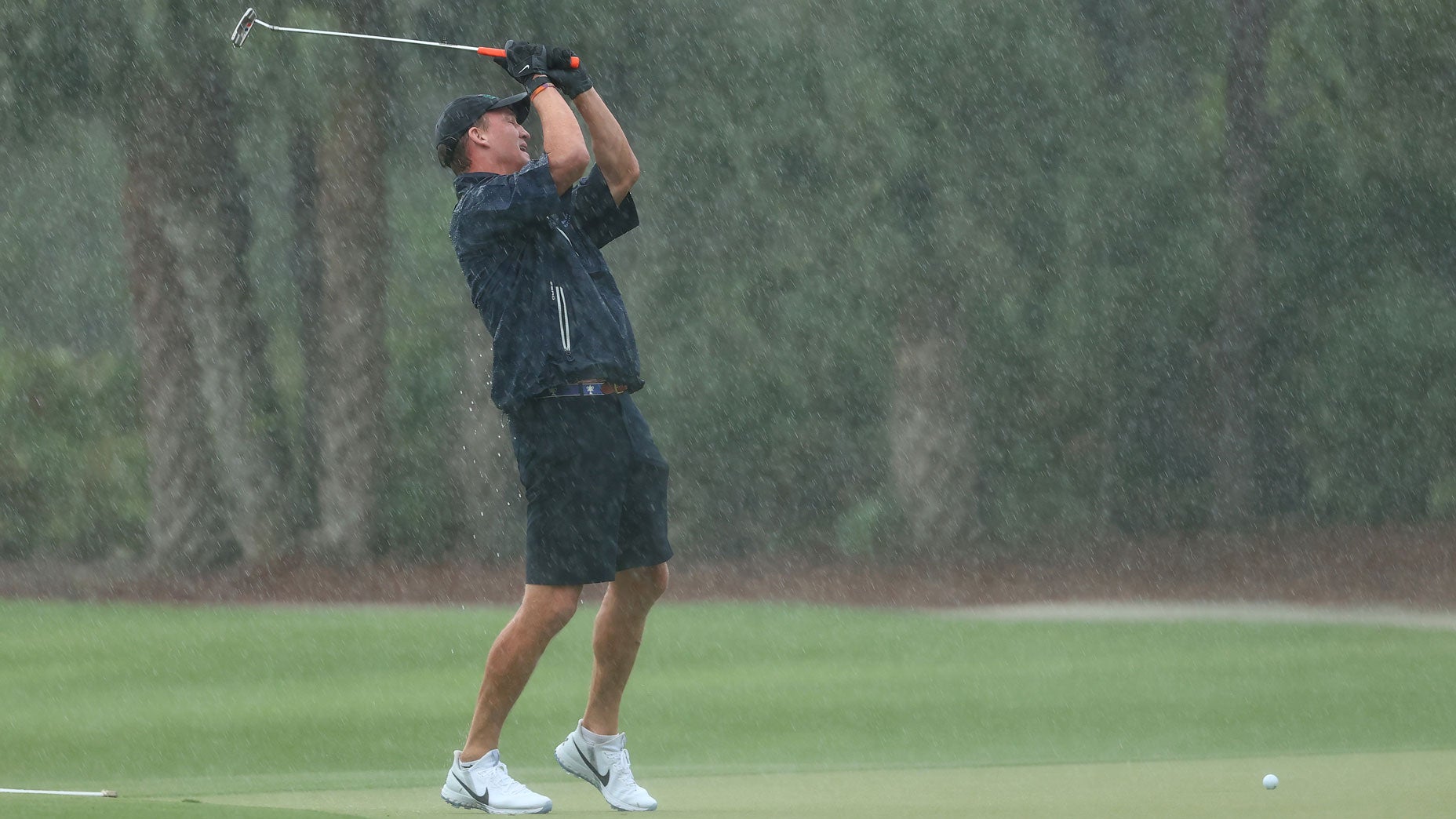 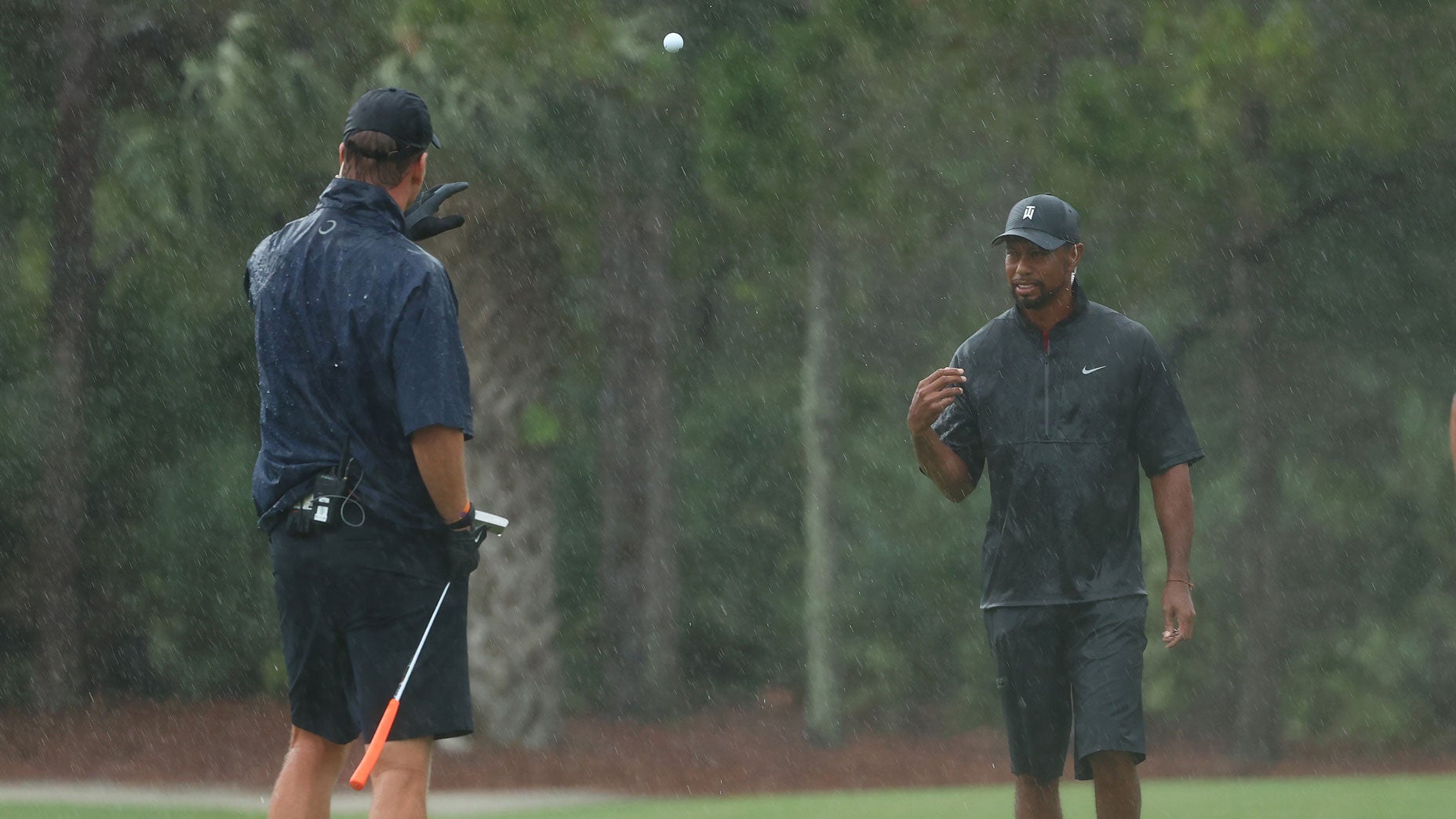 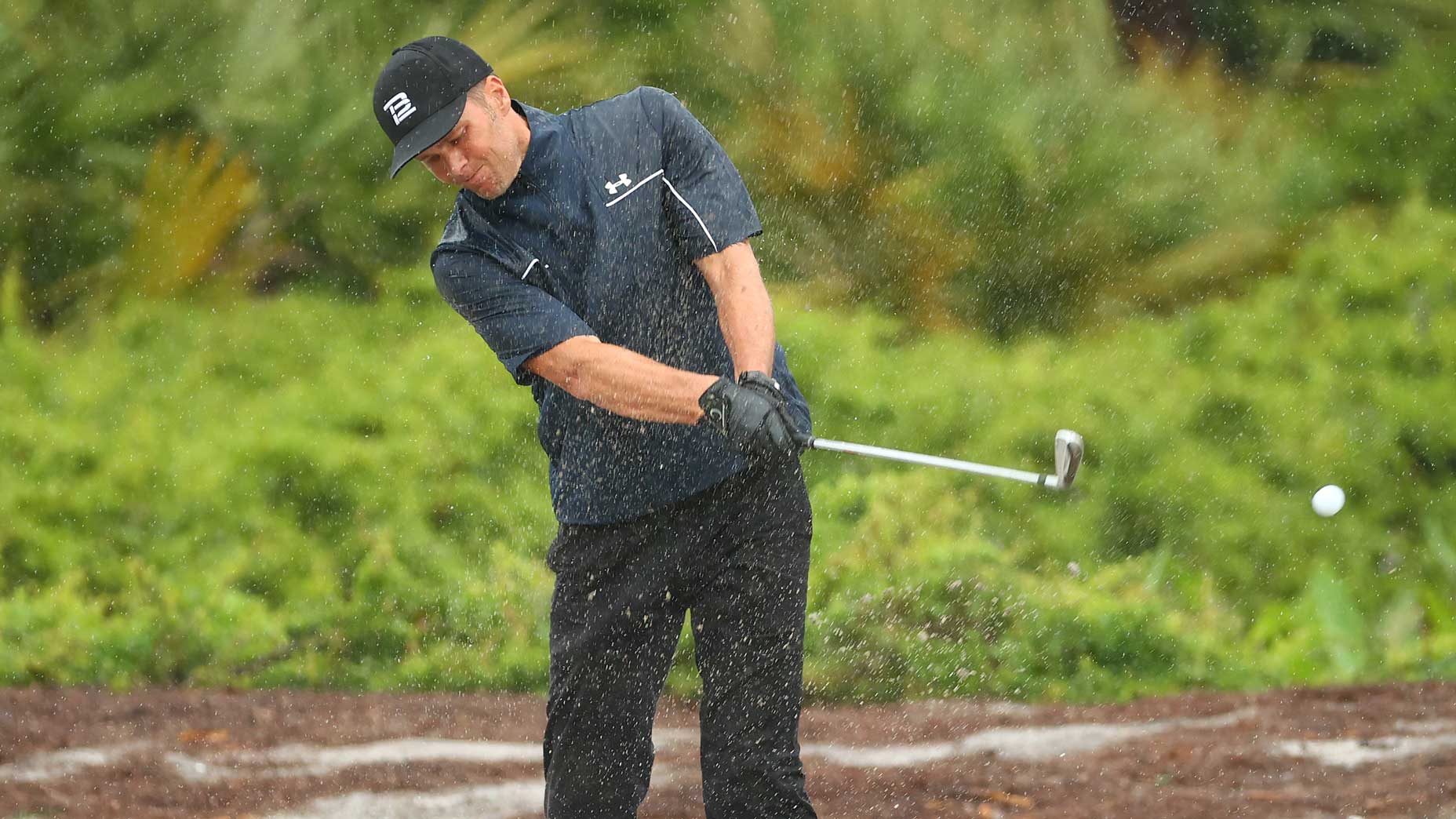 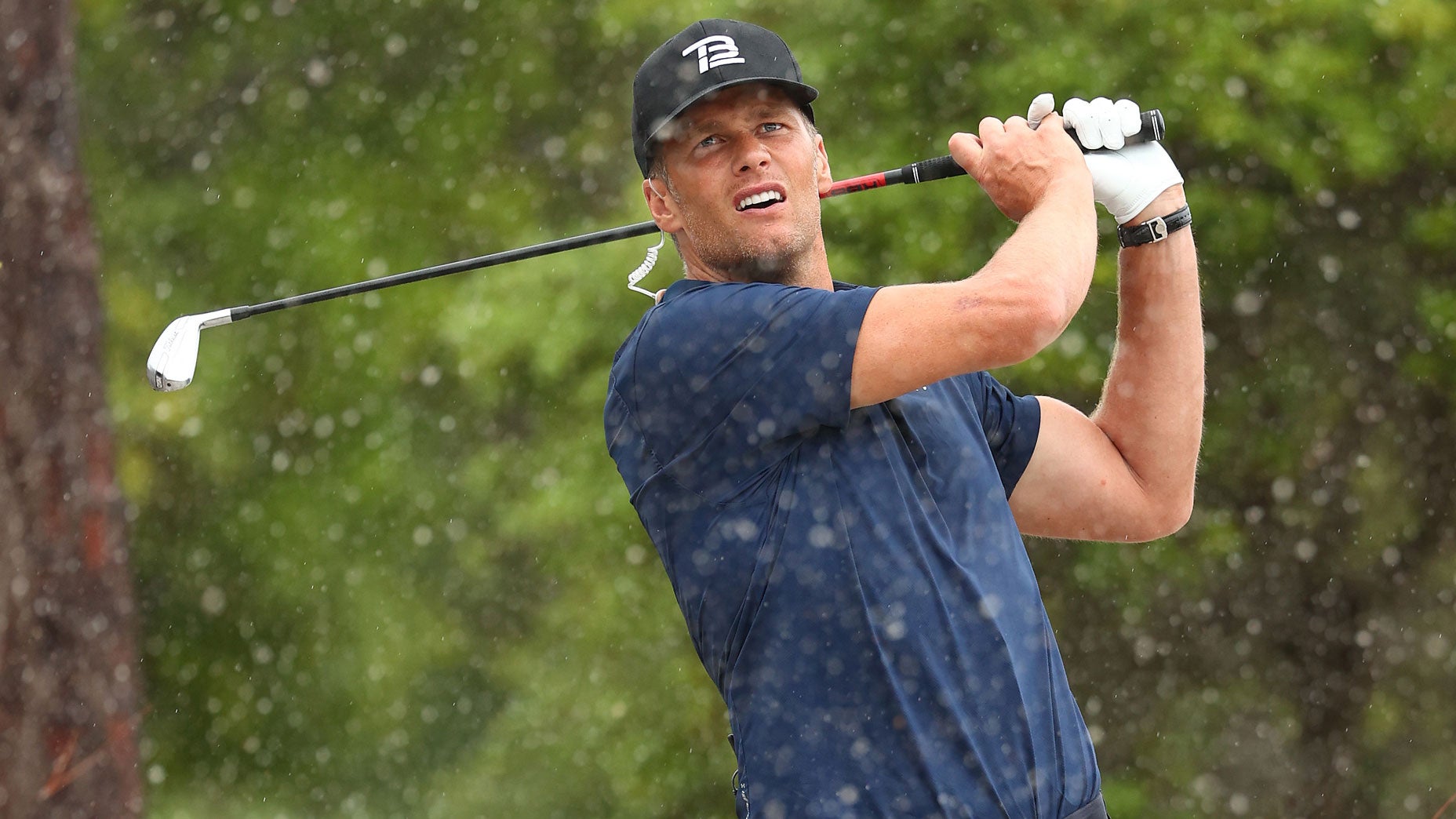 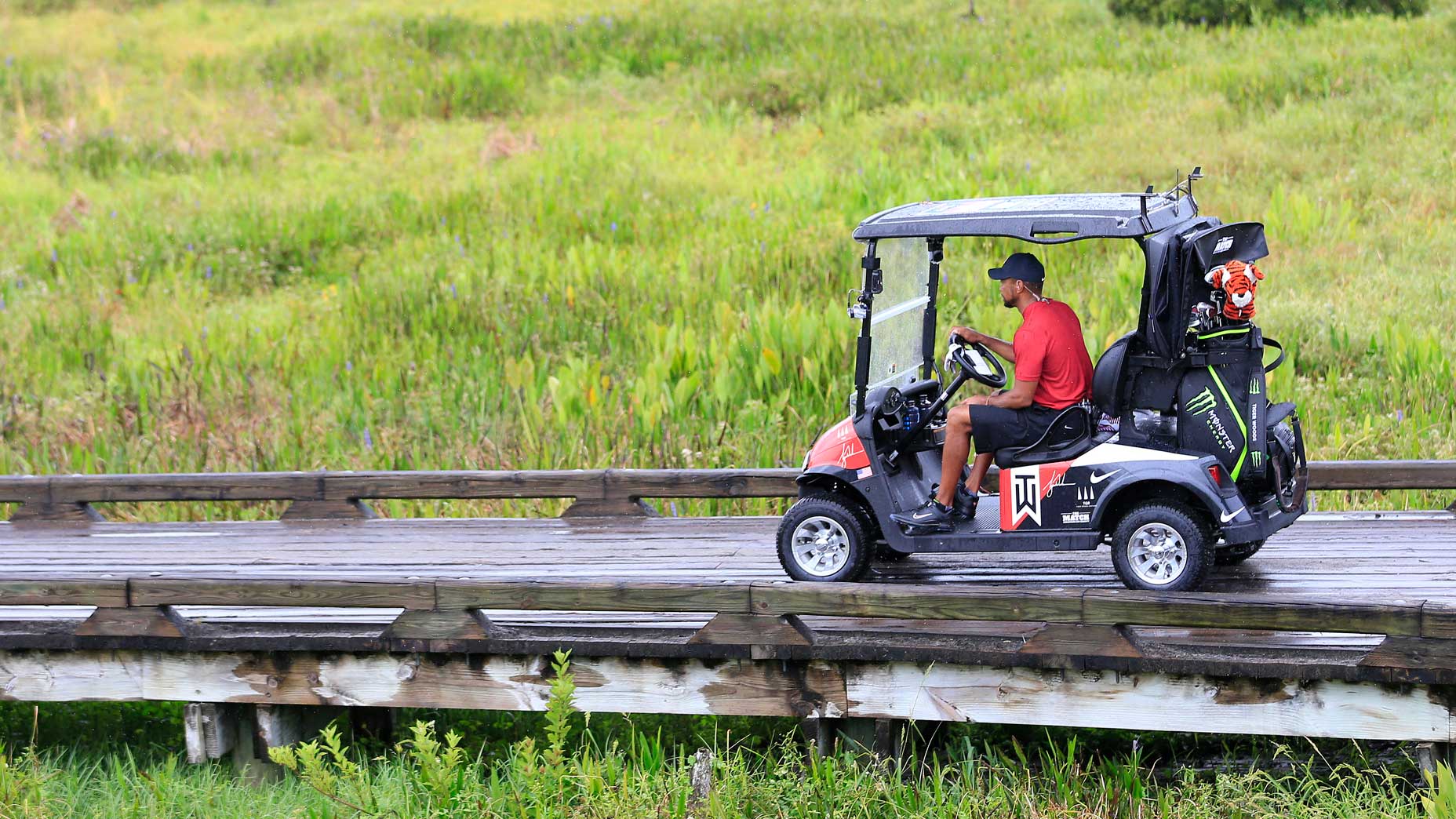 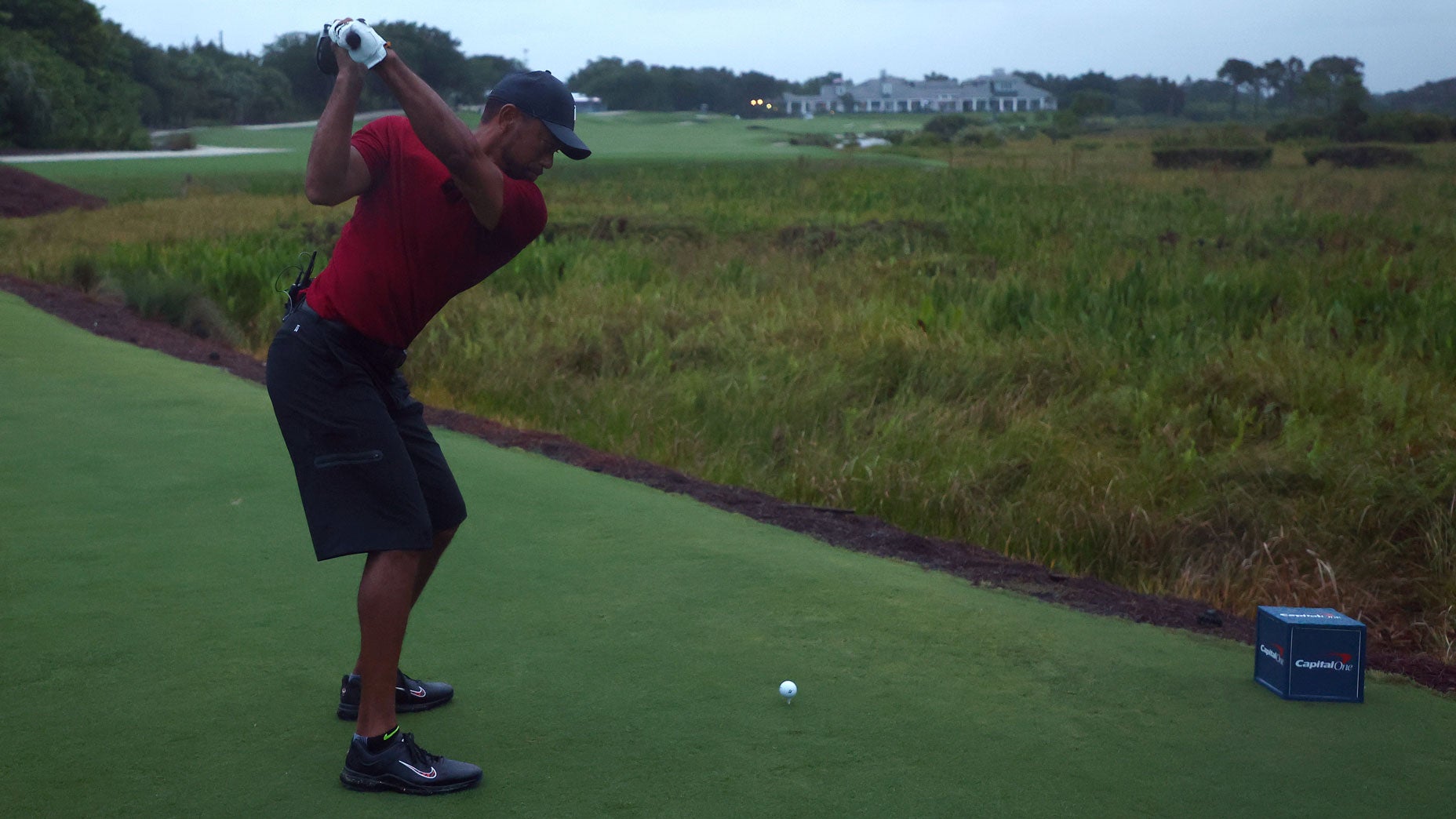 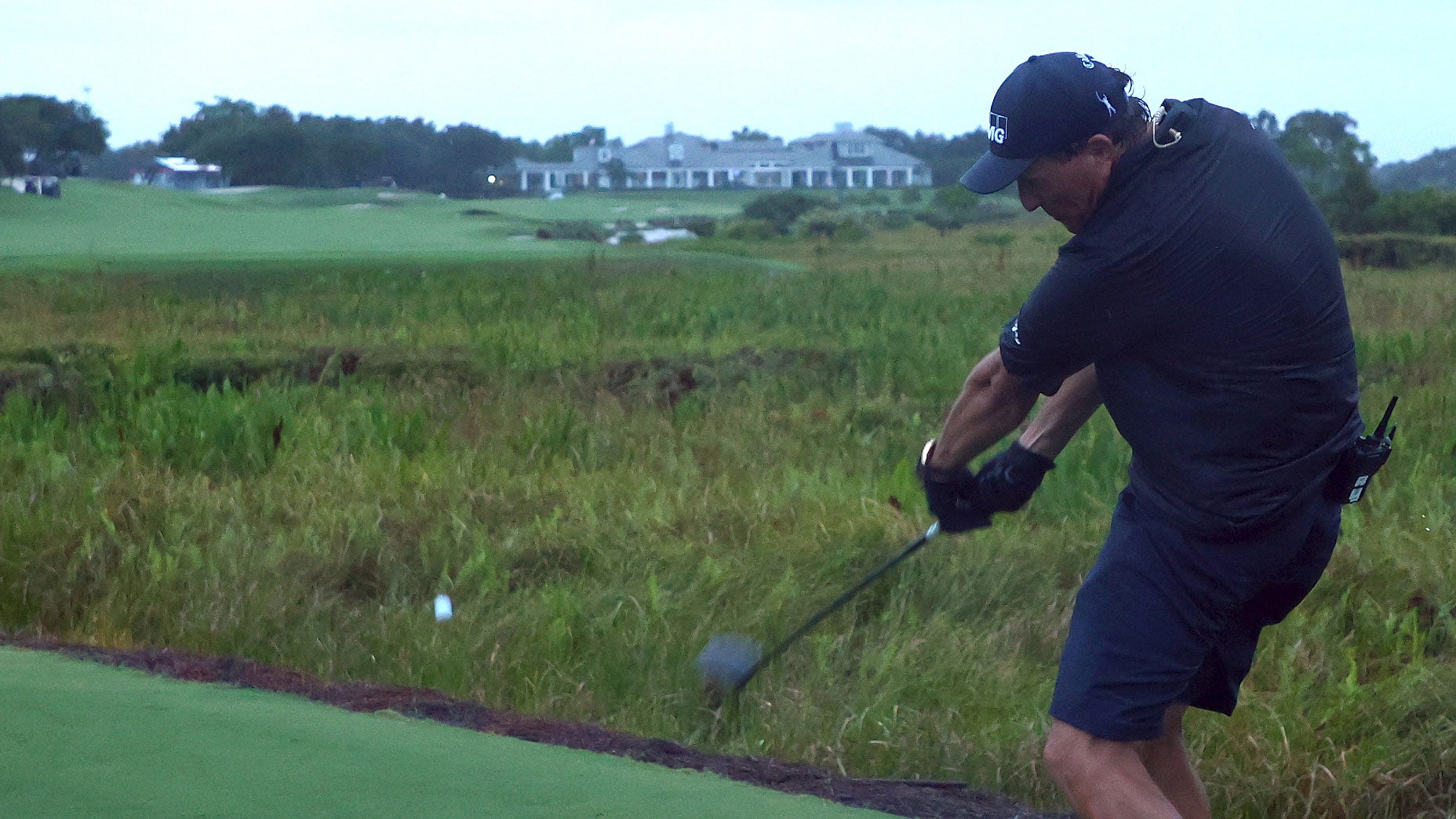 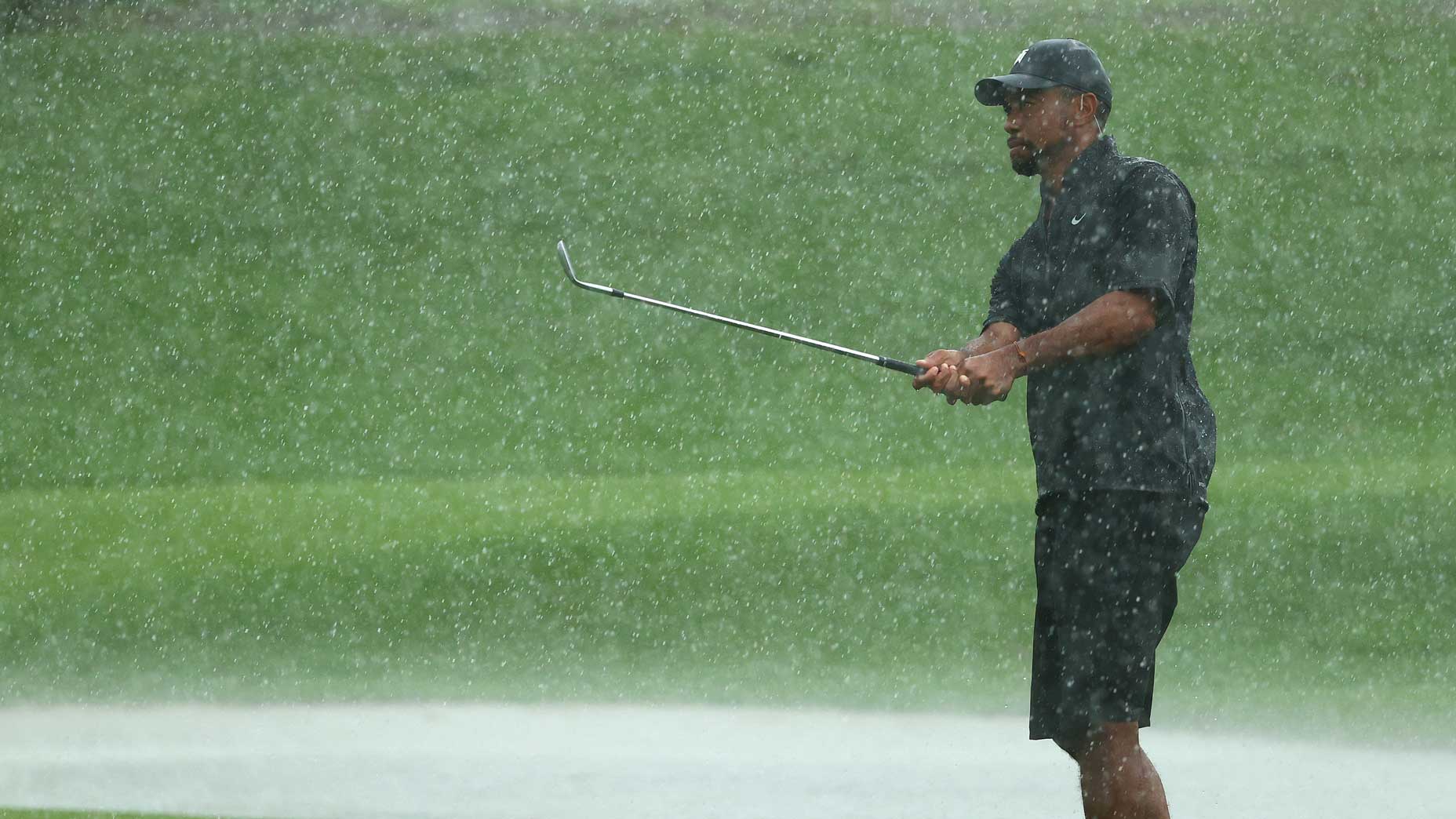