When the pandemic brought Bandon caddies’ work to a halt, it was the golfers’ turn to help them 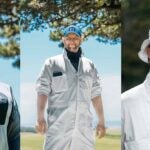 At Bandon Dunes, 374 caddies received a payout from an outpouring of support during the resort's Covid closure.

The 350 or so caddies at Bandon Dunes Golf Resort are a special part of the experience, shepherding blissed-out golfers across the heaving, windblown terrain while dispensing yardages, jokes and life lessons in equal measure.

For the lucky golfers who return year after year, intimate relationships are often forged, and favorite caddies get reserved months in advance. The loopers are also a big part of the fabric of Bandon, Ore., with its petite population of 3,130. They’re married to teachers and nurses, they put kids in the school district and all those crisp greenbacks exchanged behind the 18th green flow through the local economy. The caddies, of whom about a third leave town for the winter, know that their profession carries the whiff of scallywag, and so they try hard to be good neighbors.

“The old guys impress upon the new ones that there is a right way and wrong way to do things, and that’s as true off the course as on,” says Todd Petrey, a 17-year veteran of the Bandon caddie yard. “If you cut the line at the grocery store wearing your gear, that doesn’t go over so good. When you’re in town, you’re representing all of us.” In this spirit of ambassadorship, the caddies came together to raise money to build new basketball courts for the town’s youth center a decade ago.

When Bandon Dunes closed its doors on March 25 due the Covid crisis, the private contractors in white overalls were hit particularly hard. A handful found other jobs: stocking shelves in a grocery store or hammering nails to help build the pro shop at Sheep Ranch. But work was scarce and anxiety was through the roof. The only resource the caddies could tap was the considerable goodwill of the golfing public, which led to the creation of the Bandon Caddie Relief Fund.

“Getting this off the ground turned into a 12-hour-a-day job, seven days a week,” says Sven Nilsen, a one-time corporate attorney who has looped at Bandon for the last decade. “Some of the guys loved all the Zoom calls and meetings — it was their first taste of the what the business world is like.”

Bandon Dunes management came through with advice, technical support and an okay to use their heavily protected logo on fundraising merch. LPGA star Christina Kim threw her considerable enthusiasm behind publicizing a silent auction replete with goodies, including a skins game with herself and former Golf Channel travel guru Matt Ginella, a round with PGA Tour player Wyndham Clark and a one-of-a-kind FlagBag—a golf bag constructed using the flown flags of every Bandon course. On April 13, the Go Fund Me page went live, with Bandon Dunes spreading the word through social media and an email blast to 20 years’ worth of customers. The caddies, still sheltering in their homes, could watch the donations in real time on the Internet. Group texts lit up.

“There was a lot of excitement, a lot of exclamation points,” says Nilsen. “We were all chiming in, ‘Hey, that’s my guy, he just donated $500!’” By the end of the first day, more than $90,000 had been raised. All told, in excess of $300,000 came in, with 1,800 individuals making a donation, buying a hat or towel or claiming one of the items or experiences in the silence auction. (Bandon Dunes patriarch Mike Keiser kicked in $25K.) In a concerted effort to be inclusive, 374 caddies received a payout, with full-timers getting close to $1,500 and seasonal loopers taking home about a third of that. The money helped keep all of them afloat, emotionally as well as financially.

“One of the guys was going through a really dark time,” says Petrey, “and the fundraiser changed everything for him. It wasn’t even about the money. It was knowing that we hadn’t been forgotten and that so many people out there cared about us.”

When Bandon Dunes reopened its doors on May 11, the fundraising effort ended — but the goodwill endures. Golfers are now showing up at the resort toting hats and towels and tees with the Relief Fund logo. “It’s pretty heart-warming,” says Nilsen. “You should only do that if you want about 50 caddies to come up and thank you personally.”

Thanks to the much ballyhooed opening of Sheep Ranch, on June 1, Bandon is as busy as ever. Caddies remain in very high demand, even as they are wearing face masks and maintaining as much social distance as possible. Turns out that having a looper by your side is an integral part of the Bandon experience even in these trying times. Maybe especially now, as we’ve all been starved for human connection.

The caddies are hoping to harness all the positive energy they have created into an ongoing movement they’re calling Greater Than Golf. How this will be manifested, in the town of Bandon and beyond, is still being worked out. But to Petrey, the vision is already crystal clear.

“There’s so much good in the golf world,” he says. “All the caddies here saw and felt that in a big way — people were so generous and supportive. Now it’s our turn to return the favor.”