“So, what’s it like? Is it the best course out there?” my friends and colleagues asked.

Or, “Are you tired from the nine-hour drive?”

Insensitive louts, like so many golfers, they weren’t concerned for my wellbeing. They wanted other intel, and I don’t blame them.

With an official ribbon-cutting slated for June 1, the Sheep Ranch at Bandon Dunes, the biggest-news golf opening of 2020, was allowing limited preview play, so I’d motored up to Oregon from my Oakland home to squeeze in a few rounds.

It seemed only fair that I should field some questions.

Let’s start with that first one: What’s it like?

At a destination known for its minimalist aesthetic, the Sheep Ranch is, in some ways, the most stripped-bare of the courses, with just a smattering of trees and without a single bunker, on the smallest plot of Bandon’s five 18-holers, and by far the rawest looking swatch of land.

In other ways, though, it’s a maxed-out design, claiming more oceanfront than any of its siblings, with a mile-plus of coastline, nine greens on the bluffs and water views from every hole. The wind can whip anywhere, anytime at Bandon, but nowhere harder than it does here.

In its original iteration, the Sheep Ranch (or should it just be Sheep Ranch, without the article in front? As with Batman, I was told, you can go either way) was even smaller and rougher cut, a sleepy, semi-secretive 13-hole course that you had to access by special arrangement. To get there now, you drive to Old MacDonald, what used to be the northernmost course at Bandon, and keep going on a freshly paved road, a 10-minute ride to the new Sheep Ranch entrance. A low-slung, fog-gray clubhouse greets you, backed by a Pacific panoramic, a visual tease for the day ahead.

Bandon Dunes owner Mike Keiser, who developed the Sheep Ranch with his longtime business partner, Phil Friedmann, is not given to gushing. He calls the 1st hole of the Sheep Ranch the best opener in golf.

A broad-shouldered par 5, it plays through a wide, sparse corridor of pines, then elbows gently leftward over a ridge and tumbles toward the water. The green nudges up beside the cliffs, which, unlike the straight-edged coastline on Bandon’s other courses, zig in and out, allowing for holes that involve the ocean from all angles.

Bill Coore and Ben Crenshaw dreamed up the design, and the routing is inspired, making the most of modest acreage. As a space saving measure, a few holes start from shared tee boxes, their fairways radiating out in different directions. The course moves you through all points on the compass, but never does it merely move you up and back. While the holes along the water are sweet eye-candy, the ones that turn inland are no slouches either. They include my favorite, the par-5 11th, which spills past a patchwork of gorse on an uphill path to a crater-like green complex, its front rim blasted open to permit your approach.

I could go on, but I’ll leave the nitty-gritty to the architecture nerds.

Which brings us to the other question my pals put to me: Is this the best course at Bandon Dunes?

I won’t dodge that query. I’ll just ease into it.

It’s silly to think that Sheep Ranch will be anything but Bandon’s most sought after tee time throughout this year, and likely beyond, and that’s not due to its newness alone. The seaside holes are a powerful magnet, as is the uniqueness of the design and setting, with unruly grass bunkers in lieu of sand bunkers, and dead trees known as snags that look like ghostly gunslingers, dotting the property here and there. The Sheep Ranch is home to moody atmospherics unlike those of any other Bandon course.

Will design aficionados find cause to ding it? Maybe so. Some might gripe about the lack of bunkers (what, no sand to frame your tee shots?) or the cozy confines of the routing, which, compared to some of Bandon’s other courses, lessens the sense that you’re on a journey, transitioning from one world to the next. But design aficionados assessing courses can sound like art-house critics reviewing Marvel movies: out of touch with popular tastes.

The Sheep Ranch is home to moody atmospherics unlike those of any other Bandon course. 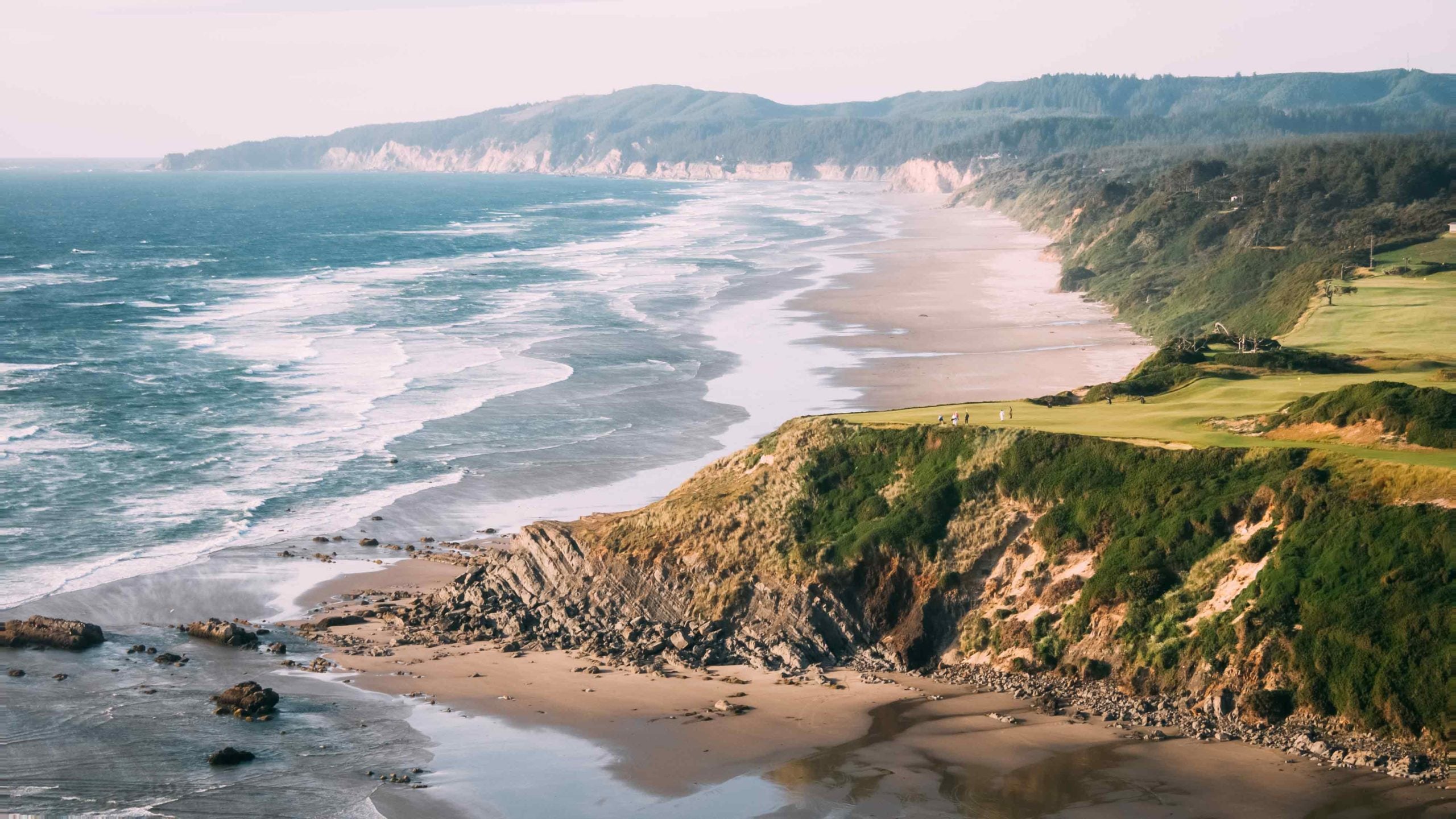 And anyway, it’s all good. Grillroom course-ranking debates are a central part of any trip to Bandon. You play a bunch of rounds; you bat around opinions. There’s no objective truth, no right or wrong. In my view, Bandon Trails is the best course at the resort, but I’d place Sheep Ranch not too far behind, creeping up on Pacific Dunes for second.

We can pub-brawl about it later.

Meantime, I see you have one final question: How was my drive?

It was long but scenic, and pending my wife’s permission, I’m hoping to do it again next month.