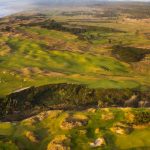 When Bandon Dunes opened in 1999, it was unlike anything golfers had experienced in America — the walking-only directive, the embrace of harsh coastal weather and rugged imperfections were a slap in the face to the cushy frameworks of traditional resorts. The remoteness of its central Oregon locale also raised eyebrows: would it succeed, let alone survive? It struck a chord in players’ hearts that very few knew existed. Twenty years and thousands of additional course acres later, Bandon Dunes is America’s single-greatest destination for golf-loving groups who want nothing more than to tee it up from dawn to dusk. What’s more, Bandon has inspired resorts around the world, both new and established, to rethink what it means to lure avid golfers. There are a variety of accommodations — anywhere from single-occupancy lodge rooms to four-bedroom cottages — that offer the necessary basics. And while a spa exists, it offers but two services. The spirit of the golf at Bandon, too, is rooted in basics, but don’t let that word fool you — the golf may be gritty and stripped-down at times, but the raw spirit and jaw-dropping views that envelop this place make you feel like the luckiest golfer alive.