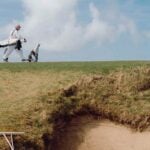 Caddies at places like Bandon Dunes (pictured) can enhance your experience.

Welcome to GOLF’s Travel Mailbag, a weekly, interactive GOLF.com series in which members of our staff field your course- and travel-related queries. Have a question for a future mailbag? Tweet us at @golf_com.

Hey Tim. Bandon, eh? I’m envious, but I’ll try not to hold that against you. Let’s get to your second question first. For trip-planning tips, you might check out this Bandon primer, which two of my colleagues (Josh Berhow and Alan Bastable) and I produced a few years ago after our own coastal Oregon getaway. That was before the opening of Sheep Ranch, Bandon’s fifth 18-hole course (you can read more about that here), otherwise, though, all the basics still apply. The cliff notes version is this: pack rain gear, leave your lob wedge at home (on the tight lies here, you’re better off embracing the old-fashioned bump-and-run), book as many tee times as daylight — and your body — will allow. And prepare to have a blast. It’s hard not to.

As for your other question — the caddie conundrum — the answer is a little more involved. You’ve probably heard it said that golf is 90 percent mental, and 10 percent mental. That’s all the more true when playing golf with a caddie: it really can enhance your experience — especially at a place like Bandon, with its quirky bounces and coastal winds and walking-only (barring a medical exemption) culture. But you’ve got to be in the right frame of mind.

The caddie discomfort you describe is not uncommon. A lot of golfers I’ve met balk at hiring a looper for various reasons. Sometimes, they’re simply being frugal (for what it’s worth, Bandon caddies are independent contractors; their base rate is $100, plus gratuity, which pencils out to an average of about $120 per bag). But more often, they’re leery of feeling added pressure: pressure to play well in front of a stranger, or pressure to make small-talk with someone they’ve just met. Some golfers insist they just want to focus on their game, on the course and on conversations with their playing partners, and they worry that a caddie will only distract them.

Maybe you share some — or all — of those concerns. How to deal with them? For starters, remember that seasoned caddies (and most Bandon caddies qualify as such) have been around the block. They’ve witnessed it all. Little that you do is likely to surprise them. No matter how well, or how poorly, you play, they’ve seen better and they’ve seen worse. They’re on hand to help you, not to judge you. If you sense their eyes upon you, scrutinizing every swing, that’s a good thing: they’re trying to make sure you don’t lose a ball. In short, you can set your performance anxiety aside.

The other thing to remember is that caddies are adaptable and undemanding. They’re also perceptive. They’ll sense what you want from them and do their best to oblige. If you’re not up for small-talk, they’ll keep quiet. If you’re keen on conversation, they’ll chat right back. The same applies to reading greens and pulling clubs. A good caddie can be as involved as you’d like. Or not at all.

As is often the case at courses with compelling architecture, the potential advantages of a caddie are all the greater at Bandon if this is your first time on property. These are course-knowledge layouts, and no one knows them better than the loopers. There’s also this: If you’re open to engaging with them, most caddies make great company. Many are characters, with stories to tell. Years from now, when you look back on your time at Bandon, it’s the stories you’ll remember, not your score.

Speaking of stories, on a Bandon trip I made a few years back, I was told that Steph Curry had just been at the resort and had a great time with the caddies in his group, so much so that he’d driven to downtown Bandon in the evening to shoot pool — and shoot the breeze — at the Arcade Tavern, a popular caddie hangout. A global superstar, hobnobbing with the local loopers. My guess is that if you wind up getting someone on your bag at Bandon, you might be tempted to do the same.