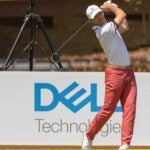 Billy Horschel is not among the favorites to repeat this week at the Match Play.

This week’s event on the PGA Tour is the 2022 WGC-Dell Technologies Match Play, the first WGC of the year, and the game’s best are all involved. A couple of Ryder Cup stars are tied as the favorites according to the WGC-Dell Technologies Match Play odds via BetMGM, but the defending champion deserves your attention, too. Here’s what you need to know.

The Top 5 players in the Official World Golf Ranking are all in the field at the Dell Match Play, but not all of them are favored to win the tournament. World No. 1 Jon Rahm, however, is. He leads the way at +1200, but he has some company. World No. 7 Justin Thomas also has +1200 odds to win this week.

The best bet, though, might be further down the list. Billy Horschel is the defending champion this week, having outlasted Scottie Scheffler in the final to take home the title last year. He’s continued his solid play in 2022, finishing T2 recently at the Arnold Palmer Invitational. At +3300 to win, Horschel is a steal this week. Of course, given the match play format, truly anything can happen, and predictions are tougher than with stroke-play tournaments, so bettor beware.

Since it’s the Match Play, it’s best to keep the format in mind when picking a long shot to bet on. This week, 48-year-old Lee Westwood could be your man. The veteran pro hasn’t played his best golf in recent years, but he has a long, storied career on the European Ryder Cup team.

Westwood has appeared in 10 Ryder Cups and was on the winning side seven times. His total Ryder Cup record is 21-20-6. Last year at Whistling Straits, in what was likely his last round as a Ryder Cup player, Westwood defeated Harris English 1 up. This week, Westwood’s odds sit at +12500, which means a successful $100 bet would pay out $12,500.

You can check out the top 15 in WGC-Dell Technologies Match Play betting odds as of Monday below, or head over to BetMGM to see the full list of odds and bets for this week.

How to bet on the WGC-Dell Technologies Match Play