Wall-to-Wall Equipment: Jon Rahm’s latest gear change was made with the Masters in mind 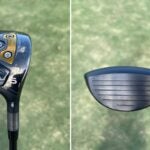 Rahm added a 5-wood for TPC Sawgrass that could see action in less than a month at Augusta.

No one is going to confuse TPC Sawgrass with Augusta National, but if there’s an area where the Venn diagram merges, and it’s in the gear department. Both courses require precision to score, particularly for those who have aspirations of attacking the par 5s in two.

Rahm, who rotates between a 22-degree Callaway X Forged UT Prototype and an 18-degree Epic Speed Triple Diamond T 5-wood, finally tapped the new Rogue ST after noticing a higher launch with the same spin and distance during testing. (From a design standpoint, Rahm’s Triple Diamond T has a slightly deeper face and more pronounced leading edge when compared to the retail offerings.)

“When we gave it to him a few weeks ago, we knew it was a very good replacement for his Epic Speed Triple Diamond T,” said Callaway Tour rep Kellen Watson. “It’s the same shape and characteristics — just a little different weighting setup in the new one versus the old one.

“Instead of two weights in the sole, it’s just one weight forward. With Jon’s head, we put glue inside the head in the back to get it to swing weight. The location also helps get the flight with it needs to be.”

According to Watson, Rahm saw “a good one degree” higher launch with Rogue ST — a performance characteristic that could come in handy at the Masters.

“Augusta, I would probably say the 5-wood would get the nod,” Watson said. “That’s a guess until you see the conditions, but it would be the most obvious choice for that course and what’s required.”

Small gear changes can sometimes yield big results on the course. In Paul Casey’s case, adding a single sight dot to his Scotty Cameron 009M Prototype putter was all it took to turn his fortunes around on the green.

“Nothing else has changed, but it feels like I’m swinging the putter a little bit better, keeping the head down better. That’s it.”

Casey, who typically uses a putter without an alignment aid, received the new 009 last Monday when he arrived at TPC Sawgrass and immediately put it in play. Casey ranked 12th in SG: Putting (plus-3.402) entering the final round.

It was bound to happen sooner or later. Dustin Johnson made another putter change at the Players Championship, replacing his TaylorMade Spider Itsy Bitsy with a TP Bandon 3 (37 inches). Johnson was seen testing three putters (TP Bandon 3, Spider Itsy Bitsy and Spider GT Black) prior to the first round before opting for the winged TP Bandon 3.

If the Bandon name sounds familiar, it’s because the putter has seen action in Johnson’s hands before. During the 2021 RBC Heritage, Johnson used a TP Bandon 1 during the final round.

The key differentiator between the 1 and 3 is a change in neck design. The TP Bandon 1 features an L-neck while the 3 comes equipped with a small slant neck — something Johnson has used almost exclusively since he switched to Spider six years ago.

Sticking it out — for now

As the great Lee Corso would say, “Not so fast, my friend!” Scottie Scheffler was introduced as a TaylorMade staffer last week, agreeing to terms on a multi-year deal that includes woods, irons and golf bag. As part of the agreement, Scheffler will play a TaylorMade Stealth fairway wood, all but ending his run with a Nike VR Pro Limited that dates back to his high school golf days.

For gearheads who appreciate the older clubs used on Tour, the deal particulars are a massive blow for one of the most recognizable fairway woods around. (Or maybe this gear scribe is blowing a potential fairway wood change out of proportion.)

“[The Nike] will eventually come out of the bag,” Scheffler said.

Scheffler was spotted with two fairway woods (VR Pro Limited and a 16.5-degree Stealth) in the bag early in the week, but when it came time to make a decision on Thursday, he opted to stick with the Nike — for now.

Not so Stealthy change

Adam Scott is taking full advantage of his equipment free agent status. After trying out several L.A.B Golf putters, the Aussie shook up the top of his bag at the Players Championship, replacing his Titleist TSi3 woods with TaylorMade Stealth Plus. Instead of making a gradual transition, Scott added a 9-degree Stealth Plus driver and two Stealth Plus fairway woods (15 and 19 degrees) to go along with a special set of Titleist irons and Vokey wedges.

With the Masters less than a month away, Scott still has time to optimize his setup before making the drive down Magnolia Lane. For the moment, his set composition appears to be a work in progress.

Ping and Odyssey debuted special staff bags for the Tour’s flagship event. To celebrate Odyssey’s run at the “No. 1 putter in golf,” the putter manufacturer created special bags and covers for pros to use for the entire month of March.

The PLD staff bag was used by Ping staffers to spotlight the new Putting Lab Design program that was recently introduced. Through the Tour-inspired putter program, consumers can now go through the same fitting process as Viktor Hovland, Bubba Watson and Cameron Champ and create a fully milled putter that’s customized to their specifications.

Jon Rahm said his Odyssey White Hot OG S needed a “timeout.” During the final round of the Genesis, and last week at Bay Hill, he played without the mallet that won him the U.S. Open. During Thursday’s first round at the Players, however, it was back in the bag, and the one-week-plus benching appeared to have worked.

“I haven’t been hitting bad putts,” Rahm said. “It’s been a month of seeing putts go by the edge of the hole that were good, and that’s what it was. Sometimes — I’m usually the last person to ever blame the putter. But I felt like I needed to because that was kind of out of sorts.”

“You know, went back to it today, and I feel like I almost — sometimes when you’re working on something and something is not working properly, I feel like I myself at least can put too much attention to it and I can be thinking too much on what’s going on with the putter, and I feel like this weekend completely reversed it,” he said.

Quick-hitters: Patrick Reed added a 13.5-degree TaylorMade Stealth Plus fairway wood. … Paul Casey switched to a Scotty Cameron Newport Tour Prototype putter with a sight dot on the topline to improve his address position. Casey had previously been using a putter without an alignment aid. … Webb Simpson dropped his Titleist TS3 driver for a 10-degree TSi3 that previously saw action during the Fortinet Championship. … Henrik Stenson replaced his trusty Callaway Diablo Octane Tour 3-wood with a 13.5-degree Mavrik Sub Zero.