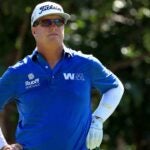 Charley Hoffman made waves Friday when he ripped the PGA Tour over a ruling he received. On Saturday, the Tour explained the decision.

Charley Hoffman was not happy when he came off the course at TPC Scottsdale Friday afternoon. His even-par round of 72 was just inside the cut line, but, in his mind, the round should have been two strokes lower.

Hoffman’s frustrations stemmed from a double bogey he carded on the par-5 13th hole earlier in the day. On the hole, Hoffman hit his ball into the water off the tee, took a penalty stroke and placed his ball back in play. However, after the ball was deemed in play, it rolled back into the water, forcing Hoffman to take another penalty stroke.

The four-time PGA Tour winner was furious with how the saga played out, and after the round, he took to social media to blow off steam.

“What a joke @usga@pgatour today on the 13th hole I hit my drive in the water and took a drop on a side of a hill that no grass,” Hoffman wrote in an Instagram post. “Dropped twice then place on a small tuff of grass. Turned around the ball started rolling into the water. I was under the impression that the @usgahad changed that rule. I was wrong. Had to take another penalty for doing nothing wrong at all. Did everything by the book. It’s still mind blowing that a group of amateurs rule the professional game of golf. I also blame the @pgatour rules officials for putting out a terrible penalty area line where this could even happen. No accountability at any level here. No protection for the players at all. You wonder why guys are wanting to jump ship and go play on another tour. Players need transparency, protection and consistency.”

The post generated tons of buzz in the golf world as Hoffman added fuel to the fire surrounding prospects of a new, star-driven league that is backed by the Saudi Arabia-based LIV Golf Investments group and headed by Greg Norman. Adding to the drama, fellow pros Bryson DeChambeau and Phil Mickelson commented on Hoffman’s post in support of his criticisms of the PGA Tour.

On Saturday, the PGA Tour explained the ruling and defended themselves against Hoffman’s criticisms.

“Because the ball was at rest after he placed it, the ball was in play,” said PGA Tour Chief Referee Ken Tackett in an interview with Golf Channel. “It was moved by natural forces, therefore, it was a new situation and he had to proceed under the penalty rule again.”

“The rule is pretty clear on what to do and how to handle it,” Tackett said. “They’d explained the rule to Charley, and he went through the conversations with the officials, asked for a second opinion, and he received that … That’s all we can do.”

“If you start changing an ambiguous line that might be a little higher, then it affects where did [sic] the ball last cross,” he said. “We are very careful in the placement of penalty areas. That line has been that way for years, and we followed the same guidance all around this property.”