How this U.S. Open champion is using data to improve his chances at the Masters

Gary Woodland will make his ninth Masters start next week.

GOLF has partnered with CDW and VMware to explore how the world’s best golfers develop secure game plans for the Masters. We’ll also look at how data can reveal not only which players delivered the all-time great Masters performances but also which 2021 Masters competitors are primed to break out. First up: How Gary Woodland has prepared for Masters week...

When it comes to playing in the Masters, it was love at first scorecard-signing for Gary Woodland. Shooting a 69 in your first-ever competitive round at Augusta National, as Woodland did in 2011, will do that to a player. But that flicker of early success has yet to grow into a flame for the 36-year-old, whose tie for 24th a decade ago remains his best Masters finish in eight appearances.

Still, Woodland, who has four PGA Tour wins, including the 2019 U.S. Open, has built up a cache of local knowledge at Augusta National — learnings and data that he’s hopeful will lead to a breakthrough performance.

“Playing there eight times plus practice rounds, and going in early a couple of times, you start to learn the little nuances that make that place so special,” Woodland told GOLF.com. “You have to avoid the big numbers because there are a lot of birdie holes out there, but you really have to hit your spots and know where to miss it.”

“It’s one thing for people to tell you that, but it’s another thing to go out there and experience it for yourself,” he said.

It’s easy to have confidence that you’re doing something right, but the stats can say something different. Gary Woodland 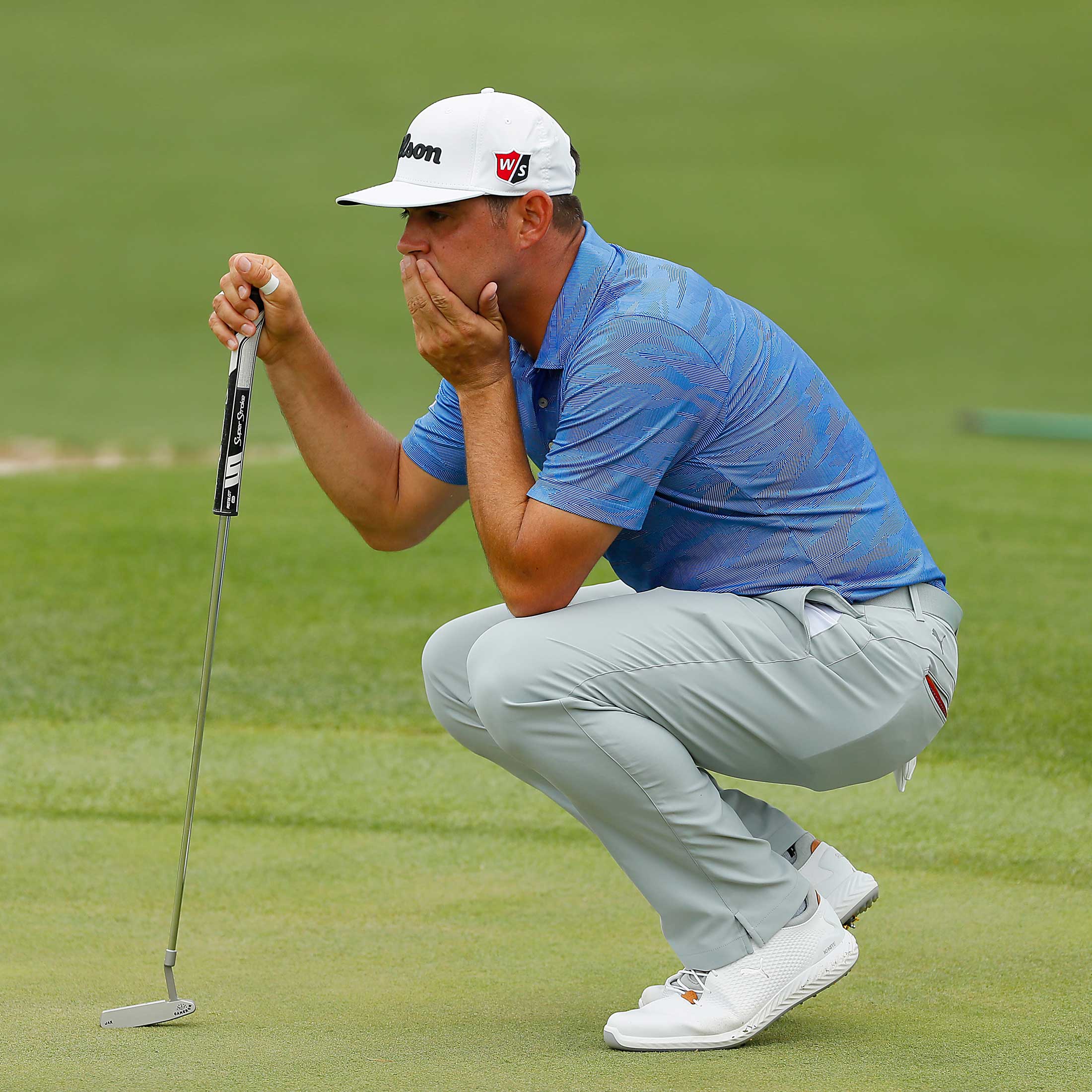 Woodland studies CDW-powered ShotLink data and talks with past Masters champions about preferred locations for misses when they do happen. “There’s no other golf course in the world where your misses just have to be in certain spots,” he said. “You need that data to find out where you can get it up and down and where you can’t miss, and we’re able to get all that information from ShotLink.”

Why rely on analytics? Because stats don’t lie, Woodland said. “It’s easy to have confidence or a feeling that you’re doing something right, but the stats can say something different. The availability of information, even from when I started on Tour (in 2009) has grown considerably — strokes gained, for example. All of this data helps us practice, prepare and become better players.”

That information is still useful even if Augusta National’s setup doesn’t typically change much year to year. “It’s easier to prepare sometimes knowing what to expect,” Woodland said. “It’s very much a second shot golf course that requires you to work the ball both ways. Distance control is a massive deal at Augusta and so is getting the ball up in the air. There are a lot of elevated greens, and the greens can be pretty firm at times, so you have to get the ball up in the air to stop it. So I start practicing months in advance to get it higher than I would normally for a typical tournament.”

Fine-tuning his equipment is part of that preparation.

This year, Woodland is using a ball that launches higher, plus shafts in his irons that are designed to help him get the ball up more quickly. Then there are those daunting greens, the biggest obstacle to success for Woodland at Augusta National.

“There’s more slope in those greens than we really see anywhere else, so the amount of break you have to play with the speed is a hurdle for me,” he said. “I’m definitely a better putter today than I was previously, so I look forward to conquering that hurdle this year.”

Despite that historic outward-nine performance, Woodland said his favorite spot at Augusta National is on the inward nine.

“I love being there on 12 tee,” he said. “It’s obviously a very challenging tee shot, but it’s a beautiful golf hole. You know that you have some par 5s and some birdie holes ahead of you, and you’re excited to be done with the 11th, which is a very difficult hole. The scenery, the crowd noise, the flowers — all of it makes 12 my favorite spot.”

And should Woodland arrive on the 12th tee box with the lead come Masters Sunday, no doubt he’ll love that spot even more.