U.S. Open 2019: The Tap Room has long been a who’s-who gathering place for post-Open celebrations, and Sunday was no exception 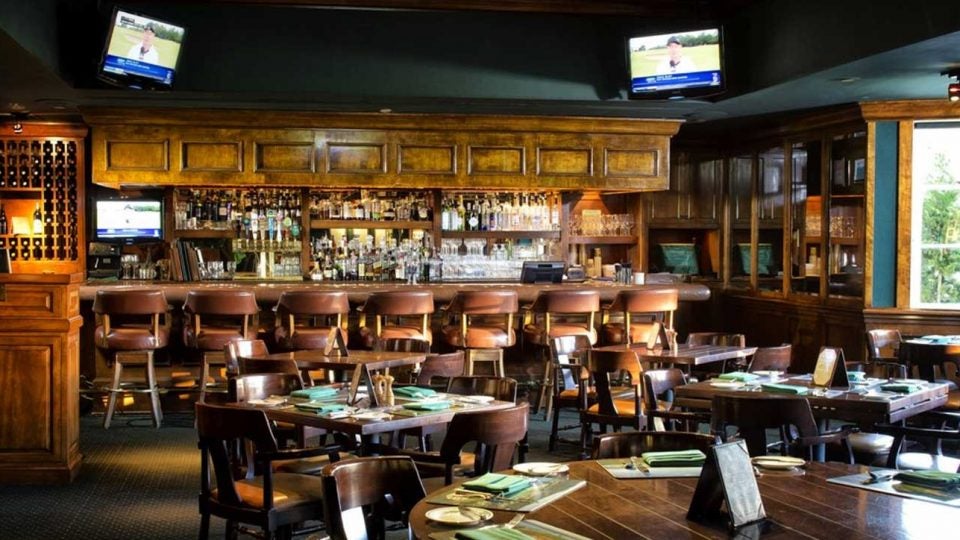 On Sunday night, the Tap Room was filled with golf luminaries: broadcasters, players, and of course, the members of the Woodland family.
Courtesy Photo

PEBBLE BEACH, Calif. — Before too long, Father’s Day would turn into back-to-work Monday, for most people. Not for this gang, a half-hundred or so lucky souls gathered in the Tap Room, epicenter of actual life, here in The Lodge. Not life on your phone or through a TV screen but actual life, golf people from most every road the game has, all in one place, raised drink in hand, talking about what just happened, the winner’s 3-wood on 14 and all the rest.

It was never going to be a regular Sunday night at The Lodge, just as Father’s Day 1972 was not, as that was the day Jack Nicklaus won the first U.S. Open ever played at America’s most famous open-to-the-public course, the Pebble Beach Golf Links. But you knew this Sunday night in the Tap Room was going to have a little extra pizazz the moment you saw the future Gary Woodland walk into it.

That is, Dan Woodland, father of the new U.S. Open winner.

Same body type at his son, same Wilson hat, but high on his head, same here-I-am demeanor. Look up unpretentious in your Funk & Wagnalls, and there they are, the father and son both, Dan and Gary.

“Congratulations, Mr. Woodland!” a Tap Roomer said to the father.

“Can I just say one quick thing about your son?”

The father nodded. “I appreciate that,” he said. “I hear that a lot. I will say he treats people right.”

Dan Woodland worked his way to a back corner table and a sort of conga line suddenly formed in front of him and behind. Then his son came in, carting the same large no-name trophy that winners have been carting around now since 1947. (The original was lost in a fire.) The first name on the trophy comes from England, Horace Rawlins, your winner in 1895, at the Newport Country Club, in Rhode Island. By Sunday night, the 2019 winner’s name was already etched in. The jug is Woodland’s for a year and he was already taking it out for a test-run Sunday night, taking off its lid, pouring his drink in it and lifting it with two hands for a no-drip sip. The house clapped upon his arrival and cheered his hoist. Nobody was feeling any pain.

Not Jordan Spieth (T65). Not his wife, not his parents, not his brother, gathered at a round table in the Tap Room’s center. Not Justin Thomas (MC). Not Brad Faxon (low amateur at the ’83 Open, now a Fox analyst). Not Brennan Little, Woodland’s caddie. Not Michelle Beisner and her husband Joe Buck, the Fox broadcaster, out of his on-air coat-and-tie and in a St. Louis Blues sweatshirt. Not Tom O’Toole, blazered lawyer, St. Louis guy, former USGA president. And certainly not Gary Woodland.

Gary Woodland arriving in the Tap Room for a celebratory dinner. Not pictured from a few moments later: Jordan Spieth, one table over, throwing actual spitballs at the champ. pic.twitter.com/jl683YAhey

Tournaments
Those who don’t win the U.S. Open are left with various levels of suffering

The new champion took the corner seat at the corner table, taking it all in, with Spieth, the jug winner in 2015, serving as his personal server. G. Woodland looked happy, and why wouldn’t he be? He was not antic at all, as you would expect. Just relaxed and in control, as he was most of the week. Well, he wasn’t always relaxed. He just didn’t let on.

Talk about your golf-talk live. The peeps were engaged. Joe Buck, talking about the course-work being done at Bellerive, where the PGA was held last year. Brad Faxon, recalling shot-for-shot, how Tom Kite played three long shots on 18 on Sunday on his way to winning the 1992 U.S. Open at Pebble, “with a balata ball, steel shafts, wooden driver and spiked shoes.” Brennan Little saying that his boss had no indecision for his second shot on the par-3 17th, except to play a nipped chip-pitch with a toe-down 64-degree wedge, “because there was no other shot.” Jordan Spieth making the case for Olympic Club, where he played his first U.S. Open, as his favorite Open course. “Made the cut on the number at 8 over par,” he said, remembering his first U.S. Open, in 2012, as an 18-year-old amateur. “Got paired with Angel Cabrera on Saturday, we both shot 69, got paired with him again on Sunday!” Angel Cabrera! Man, could he play. Now, the two dine together, on the Tuesday before the Masters. 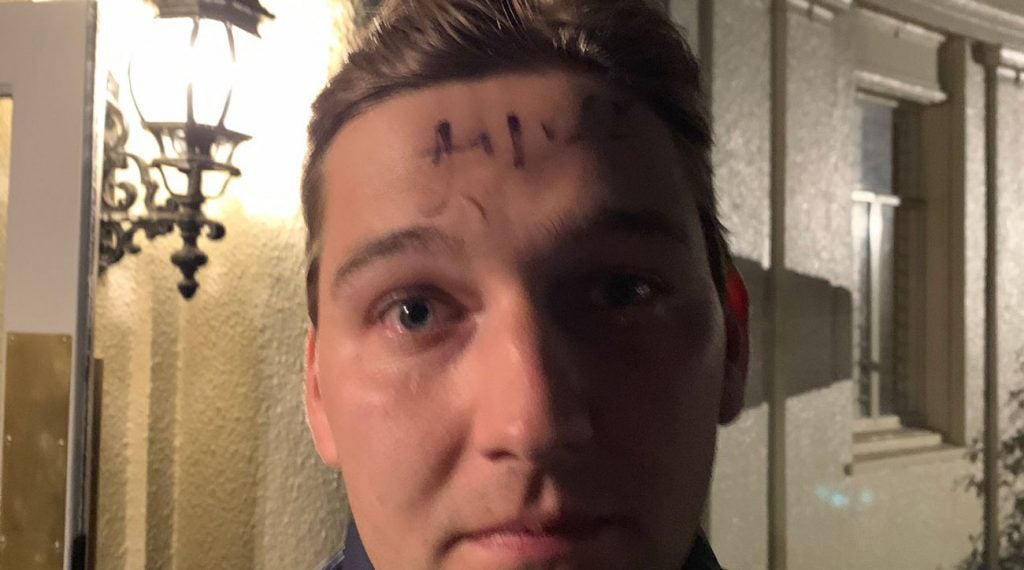 Eventually, Gary Woodland signed somebody’s forehead with a black marker (see photo above), because it was that kind of night. Eventually, ‘round one a.m., the bar shut and the Tap Room slowly emptied. The room’s manager had the good sense not to bring up the lights.