My day as a Shotlink volunteer, viewing the game in a unique way 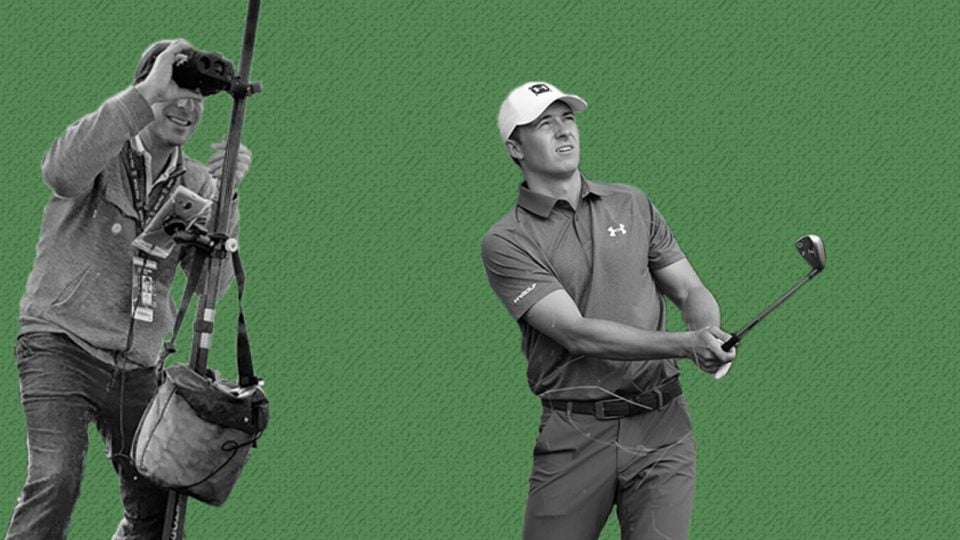 Huffing up to the first tee at Pebble Beach Golf Links, 20 minutes late, my first official act as a ShotLink volunteer was to get fired. “If you were a regular volunteer,” said my chaperone, Douglas Elsesser, “you would have already been replaced.” Properly chastised, I was then handed the keys to the kingdom: an earpiece that allowed me to communicate with the command truck and a small tablet into which I would input data.

This was the third round of the AT&T Pebble Beach Pro-Am, and I was assigned to follow the group that included Jerry Kelly and Ho Sung Choi. Normal ShotLink volunteers must complete a one-hour online training course, then receive two more hours of tutorials at the tournament site. Poor Elsesser had to give me my marching orders as we hurried down the first fairway. I’m not sure which one of us was more stressed out.

ShotLink is the advanced stats program that, beginning in 2004, has revolutionized how we think about professional golf by producing copious amounts of information on every shot struck by every player at every tournament on the PGA Tour. (More than 174 million attributes of over 20 million golf shots are currently stored in the system.)

In past seasons, some 300 volunteers a day were required to make things hum. Armed with lasers, the volunteers would shoot the starting and stopping point of every ball hit. Beginning this year, sophisticated cameras are being set up around green sites, capturing all of the putting data and cutting in half the number of volunteers needed. As more cameras are introduced throughout the golf course at each Tour stop in the coming years, even fewer volunteers will be needed. “But it will always take a human touch to keep the system running smoothly,” says Don Wallace, the Tour’s senior director of ShotLink. “There can be ambiguous or unusual situations that the computers can’t interpret. And we need people to help the volunteers and correct their occasional mistakes.” With a broad smile, he added, “Like the ones you made.”

Apparently, ShotLink gossip travels at the speed of light. It’s true, I was slightly overwhelmed during my first few holes. For every shot, I had to go through three or four screens on my tablet, tapping in information about the player’s location, lie and stance. (Other volunteers were lasering the ball to calculate exact distances.) The
instant the shot was struck it was my job to press a prompt on the screen, alerting the entire system (and helping the cameras find the ball). Alas, a few times I got caught up watching the shot in the air and failed to tap the button. This is the cardinal sin for a ShotLink volunteer. “When you look at the role of data in sports betting, this tech becomes universally important,” says Matt Troka, a vice president at CDW, the IT company that powers ShotLink. “When you incorporate gambling into this thing, you have to ensure the realtime accuracy of the system.”

The Tour doesn’t advertise this, but the ShotLink data can also be used to calculate each player’s pace of play. Once I learned that, I became swollen with self-importance. I sidled up to Kelly, whom I’ve interviewed many times, and informed him that if he wasn’t nice to me, I’d manipulate the data to earn him a slow-play penalty. He offered a signed ball as a bribe, which I greedily accepted. This was a flagrant violation of the rules Elsesser had laid down for me: “Don’t bother the players — let them initiate any conversation. Don’t go on the green or fringe. Try to look professional, because you might wind up on TV. Basically, you’re doing a good job if nobody knows you’re there.”

And yet it was impossible not to feel kind of special marching down the middle of the fairway, loaded with as much gear as a Navy SEAL. No wonder being a ShotLink volunteer can be addictive. Behind Pebble’s second green I chatted with Dick and Patti Marriott. They were working one of the lasers. For the last decade, the couple has traveled to Pebble from their home in St. Louis, and the par-5 second hole has become their favorite spot because “there’s always a lot of action with the players
going for the green,” said Dick. They take turns on the laser. “We’re both over 70 now, and our bladders are small,” he said by way of explanation. What keeps them coming back? “It’s a nice way to watch golf,” said Patti. “The players are kind to us because, I think, they recognize we’re helping them do their job better. And it’s fun
to be a little part of the show.”