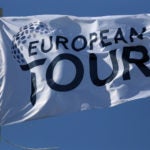 The European Tour season will look plenty different this summer.

The PGA Tour is set to return in just a few weeks and the European Tour is now set to follow six weeks after. The second biggest tour in the golf world will return with a 6-tournament “UK Swing,” beginning with the British Masters on July 22.

The Euro Tour announced the decision as part of a greater scheduling update Thursday morning. The British Masters will be the first Euro Tour event played in 20 weeks due to a shutdown following the coronavirus, and for the time being, all events will be held without spectators on site.

The new schedule goes as follows:

The English Open and the English Championship will take place during the same time as the WGC-Fedex St. Jude Invitational and the PGA Championship. Both those events take place in the United States.

Euro Tour commissioner Keith Pelley offered a statement, which included this explanation: “We have consistently said that safety is our absolute priority and that is why today we are announcing our resumption in two months’ time supported by a comprehensive health strategy which has been led by our medical team.

“Without question we have had to think differently about the remainder of our 2020 season which is reflected in today’s announcement. As golf’s global Tour, diversity is ordinarily one of our biggest strengths, but in this instance it has become one of our biggest challenges.”

There are currently no European Tour events scheduled in September while the professional golf attention will turn to the U.S. Open at Winged Foot and the Ryder Cup at Whistling Straits. That could potentially change as new information about safety and guidelines across Europe are better understood. Currently, the schedule will pick back up with the Alfred Dunhill Links Championship, being played as originally scheduled on Oct 1.

The Scottish Open and BMW PGA Championship will follow in October before the Euro Tour season ends at the DP World Tour Championship in mid-December.