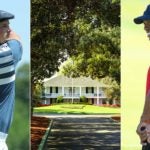 Can Bryson keep it going? When will Tiger return? And what can we expect from a November Masters?

The year 2020 is half over. The first half, as we all know, wasn’t great. Golf fans at least got a little boost when the PGA Tour returned in June, well before any other major sports league. Better yet, there’s still plenty more golf to be played this year — and some big-time storylines that need to play out. To the list!

When will Tiger Woods be back?

Good question! One would guess Tiger Woods returns at the Memorial, Jack Nicklaus’ place, next week. He’s won there five times and it’s the biggest event of the first six on the PGA Tour schedule since it resumed last month. He looked healthy and sharp during his charity match in May, so it seems unlikely he’d skip Muirfield Village. There’s a chance he’s just being more cautious with his schedule due to the coronavirus and how it’s shifted life on Tour, and if he is, it’s hard to blame him.

With apologies to my home state, he won’t play the 3M Open in Minnesota July 23-26, and the next two weeks after that are the WGC-FedEx St. Jude in Memphis, Tenn., and the PGA Championship in San Francisco. My guess? We’ll see Tiger at the Memorial and then the PGA, skipping the 3M Open and WGC in between. (Oh, and there’s more on Tiger below.)

Can Bryson DeChambeau keep this up?

Yes, he can. (You hear that, TPC Harding Park?) He’s now recorded seven straight top 10s, and this streak started even before he put on an extra 25 pounds when the Tour shutdown for a few months. He’s been cutting through classic golf courses, like last week in Detroit, and he doesn’t seem to be slowing down. He’s second in Strokes Gained: Off the Tee and 12th in Strokes Gained: Putting. That’s a lethal combo, but what’s even more terrifying for fellow pros is that it might be difficult to find a golfer who seems more committed to their game and training right now. And something’s working for Bryson.

When will fans return?

After five fanless events to begin the Tour’s restart, next week’s Memorial in Dublin, Ohio, was supposed to be the first tournament with attendees on-site, even in a small capacity, but that was squashed on Monday.

“Given the broader challenges communities are facing due to the ongoing Covid-19 pandemic, we need to stay focused on the No. 1 priority for our Return to Golf — the health and safety of all involved,” said PGA Tour Commissioner Jay Monahan in a press release. “While this was a difficult decision, it was one made collectively, and we are appreciative of the process undertaken to this point that will allow us to welcome on-site fans when the time is right.”

Three of the next four events after the Memorial — the 3M Open in Minnesota (July 23-26), Barracuda Championship in California (July 30-Aug. 2) and PGA Championship in San Francisco (Aug. 6-9) — have all announced they won’t allow fans. The WGC-FedEx St. Jude Invitational (July 30-Aug. 2) has yet to make a decision. Mark Brazil, the tournament director for the Wyndham Championship in North Carolina (Aug. 13-16), said two weeks ago he was hopeful fans could attend. (Brazil has not immediately responded to GOLF’s request for an update.)

The correct answer for the remainder of the events in August and the fall might just be to wait and see. As Covid-19 cases rise in some states and fall in others, it might be simply too early to plan to have fans in attendance — or not — only to change course.

The USGA is still forming its plan for this fall’s U.S. Open, scheduled for Sept. 17-20 at Winged Foot in Mamaroneck, N.Y.

Craig Annis, the USGA’s chief brand officer, told GOLF.com on Tuesday that “the USGA continues to work through different scenarios in order to conduct the best and safest championship for everyone involved. We are working with the state of New York and the Governor’s office and hope to confirm our final plan regarding on-site attendance soon.”

The Masters has yet to make any sort of announcement regarding fans for its rescheduled date of Nov. 12-15. For an event so far out, the wait-and-see mentality seems like the smart play here. (A guess? If controlling Covid-19 in the U.S. gets better, a small number of fans will be allowed, perhaps through a secondary lottery of initial winners, and those who don’t get chosen will automatically be selected to attend the following year’s Masters.)

For starters, Augusta National is seasonal. The Masters’ usual April dates are at the end of the club’s season, but the new November dates mean the tournament will be held about a month after the club opens.

It will be colder, and daylight will be an issue. Sunset for the new Masters Sunday is 5:25 p.m., which is about 2 1/2 hours earlier than what it would have been in April. That likely means split tees on Thursday and Friday (which Augusta rarely does, but used for the final round of 2019 when inclement weather was approaching), and earlier weekend tee times, perhaps even split tees again.

As for the course? Azaleas won’t be blooming, but hey, maybe Augusta will come up with a different rare flower to showcase. Jack Nicklaus won six Masters titles, so who better to describe Augusta in November. Here’s what he told our Michael Bamberger earlier this year:

“I try to stay away from Augusta in November, because of the overseed. The fairways are never good then. But they’ll figure that out. They’re going to have to figure out how to get the overseed in and get it cut short and get it crisp so they can play golf shots. That would be the most difficult thing to have in November. I think they’ll try to dry up the fairways. I think the golf course will play relatively short in November. The greens will be fine. As a matter of fact, the greens will probably be better in November, because they should be drier then. They’ll be able to get the greens firmer.”

Augusta National has hundreds of plugged-in and powerful members, months to plan and a large bankroll. The green jackets can make the course look however they want come November, and we’ll hardly notice a difference.

Who are the majors aligning the best for?

I have three answers. Answer No. 1: these guys are pros. They know how to tweak their schedule and modify their plans to peak when they want to, and every pro we’ll see at this year’s majors started creating their new plan of attack months ago. The best players on the planet will be ready for the new major schedule.

Answer No. 2: Justin Thomas! The guy cleans up fall and winter events — i.e. golf’s offseason, which is now when two of the three majors will be played. Seriously, he has 12 PGA Tour victories, and exactly three have come during the summer, all in August (which is also when this year’s PGA will be played). Here’s a quick rundown of his wins by month: January 3, February 1, March-July 0, August 3, September 1, October 3, November 1, December 0.

Answer No. 3: Perhaps, not Tiger! He’s already told us just how difficult it is for him to get his back in playing shape when it’s cold. “My back impacts every shot I play, it’s just part of the deal,” he said at the 2019 U.S. Open at Pebble Beach. “Let me put it this way, I feel every shot I hit. I think that’s always going to be the case from here going forward.”

Golf Channel analyst Brandel Chamblee echoed that sentiment last month, saying “I look at Tiger and I look at cold venues, potentially cold venues as being sort of problematic on an aging, injured or prone-to-injury back.”

Is it time to count Tiger out? No, don’t be silly. But you know he’s one guy who won’t be psyched for a chilly early morning tee time.

When will Jordan Spieth break out of this slump?

Why do we keep talking about this? Well, because Jordan Spieth’s winless drought and search for his form of old remains one of golf’s most compelling storylines. He’s beloved in the golf world, seemingly everyone thinks they can “fix him,” and he keeps teasing us with a T9 here (Pebble Beach) and a T10 there (Colonial). He’s in the field this week at the Workday Charity Open, as the World No. 58 still seeks his first victory since July 2017.

2021 U.S. Open cut: How the cut is determined at Torrey Pines (and who is in danger of missing it)

4 ways the U.S. Open changed during Mike Davis’ era, according to Mike Davis