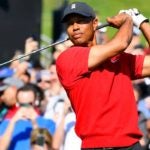 At his peak, Tiger Woods had an absurdly low +9.3 handicap index.

Golf is a unique sport in that there is a rating system for players — a handicap index — that gives players a sense of just how good they really are. Handicap indexes are great for everyday players because they give perspective on where their games are compared to others. It also provides a way for players to compete even if they are of different skill levels.

However, even with the handicap system, we rarely hear about what index pros carry. We got some insight on this earlier this week as Lou Stagner of DECADE Golf did some serious legwork and calculated the indexes for various PGA Tour pros. He calculated the scores for players between 2016 and 2020 and came up with some fascinating results which you can read here.

Yesterday Stagner took it a step further and published his calculations on Tiger Woods’ handicap index for the entirety of his pro career — from 1996 all the way to present day. You can see the full graph in the tweet below.

There are several interesting things to note about the graph, but before we get into those it is important to note that the x-axis is not labeled for years, so it’s difficult to parse out exactly when some of the peaks and valleys occurred.  Now to the data. Here are four observations from Tiger’s handicap index over the years.

That is just a disgustingly low index which he achieved in 2008. But when you look at his results in 2008 going back to late 2007, well, it makes sense. Starting in August of 2007 his results go as follows: 1-1-T2-1-1-1-1-1-5-2-1. During that stretch he won two World Golf Championships, the FedEx Cup and two majors, and he was only beaten by six (!) golfers in 11 events. It can be easy to become numb to just how good Tiger was in the 2000s, but when you look at the numbers you remember what a dominant force he was.

While Tiger’s peak was impressive, the consistency he’s achieved is equally extraordinary. Even through four swing changes, countless injuries and a personal scandal, Tiger has kept his career average index lower than any other pro’s average index over just the past four years. Dustin Johnson leads that list with a +6.5 index, but that four-year stretch still doesn’t exceed Tiger’s 24-year pro career index.

The mid-2010s were marred by significant struggles for Tiger as many (himself included) wondered if he would ever compete again at the highest level. He struggled with injuries during the 2015 season and his second-round 82 at the Waste Management Phoenix Open was the worst of his professional career. He also missed back-to-back cuts in majors for the first time. The 2015 season marked his first following a split from his swing coach Sean Foley, although the downward trend of his index occurred while the two were still working together in 2014.

It might not be in the crazy-low territory he used to be in, but +6.5 is nothing to scoff at. Tiger might have struggled a bit after his win at the Masters last April, but as he displayed at the Presidents Cup (and The Match II for that matter), he is still very much in control of his game.

What's the difference between foursomes and four-ball?

Bryson DeChambeau's protein shakes are on sale this weekend