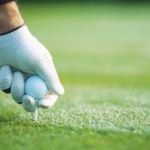 When the first tee shot is struck at Colonial it will be more than ninety days removed from the canceled second round of The PLAYERS Championship. That is a layoff that would make even Bruce Lietzke a little antsy.

Be assured, just as you are salivating at the prospect of PGA TOUR golf returning, the competitors are equally as excited.  Indeed, I am sure that even someone as laid back as Dustin Johnson is a little amped up at the prospect of getting back into the fray.

Further, just like you, the PGA TOUR’s best are loaded with anticipation, nervous energy, hope, and even a little anxiety.  And those feelings will only ramp up as game-day nears.

Now it would be easy (and intellectually lazy) to assume that if the golf swing was in good working order, the putting stroke was smooth, and the touch around the greens was on-point the scores would manifest nothing but good news.

Honestly, nothing could be further from the truth.

Performance, at any level, is a function of more than just your physical attributes.  Mental acuity and emotional equilibrium also play a substantial role in your success.

Thus it seems sensible that we understand our inner workings and how we respond to a stressful environment – in this case the return to a golf contest – so we can hit the ground running.

The main element to grasp is the “Fight or Flight” release of hormones elicited by your Central Nervous System in response to incoming sensory information from your environment. This all-important reaction essentially slows down unnecessary bodily functions and accelerates important “life-saving” mechanisms.  Its symptoms may include an increased heart-rate, clammy hands, increased perspiration, “butterflies in the stomach” or nausea, a feeling of being tense or anxious, and in extreme cases loss of bladder control.

These feelings are all completely normal and they need to be expected and embraced.  They are evidence of your body preparing itself for high performance.  I stress to all my competitive clients that when these feelings inevitably occur it is the body accessing its “Superhero-mode”.

To quote noted Psychologist, Dr. Carolyn Fisher:  “The fight or flight response is an important reaction that we all have and need, but it’s meant for true stress and danger. Everyone is going to have it in varying degrees for different reasons, but learning to slow down, be aware and conceptualize what’s actually happening can help you regain control.”

Along those lines I turned to a dear friend and expert in Fear and Anxiety disorders, Dr. Kevin Chapman (who recently appeared on my On the Mark podcast).

Says Dr. Chapman:  “Anxiety is also known as ‘Preparatory Coping’. It has the purpose of alerting us to a future threat.  Anxiety contains three parts: Thoughts, Physical Sensations and Behaviors.  This experience is meant to help us in taking effective action in dealing with a threat. Coming off a long lay-off is something that ‘should’ be anxiety-provoking.  Understanding that this anxiety is trying to prompt us to prepare to utilize our skills (which is why our arousal increases) while shifting our attention to the situation, will will lead us to successfully regulating the anxiety, which will lead to a positive outcome or performance.”

Fundamentally, the things that the pros, and you, will feel upon return to competition are completely normal, and to be welcomed.

Don’t stress, your system is not shutting down… On the contrary, it is arming up for battle.

Understand and welcome your “SuperHero juice”.

Don’t panic, just make sure you “dot your I’s and cross your T’s”.

Focus on your score and don’t worry about how strange your swing might feel,

And don’t forget to smell the roses.