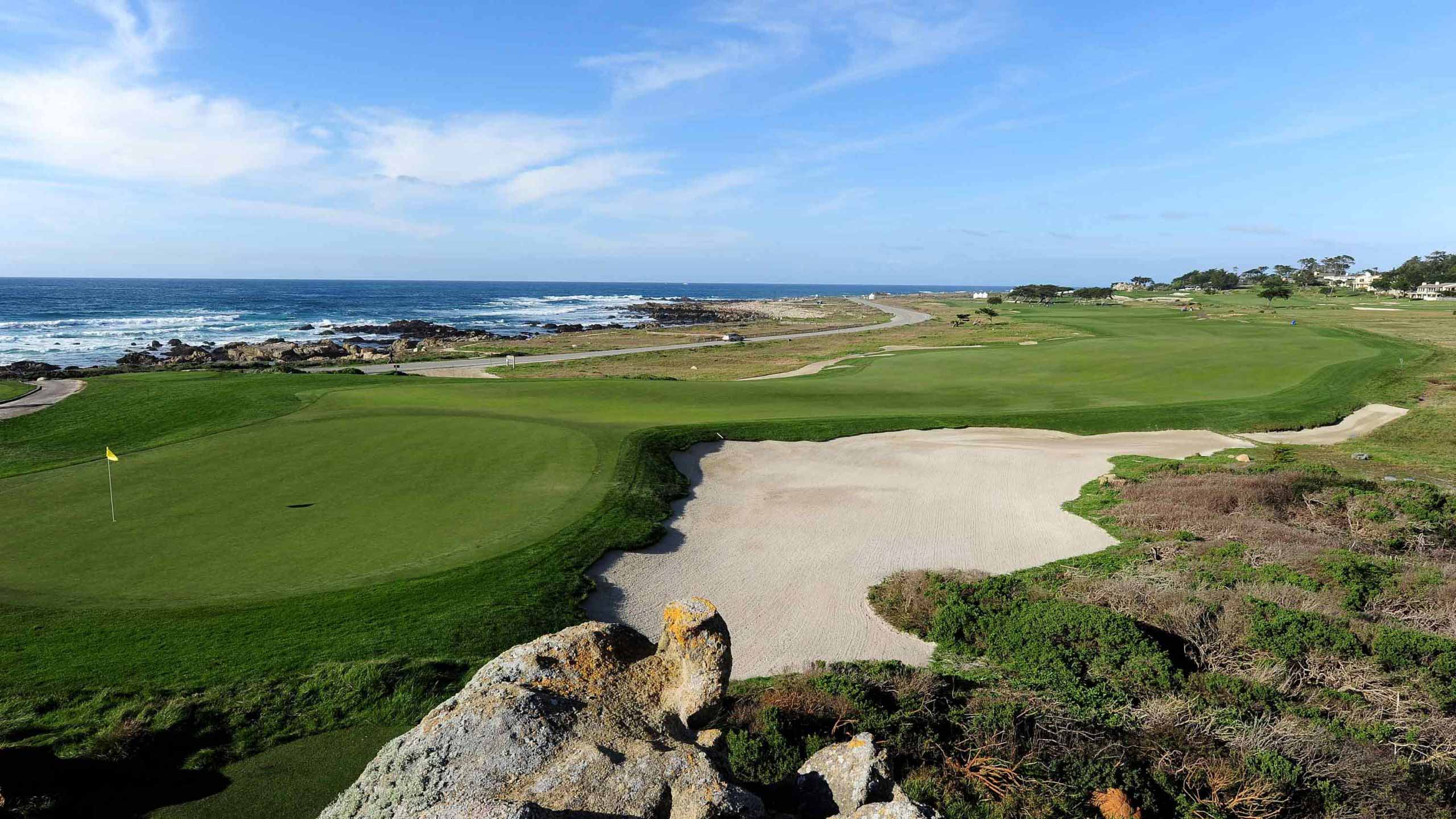 For nearly a half-century the Zollers have been the first family of golf in Pebble Beach. John, the patriarch, left his stomping grounds of Eugene (Ore.) Country Club in 1974 to become the superintendent at Monterey Peninsula Country Club. A couple of years later he was made general manager and the second oldest of his six kids, Bob, took over as super at 23. “I was a total imposter,” he says with a laugh, “but I guess the board figured my dad would be around to look over my shoulder.”

But John soon left to become the director of golf at Pebble Beach Co.; after a few years there he went on to run the Northern California Golf Association and then helped Clint Eastwood launch Tehama, Eastwood’s private club in the hills of Carmel Valley. Wherever he went, Big Z — John’s universal nickname — was always well-received, a friend to all and a man revered as one of the best amateur golfers in the state. Bob is no less beloved, a raconteur who always attracts a crowd and an accomplished golfer who regularly ran herd on the Wednesday and Friday morning money games at MPCC.

While his father helped develop a number of courses throughout Northern California, Bob’s heart has always been at MPCC. “I spent the first decade learning on the job,” he says. “I spent the next decade getting comfortable. Then things got really interesting.”

On Bob’s watch, both of MPCC’s courses underwent massive renovations — the Shore in 2003 and the Dunes in 2016 — with each now earning a spot on GOLF Magazine’s list of the Top 100 Courses in the U.S. It is a towering legacy but Zoller instinctively deflects credit.

“The guys has zero ego,” says course designer Tim Jackson, who along with his partner David Kahn oversaw the redo of the Dunes course in 2016. “He created an environment that allowed us to do the best job possible, as I know he did for Mike Strantz (on the Shore renovation). Bob was a master at protecting and insulating us from the politics and challenges that come with working with clubs and committees. I’ve never met anybody as good at dealing with members as Bob Zoller. Not even close. There are a few supers out there who might be better at agronomy and a few who might be better at construction, but nobody on the planet has the full skillset that Bob brings together. From the guys digging in the dirt all the way up to the club president, he is so loved and respected.”

On May 1, an era ended at MPCC when Zoller retired after 44 years. (His father died in 2007.) Zoller’s successor is a star in his own right: Chris Dalhamer, who spent 15 years at the Pebble Beach Co., overseeing two U.S. Opens along the way. Zoller had no hesitation about turning over his golf courses to Dalhamer. “All courses mature and evolve, and the Dunes especially is just a baby,” Zoller says. “I can’t wait to see how the courses look in two or three years. Chris is a talented, detail-oriented guy, and I’m sure he has a million ideas. They’re his courses now and it will be fun to see what he does with them.”

Dalhamer might’ve gone on the payroll May 1 but Monday was his first real day on the job as MPCC reopened after having been shuttered for six weeks due to coronavirus concerns, along with every other course on the Monterey Peninsula. He arrived at 5:30 a.m., helping to set up the courses but mostly deferring to the more experienced greenskeepers among his staff of 40. “Right now I want to watch and learn,” Dalhamer says. A hundred or so golfers teed it up on each course, and Dalhamer monitored things like pace of play and the playability of the pins, but even from six feet away the interpersonal loomed large. “I introduced myself to many of the members,” he says. “Everyone was very welcoming. It felt nice. It felt right.” Unsolicited advice about the course setup was kept to a minimum, blessedly.

Having to take care of two driving ranges and two courses (each with very different grasses) would be a daunting challenge for a superintendent but for the fact that Dalhamer is coming from an even bigger job: over the last six years at Pebble Beach Co. his title was director of golf course maintenance and he was responsible for Spyglass Hill, Spanish Bay and Del Monte as well as Pebble. The courses annually host the Crosby Clambake, the PGA Tour Champions’ First Tee Open and the Pebble Beach Invitational, a low-key pro event in the autumn. Dalhamer, 48, has been courted before by sparkly private clubs but taking care of only one golf course with no tournaments felt a little too sleepy.

“It would have been hard to go somewhere and not have as many challenges,” he says. The USGA has been wooing MPCC for years and club leadership is coming around to the idea of hosting a smaller-scale championship, perhaps coinciding with MPCC’s centennial anniversary in 2025. “Because of his long relationship with the USGA and the success of the Opens at Pebble Beach, Chris definitely elevates that conversation,” says longtime member Kile Morgan, an active presence on MPCC’s design integrity committee.

Zoller remains the head of that committee as he transitions into a consulting role with the club. The 1979 Monterey Open champ has a lot of plans for retired life but, he says with a laugh, “Golf isn’t a big part of it.” Zoller wants to spend more time in the warm weather of Thousand Oaks, where he has a house, and tinker with his ’67 Camaro and ’64 Corvette. (His wife Diana rolls a ’65 Corvaire.) They were looking forward to touring Europe later this year, including experiencing Oktoberfest in Germany, from where Zoller’s ancestors hail but a place he’s never visited. (Those plans are now only a maybe, due to the coronavirus.)

Zoller says he’d like to see some of the grand churches in Germany, which makes sense for a guy who has specialized in transporting experiences. “Golf courses are their own kind of cathedral,” Morgan says. “Watching Bob work for all these years, there was a spiritual aspect to it. He was so at home on the course, shaping it and tending to it. You could see he had a deep love for the job, and the care he put into the courses was a gift to all of us. Monterey Peninsula Country Club is what it is largely because of Bob.”

Zoller is touched by such words but hasn’t wanted to get too caught up in all the tributes. “At the end of the day,” he says, “I’m just the guy who cut the grass.”