Gil Hanse’s favorite 10 courses in the world reflect his creativity, reverence for tradition 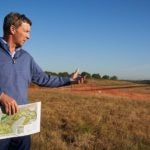 Gil Hanse's projects span from Pinehurst to Rio de Janeiro, while his top 10 courses reflect the tradition and creativity that inspire his designs.

Gil Hanse is an earth-mover with an Ivy League pedigree. Hanse, who received his masters in landscape architecture from Cornell University, is entrenched as one of golf’s foremost 21st-century course architects. From Winged Foot to Sleepy Hollow and Pinehurst to Rio de Janeiro (where Hanse designed the first Olympic golf course in more than a century), Hanse has built a career shaping many of the game’s finest tracks.

Hanse’s top 10 courses list (or rather, top 2 courses, with eight runners-up) reflect decades of experience as a mover-and-shaker in the golf design industry. From golden age to modern-day, few architects unite creativity with tradition better.

(Remainder are in alphabetical order)