If two 15-handicappers played for $1 million, would you tune in and watch? 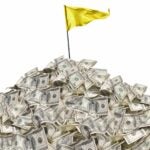 If you listen closely, you can still hear America buzzing about the golf event of the year. Collin Morikawa’s stirring win at the PGA Championship? Nope. While the PGA at Harding Park was a thrilling romp in its own right, we speak, of course, of The Match II: Champions for Charity.

Rare is the sequel that eclipses the original, but the Match II pulled it off: Tiger hit his irons like Hogan, Phil lit up the stage like Lin-Manuel Miranda and Tom Brady made all of us feel better about our own games by playing the most relatable round of the century. (Having Sir Charles in the booth also never hurts.) To be sure, the timing of the event — pre-summer, with most sports fans still sheltering-in-place and with virtually nothing else to watch — was advantageous, but I fielded more texts from giddy friends about the Match than I have about any tournament before it, the 2019 Masters included.

The Match II undoubtedly elevated our perception of what a made-for-TV exhibition can be. But where do we go from here? Be it the Match III or another concept cooked up by some network’s creative sharpies, what’s the next hook?

Here’s a pitch to ponder: high-stakes golf for hackers.

The idea is simple: a network announces tryouts for a new reality show for golfers of “average” talent — say, somewhere in the 13 to 17 handicap range. Through that process, the producers identify a couple of players of nearly identical ability and with big personalities that would play well on TV. Weeks later, boom! The producers surprise the two finalists at their homes and tell them that they have 24 hours to meet at the Pebble Beach pro shop. (Any brand-name course would work, but we’re aiming high.)

Fast-forward a day and the players roll into Pebble looking bewildered. No range time, no practice putts, nothing. Next stop: 1st tee, which is enclosed by a packed grandstand (we’re assuming a post-Covid timeframe). Cameras are everywhere. When they arrive on the box, the contestants are informed that they are about to play one another in match play — for $1 million. Life-changing money. Winner takes all. Oohs, aahs, dropped jaws. But that’s not all! The first-tee announcer reveals that each player will be captained by either Tiger Woods or Phil Mickelson, who at that moment stroll on to the tee. Coin flip decides who will captain whom, with another million bucks going to the winning captain’s charity of choice.

To make things even more interesting, the captains will also serve as lifelines. The players may elect to have their captain step in and play any six shots on each side (with a maximum of three tee shots per nine).

I can already hear the critics: Who wants to watch a couple of weekend hackers chunk, top and four-putt their way around Pebble? We see that every February with actors and CEOs in the Pro-Am. Alas, that misses the point. The drama in this theatre is not in the shotmaking, or lack thereof — it’s all about the pressure. For viewers, the most gripping element of this format would be watching how contestants handle the metaphorical vise that would increasingly tighten around them with each passing hole.

The strategy would also be fascinating. Think about it — if you had Tiger or Phil on call to play a handful of shots for you over 18 holes, how would you employ them? Tee shots on short par-4s, or long par-4s? Fifty-foot putt, or five-footer? Buried lie in the rough, or fried egg in a bunker? And do you use them early to try and build a lead, or save them for late to try and drop the hammer? The contestants would be weighing all of these decisions while simultaneously managing their own middling games.

Delicious, right? Well, I think it is. Heck, I might even pay to see it.

TNT, Fox, NBC, whomever — feel free to run with this idea, no licensing fee required! Seeing high-stakes golf for hackers come to life would be payment enough.