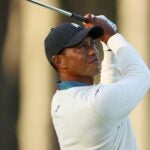 Tiger Woods is set to make his first start since the U.S. Open this week.

Check in every week for the unfiltered opinions of our writers and editors as they break down the hottest topics in the sport, and join the conversation by tweeting us @golf_com. This week, we discuss Tiger Woods at the Zozo, Shadow Creek Golf Course, Phil Mickelson on the Champions Tour, and more.

1. Tiger Woods will make his first start since the U.S. Open at this week’s Zozo Championship, at Sherwood CC, near Los Angeles. Woods is the defending champion of the Zozo, which last year was played in Japan, but in 2020, he has had just one top-10 finish, which came at the Farmers, back in January. What’s the biggest difference between Tiger’s game now vs. where it was a year ago?

Josh Sens, senior writer (@JoshSens): Aside from being a year older, which is no small thing for an athlete in his 40s … hmm. Not a lot of TIger sightings lately, but the ones we’ve had have shown him really struggling with his putter, a strange look for Woods. Maybe more worrisome, though, is that we’ve seen him walking gingerly more often than he played so well at the Zozo and then the Presidents Cup.

Michael Bamberger, senior writer: The biggest difference is that a year ago, he was six months removed from his 15th major and now he is 18 months away from his 15th major. It weirdly looks like semi-ancient history right now, not because of Tiger or his golf, but because the world is going in so many other directions at the moment. That doesn’t mean he can’t suddenly play good golf again. Because he can. Last year, he won that Zozo out of nowhere. But throughout his career, Tiger has tapered, like an Olympic swimmer. Those days are over.

Sean Zak, senior editor (@sean_zak): This time a year ago, I had no confidence in him. He had put together a pretty lame summer of golf. And then he won. So the difference is that I relearned to never doubt him.

Dylan Dethier, senior writer (@dylan_dethier): I am wholly confused. This year, we’ve seen Tiger look good — like, really good — and then look fully ordinary just a few holes later. (And yes, all Tour pros do this to an extent, but the swings have been un-Tiger-like.) I’m more confused than I was a year ago.

Alan Shipnuck, senior writer (@alanshipnuck): Last year’s Zozo was one of the best putting weeks in a career full of incredible putting. And in the year since, the wand has been hurting Tiger like never before. It’s that simple – but it’s not. Woods has looked less explosive and athletic than ever before. We never really know what’s going on with his body, but it feels like he’s more limited than even a year ago.

2. Woods has a strong track record at Sherwood, winning five World Challenges there. But given his recent form, do you expect Woods to finish in the top 10 at the Zozo? Why/why not?

Sens: Strong field + rusty Tiger = a finish outside the top 10. This week will be less about gunning for a title than tuning up for a certain other event just around the bend.

Bamberger: I think he will top-10, but that could be off three eh rounds and a 66 on Sunday. In other words, it wouldn’t mean much.

Zak: Top 10. Book it! Guy plays most courses well and some courses incredibly well. This is one of the latter.

Dethier: Bamberger and I are usually the Tiger optimists, but it’s great to see Zak joining the ranks. I’m booking a top 10, but I’ve been wrong before. …

Shipnuck: That would be a pretty remarkable turnaround. I’d settle for a top-25, which would represent significant progress.

3. The golf world got a televised glimpse of Shadow Creek during the first edition of The Match, in 2018. But this week’s CJ Cup, won by Jason Kokrak, offered a more extensive reveal of what is one of the world’s most shielded courses. What did you take away from observing the best players in the world take on the best course in Vegas?

Sens: It reminded me of the paradox of Shadow Creek: that a course that looks so unlike the rest of Vegas could only really exist in Vegas. Also: It’s as pretty on TV as it is in person.

Bamberger: I was there for Match I and was surprised. Looks like a very playable, enjoyable course if you play it from the right tees. It’s an excellent illustration of what you can do in golf, given an unlimited budget for bulldozers.

Zak: My takeaway is that it really just fits perfectly in the PGA Tour ecosystem. Fast greens, decent rough you can still swing through, 20-under gets it done. Ho-hum.

Dethier: I was struck by the reaction the players and caddies had to the greens. They loved the greens. Loved ’em! Compared ’em to Augusta. Said they were the purest they’d ever played on Tour. They were smooth and fast and fun to watch the players negotiate. But in all, the rhythm of a PGA Tour event can tend to make every course seem somewhat same-y, so Shadow Creek can blend in with other fun Sunday finishes on less mystical courses.

Shipnuck: The whole place is a metaphor for golf in America. Didn’t do much for me.

4. Phil Mickelson won again on the Champions Tour (two for two!), shooting a final-round 65 at the Dominion Energy Charity Classic to win by three over Mike Weir. How much can we read into Phil’s form by his sterling play on his senior circuit? Asked another way, in your mind, is he more of a Masters threat than he was six weeks ago?

Sens: Winning can never be a bad thing, and a confident Phil heading into Augusta can’t be written off entirely. But I don’t see how edging the likes of Mike Weir and Paul Goydos in a three-day event on a benign setup gives him any better odds of beating Bryson and the boys over four days at Augusta. I hope he’s in it down the stretch, but I don’t expect him to be.

Bamberger: With all due respect to the senior tour and Phil’s ability at golf, Phil’s win at the Dominion Energy Charity Classic, against that field, on that course, is like Cody Bellinger facing 70 mph fastballs at a batting cage in Torrance. It tells you something about what he might do in the bigs. But not much.

Zak: I don’t think he can play mistake-free rounds these days, but the Champions Tour allows him to fire at flags and quickly make up for the mistakes. Not so much on the PGA Tour, or Augusta. A champs Tour win doesn’t mean anything for beating the top 20 players in the world, sorry!

Dethier: He keeps talking about how aggressively he can play on the senior circuit, which he clearly likes. One place that approach could actually serve him well is at Augusta, where a free-swinging approach married with precision on a few select shots is a recipe for success. I’m not predicting Lefty will win the Masters, but I don’t think we should ignore his success altogether, either.

Shipnuck: I think it’s more meaningful for Phil than almost any other player. He’s such an emotional golfer so the boost in confidence and self-esteem is huge. Augusta National is already where he’s most dangerous and now even more so.

5. Yet more aerial photography from pilot David Dobbins last week showed that the much-speculated-about new back tee on Augusta National’s 13th hole is not likely to be ready for the November Masters. What other new wrinkle — to the course or the proceedings in general — would you like to see implemented for the 2020 tournament that would set it apart from the April Masters?

Sens: Mix up the Sunday pin positions. Put the flag on the right side on the 3rd so it’s more tempting to try driving the green. Cut the cup on the back shelf on 18, where it was when Nicklaus won in ‘86. And for my irritable colleague Sean Zak’s sake, try a different pin on 16 as well. Surely, the green jackets know how tired Sean is of that one.

Bamberger: New rule: Drivers may not be more than 42.5 inches in length. Sorry, Bryson. It’s for the good of the game.

Zak: Yes, Sens! Make the Sunday pin on 16 a Saturday pin. Stick it back right on Sunday and make players hit an incredible shot to 4 feet. Not a 9-iron that funnels to the hole.

Dethier: Fun to finally hear someone call Zak “irritable” in print. As for the Fall Masters, gimme some subtle fall foliage, and I’ll be a happy viewer buying fully into the wonder of golf’s biggest summit.

Shipnuck: I don’t understand what’s taking so long on the new tee – ANGC has built a small city in one calendar year. There must be a reason why they’re slow-playing this project, but for the life of me, I can’t figure it out. Anyway, I concur on the need for new Sunday pins, and how about some new tees? If they played 14 from 75-100 yards closer, it would be an incredible drivable par-4. More creative thinking would be appreciated.

6. Hoodiegate, ignited by Tyrrell Hatton winning a European Tour event a week ago in a hoodie, spilled into last week and triggered debates across social media about golf’s dress code, with many arguing that the game needs to loosen up if it’s going to attract new players. With the goal of making the game more welcoming, what long-standing custom, tradition or rule would you like to see softened or reimagined?

Sens: I have a friend who can’t stand mandatory caddie rules. He thinks the right to carry one’s own bag should be in the Constitution. But I’m going to go with changing shoes in the parking lot. Why does anybody care? To quote Al Cervik, “It’s a parking lot. Come on, will ya?!”

Bamberger: Along those lines, shirttails out. You can move better.

Zak: I’d like to see Pebble Beach soften its greens fee. But more realistically, the whole ban on wearing a hat inside the clubhouse has never made much sense to me.

Shipnuck: All the marking and pacing around on the greens is bizarre and confusing for new golfers. Continuous putting should be mandatory just to move things along.