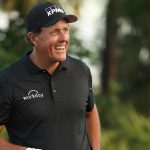 Check in every week for the unfiltered opinions of our writers and editors as they break down the hottest topics in the sport, and join the conversation by tweeting us @golf_com. This week, we discuss Phil Mickelson’s U.S. Open future, Rickie Fowler’s invite to the PGA Championship, tee-time woes and more.

1. Phil Mickelson missed the cut at this week’s Valspar Championship, then cited a lack of focus as the reason behind some of his struggles. Mickelson has yet to qualify for the U.S. Open in June, and he told ESPN that he was unsure if he would accept a special exemption if he didn’t. Do you think he should accept the invite if asked?

Michael Bamberger, senior writer: My guess is that Phil’s focus issues have less to do with age and more to do with his resume. If he makes the cut at Tampa — if he wins at Tampa — does it change his life in any meaningful way? Playing good golf requires immense self-absorption, whether you’re a Ryder Cupper or good enough to keep your card for five years. It requires OCD for golf. At some point, life being life, you get worn out by it. Should he play in the U.S. Open if the USGA offers him a spot? When I was half the age I am now, I would have had an opinion. Now I would only say this: it’s completely and only up to Phil.

Josh Sens, senior writer (@JoshSens): Is it focus or hunger? Sounds more like the latter, and after all he’s accomplished — and all he has in the bank — that’s understandable. I don’t know about should but I’m guessing I’m not alone in hoping that he does. With his deep roots in San Diego and at Torrey Pines, he’s as natural an exemption as you could find.

Sean Zak, senior editor (@Sean_Zak): Phil should accept that hypothetical invite, if only for the fact that it would be rather offensive if he declined it. He hasn’t played nice with the USGA throughout most of his career, but if they’re trying to make a good note out of his storied career, then he should be a big man and accept.

Josh Berhow, managing editor (@Josh_Berhow): I think he should and will accept an invite, if offered. Shaky relationship with the USGA or not, grudges or hard feelings start to mean less and less as you get older. He’s beloved everywhere but especially in San Diego. I think he’ll want to be there.

2. Speaking of exemptions, Rickie Fowler, Golf Channel reported, will receive one into the PGA Championship later this month, as will John Catlin “based on their performances, playing records and OWGR position.” Are you good with Fowler, ranked No. 111 in the world, getting into the PGA through this route?

Bamberger: Sure. Why not Rick? People like to watch him play.

Sens: Yep. It’s entertainment. And he has every bit as good a chance of contending as another fan-favorite (John Daly) did when he rode around in a cart at Bethpage, packing cigs and Diet Coke. I was okay with that, too, though everyone knows that real Coke, with sugar, not corn syrup, pairs better with tobacco and tar than that diet blech.

Zak: Eh, I’m not totally bothered. But his OWGR position isn’t great, his playing record in the event isn’t spectacular, and his career record is starting to get litigated in a truly negative way. But are we really going to get upset about this? No.

Berhow: No issues here. Two top 5s in 11 PGA Championship starts, although this invite is obviously based on popularity just as much as previous results. But still, these organizations can invite whoever they want. You can do a lot worse than Rickie Fowler.

3. Talor Gooch, after missing the cut at the Valspar, got into it with an online heckler who appeared to have bet on Gooch. To his credit, Gooch would actually Venmo a few Twitter users who showed they wagered on him. Should we be worried about the combination of social media access and the increase of golf gambling?

Bamberger: I try to avoid the word should. But yes. I think we should worry every time we see the phrase “social media.” But I do like email.

Sens: As someone who still communicates mostly by carrier pigeon, I’m in Mr. Bamberger’s camp on social media. But I don’t think the social media/gambling combo is any more fraught than social media combined with anything. The Tour is aware of potential gambling-related threats to the integrity of its competitions. It is doing what it can to guard against them. Those threats would be there with or without social media.

Zak: 1. Don’t read your mentions. 2. Especially don’t read them if gambling is involved. Really, I think the PGA Tour doesn’t want players to be considering players’ bets at all, but there was Jon Rahm telling people to not bet on him at the Masters when his wife was due with their first child. It’s an impossible line to strike. Really, DraftKings should be chomping at the bit. They sponsor Bryson. They should do some sort of free bet on Bryson to win, a la what Gooch did. Pay back users with credit if their bet on Bryson doesn’t hit. Or maybe they should do it with Gooch!

Berhow: If I were a pro golfer, or a pro athlete — which I’m not — I would let some agency run my account for me. Sounds like bliss! It’s not worth it for these guys, unless you are Max Homa, who is very good at sending tweets and golf balls.

4. This week, Michael Visacki Monday-qualified for the Valspar, and the video of his tearful reaction afterward, which included a call to his father, has garnered well over a million views. Visacki would miss the cut, but what is it, do you think, that causes stories like Visacki’s to pull at the heartstrings so much?

Bamberger: Because the game is hard, Visacki looks like us, and the dream will never die. Because of what Visacki did. I read something astonishing today. There have been 17,000 Americans to make it to the bigs. Millions playing Little League and even high school ball and only 17,000 have made it. The dream is one of the most powerful things there is in this world. Visacki let us see it unfold. Wonderful.

Sens: Long before there was Rocky vs. Apollo Creed, there was Hector vs. Achilles. Things didn’t work out nearly as well for Hector, but everyone rooted for him anyway. Who doesn’t pull for the underdog and cheer when they get their due? It’s a timeless story. It’s not unique to golf, but it makes great theater on whatever stage it happens.

Zak: I think they pull at the heartstrings because we know these people exist. And we pay them such little attention. And we know their lives are not easy. And we can much more reasonably put ourselves in their shoes. We all struggle with things related to work and our lives and make sacrifices. But Jordan Spieth winning the Valero doesn’t hit quite as hard as Visacki just simply qualifying. It has everything to do with being closer to Visacki in reality.

Berhow: For every pro we see throughout the long Tour season, there are thousands of ridiculously good players out there who can absolutely destroy golf courses with such ease — and yet they never make it this far. It’s nice to see it happen.

5. This week, GOLF.com will unveil its Top 100 Courses You Can Play list. What, dear Tour Confidentialist, is the best public course you’ve teed it up at over the past year?

Bamberger: I’m way late to this, because everybody and their mother have already played it: Jeffersonville, near Norristown, Pa. Donald Ross and pure. The website said it would be $50. The gent at the counter charged me $24. I said you’re not charging enough, cited the $50. He said, “That’s with cart.”

Sens: As most of my friends and colleagues know from my constant moping, I’ve been sidelined with a bum shoulder for nearly a year so I haven’t played much. But exactly a year ago this week, I did get my hacks in at Sheep Ranch at Bandon Dunes. Place is magical.

Zak: Marquette Golf Club, up in the U.P., has two courses. One isn’t really great. The other is fantastic. Greywalls is its name, and it’s one of a kind. Also only $100 for an afternoon greens fee on a Friday. It’s worth at least double that.

Berhow: I played Bethpage Black last summer and few courses offer the kind of value Bethpage does, especially for New York residents, but let me instead offer up a course I played for the first time in the last year. How about Loggers Trail, just east of the Twin Cities in Minnesota, which I played last Monday for a $41 walking rate. It has such a fun collection of holes I went back four days later and played it again.

6. Jimmy Walker was hit with a two-stroke penalty before his second round at the Valspar because he missed his tee time by a couple of minutes. (Had he missed it by five minutes, he would have been disqualified.) Have you or a golfing buddy ever missed out on an important round?

Bamberger: Every round is important! No, not that I can recall. Once or twice the body didn’t cooperate and I couldn’t go. Once or twice, from thousands.

Sens: Because of a typo in an email exchange, I once showed up an hour late for a rare invite to a really nice private club and had to be carted out to join my group. That was embarrassing, and all the more reason why I try to stick to carrier-pigeon communication. Far fewer typos.

Zak: It’s funny how sacred tee times are. Especially at courses we’ve never played before. After missing a flight to San Diego last fall, Dylan Dethier and I were staring down the fact that we should cancel our Torrey Pines tee time for that afternoon. But thanks to some quick thinking, Dethier snagged us a couple of seats on the next flight out — albeit from a different airline in a different terminal — so we raced across JFK to jump on a flight, and then raced to Torrey. It was so, so, so worth it.

Berhow: I covered the 2015 Open Championship in St. Andrews and had a blast doing so, yet I had to sadly turn down a three-day Scotland golf trip with some co-workers in the days leading up to the tournament. Why? I had plans to propose to my girlfriend at the time. Six years and two kids later I think I made the right choice…right?