Tour Confidential: Can anyone beat Dustin Johnson at Winged Foot? 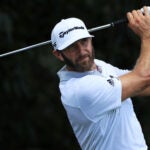 Check in every week for the unfiltered opinions of our writers and editors as they break down the hottest topics in the sport, and join the conversation by tweeting us @golf_com. This week we discuss the U.S. Open, the finish at the ANA Inspiration, the USGA’s Pinehurst announcement and more.

1. Three months after its customary June date, the U.S. Open is finally upon us. World No. 1 and newly minted FedEx Cup champ Dustin Johnson comes into Winged Foot breathing fire, with two wins and two runner-up finishes in his past four starts. DJ feels like a no-brainer pick this week except for one inconvenient fact: He has closed the deal only once in 43 major starts. So … will he or won’t he this week?

Dylan Dethier, senior writer (@dylan_dethier): No! He won’t. But that doesn’t mean he shouldn’t be the favorite to do so. It’s just that despite Johnson’s run of ridiculous play, he’s still not quite to the status of Tiger-versus-the-field from the mid-2000s. I’ll happily take the field, and I’ll happily be proven wrong, too.

Josh Sens, senior writer (@JoshSens): Can’t argue with Dylan here. He deserves to be the favorite, but he’s still an underdog to beat the field. If ever there were a week to bet the chalk, though, this would be it. A fierce, Golden Age course setup in its toughest form. I don’t see any fluke winners here. Give me a trifecta wheel of DJ, Rahm and JT.

Sean Zak, senior editor (@sean_zak): Yes, he will! DJ doesn’t have Mr. Major to beat this week – Koepka has already WD’d. Rory is a new father. Tiger has been showing rust all season long. I’d say DJ’s best competition is Jon Rahm, Xander Schauffele and Daniel Berger, who have all won a combined zero majors. I know we’ve “been here before” with DJ, but it feels there for the taking.

Michael Bamberger, senior writer: When Tiger was at the height of powers, and the choice was Tiger or the field, you still had to take the field, even though Woods did win four straight majors. Dustin Johnson, for all many skills, is no Tiger Woods. No.

2. Early reports out of fearsome Winged Foot West is that — no surprise — the rough is gnarly and the fairways choked. Winged Foot superintendent Steve Rabideau told The Journal News that he had 8-over in mind as a potential winning score. You taking the over or under?

Dethier: Under. These guys are just too good. Everyone hits it long, and somebody is going to hit it long enough and straight enough to win. Nobody would be happier than me to see an over-par winning score, but I’m inclined to think a handful of players are going to finish in red figures.

Sens: Under. Over par is one thing. But 8-over seems extreme. Too many great players wielding too much high-tech weaponry. Given that our fearless editor, Alan Bastable, made three pars (!) in 12 holes on media day, I figure someone will keep it close to level.

Zak: UNDER! For every reason stated above. Even when Oakmont and Shinnecock have seemed fierce to the point of unfair in years past, the winning score has still been right around or under par. I feel like 3- or 4-over is as bad as it’ll get.

Bamberger: Under. But I like how Steve is thinking.

3. Mirim Lee of South Korea made an eagle on the 72nd hole of the ANA Inspiration, followed by a birdie on the first playoff hole to win her first major championship. Lee’s heroics on 18 in regulation were aided by an artificial wall behind the green — a structure that served as a promotional vehicle for the event — that prevented balls from rolling into the pond behind the green. Her second shot on the 72nd hole, which was likely destined for the water, instead rebounded off the wall and stayed dry, from where she chipped in for the eagle to advance to the playoff. Prominent placements for sponsor promotion are essential for any event, but was The Great Wall of Dinah, as it was dubbed by Golfweek’s Beth Ann Nichols, a step too far?

Dethier: Yes, it was too far. Here’s the problem: When you have a grandstand that’s covered in sponsor logos, the grandstand is still serving its primary function — that is, holding human spectators. Even if it’s basically just an excuse to get that branding out there, the grandstands feel more forgivable. (Except in the years when East Lake finished with that grandstand-ringed, long par-3 — that was horrible!) In this case, I think sponsors would have been better served by a floating logo, a la the Travelers Umbrella at TPC River Highlands. Instead, despite Lee’s heroics, I was left with a weird taste in my mouth after what was a terrific event all week long.

Sens: I suppose the contrarian argument would be that it played the same for everyone. But I agree with Dylan. As great as the chip was, the moment was diminished by what came before it. No one wants to see even the faintest trace of an asterisk next to a win, so why set up the closing hole in a way that is so likely to raise controversy and questions. It could have been easily avoided.

Zak: Of course it played the same for everyone, but it didn’t feel like major championship golf. Not when the 72nd, risk-reward hole has a get-outta-jail-free card. Back in July, I wrote about how weird it is to see signage everywhere at an event without fans. I’m not sure of the proper solution, but I know it doesn’t feel right. Surely there must be another way to offer significant sponsor value without it feeling like a pinball machine.

Bamberger: Absolutely absurd. Is there any signage on the wall beside the Road Hole?

4. The ANA leaderboard was loaded — Nelly Korda and Brooke Henderson finished at 15-under alongside Lee to advance to the playoff, and Lexi Thompson, Stacy Lewis and Lydia Ko all finished within five of the lead. What was your biggest takeaway from the week?

Dethier: At the beginning of the week, I wrote a rundown of the top 10 women’s golfers under the age of 25. The top four on that list — Nelly Korda (T2), Minjee Lee (T7), Brooke Henderson (T2) and Nasa Hataoka (T7) — each finished in the top 7, as did Lydia Ko (6th), who seems to be finding her form. This leaderboard was a dream, and if the LPGA’s most compelling stars can get into the mix at its biggest events, that’s a really good thing for the tour.

Sens: Watching Ko continue to claw herself up from a dark place is enough to cheer any fan. But what stood out to me wasn’t just the quality of her play and the play of the field but the variety of personalities and swings on a tour that in recent years was criticized for producing too much sameness

Zak: That Brooke Henderson might be the most fun player to watch on the LPGA Tour. She’s an absolute bulldog, and that swing is just electric. The Women’s PGA Championship is just a few weeks away!

Bamberger: Exactly. Women’s golf is loaded with talent and personality. I look forward to the PGA at Aronimink, in my distant backyard. (Credential application in!)

5. The USGA announced that Pinehurst No. 2 will host a U.S. Open every five to seven years, part of an agreement that also will see the governing body move some of its operations to North Carolina. An official also said the USGA would be “working on some other agreements with other host clubs for longer term deals as well to round out the plan for where we go” — which potentially could be the start of a rotation of U.S. Open host courses similar to what the R&A has developed for its Open Championship. Is a U.S. Open rota a good idea?

Dethier: No, I don’t think a pure rota is a particularly good idea. The beauty of the U.S. Open is that it can go to any course in the country, showcasing a variety of looks, styles, vibes, regions, etc. I love the idea of returning to traditional venues and great classic courses with regularity, but I also liked the way the USGA was beginning to showcase more public-access courses with creative layouts like Chambers Bay and Erin Hills. I fear a rota would leave those courses out in the cold and leave us with an “open” tournament held primarily at our most exclusive country clubs.

Sens: It’s no secret that the U.S. Open has been looking to redefine its identity after some years in which it was seen to have lost it. So I think something closer to a rota makes sense for more control and consistency. But I do like the idea of mixing it up a bit. So not a set-in-stone rota, but one with the occasional exception — that appeals to me.

Zak: I doubt the USGA goes with a pure rota! That’s the overreaction that bothered me. I think there will be many open-access host courses moving forward. Just more Opens at Pinehurst and Pebble, Shinny and Oakmont. Totally OK with that.

Bamberger: Dig the rota. Absolutely. All classics. PGA Championship should have a rota, too: all West Coast, public-access courses, played in late August again.

Dethier: Remember last year, when that bettor from Wisconsin, James Adducci, made a “crazy” $85,000 bet on Tiger Woods to win the Masters, despite never having placed a similar wager and carrying various debts to his name? And then he unleashed a follow-up bet of $100,000 on Woods to win the grand slam? Something there still doesn’t quite add up to me, but I’m not sure I want to know any more, either.

Sens: The late gambing hustler Puggy Pearson once told that he wagered a plus handicap six figures that he could beat him straight up. The condition was that the plus player had to walk the course backward. A few holes in, the pro was so disoriented that he conceded the bet. Granted, Pearson was a notorious cheat, so maybe he was also taking liberties with the truth. But I like the story too much to fact-check it.

Zak: Gerry McIlroy cashing in $340k — on a bet made in 2004 — when Rory won the Open Championship before turning 26. Rory’s win at Hoylake was worth that much more.

Bamberger: That one. But I do like Phil to win. How can you not?