When will Tiger Woods make his PGA Tour return? Not next week 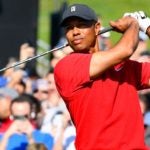 Tiger Woods made his last PGA Tour appearance at the Genesis Invitational back in February.

The PGA Tour returned this week at the Charles Schwab Challenge following a three-month hiatus, but one big name was missing from the action: Tiger Woods. So the golf world collectively asked the following question: If not this week, when will Tiger finally make his first appearance of the new-look Tour season?

Earlier this week, Woods’ yacht, Privacy, was reportedly on the move from Florida to Sea Island, Ga., which is a short cruise from Hilton Head, S.C., home of next week’s RBC Heritage. The news set off rumors that he would make his return at the Heritage, due to Tiger’s tendency to bring his yacht to tournaments on the Eastern seaboard.

The first round of the 2020 RBC Heritage begins June 18. The annual event is played at Harbour Town Golf Links, a much-admired Pete Dye design in Hilton Head, S.C. Typically, the Heritage is played the week after the Masters in April, and for that reason, Woods hasn’t made an appearance in the tournament in over 20 years. But this year the tournament was postponed due to the PGA Tour shutdown, and the Masters was rescheduled for November, which opened the door for Woods to tee it up at Harbour Town once again.

But, alas, it turns out we won’t see the reigning Masters champion at the Heritage, after all. Friday’s 5 p.m. final deadline for qualified Tour players to commit to play in next week’s tournament came and went without a peep from Tiger. So he officially won’t be playing.

So far Woods has only entered three official tournaments in the 2019-20 PGA Tour season. He kicked it off in style last fall, winning the inaugural Zozo Championship in Japan for his record-tying 82nd Tour victory. In January, he had a strong showing at the Farmers Insurance Open at Torrey Pines, where he went nine under to finish T9.

Tiger’s last Tour appearance did not go as well. Playing in the Genesis Invitational, a tournament he hosts on behalf of the TGR Foundation at Riviera in Los Angeles, Calif., he made the cut but struggled, finishing 68th. That was all the way back in February.

We did get to see Woods play golf live on TV recently, though, at The Match: Champions for Charity. Tiger teamed up with former NFL star Peyton Manning to defeat Phil Mickelson and Tom Brady in a match benefiting charity at Medalist Golf Club in Florida. For what it’s worth, Tiger’s game looked sharp in the exhibition event, a fact that did not go unnoticed.

With the RBC Heritage now out of the picture, the question remains: when will Tiger make his next PGA Tour appearance, and first since the shutdown? The next tournament on the schedule is the Travelers Championship in Connecticut June 25-28. The Travelers is another event that Tiger typically skips each year, but this is not a typical season, so there’s a chance he shows up to play there.

If, however, Woods chooses to skip the Travelers as well, there’s a good chance he’s got an alternative plan in mind, one that will keep his game fresh and his back healthy for the majors later this summer and fall. The Memorial Tournament, the Jack Nicklaus-hosted event that Tiger has won five times, is scheduled for July 16-19. If Tiger’s healthy, there’s very little chance he will skip that one.

So whether it’s for one week or one month, Tiger fans will have to keep waiting to find out when they’ll see their favorite golfer tee it up again.