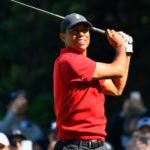 Having to play the majors in cold weather will make Tiger Woods' quest for major No. 16 an uphill battle.

The last time we saw Tiger Woods compete competitively, he ended with a sputter, limping home at Riviera Country Club with weekend rounds of 76 and 77. (No, the Match II doesn’t count as a competitive round.) He passed on playing the Arnold Palmer Invitational a few weeks later, while some called his health into question heading into the majors. Then, the coronavirus pandemic hit and Woods’ health faded to the backburner.

When the dust settled and golf’s major entities began mapping out the revised 2020 schedule, chatter picked up about how the new schedule could help Tiger’s quest for major No. 16. With the majors pushed back, Woods would have plenty of time to get his body right for the three big ones (and the Ryder Cup) in the condensed fall schedule. Even in a tumultuous year, it looked as though things were going to play right into Woods’ hands.

But that thinking might be ill-conceived, at least according to Golf Channel analyst Brandel Chamblee. In his mind, the fall major schedule is detrimental to Woods’ prospects of nabbing No. 16 this fall.

“I look at Tiger and I look at cold venues, potentially cold venues as being sort of problematic on an aging, injured or prone-to-injury back,” Chamblee told reporters on a call ahead of the Charles Schwab Challenge.

The worry around Woods’ aging body is certainly valid. It wasn’t long ago that even Woods wasn’t sure if he’d ever compete at the highest level again. And even with his post-prime resurgence, the threat of a career-ending injury lingers with every violent swing. The cold only makes it more difficult for Woods to get his body ready for competition.

Even the PGA Championship, scheduled for Aug. 6-9, poses a problem despite its late-summer calendar slot. While this year’s PGA is located in sunny California, TPC Harding Park in San Francisco is hardly a tropical locale, with temperatures typically hovering in the high 50s and low 60s during the month of August.

“You look at San Francisco [TPC Harding Park], again, it’s a cool place,” Chamblee said. “You’d like to think that Tiger is more [inclined] to play in places where it’s going to be a little warmer.”

Based on average temperatures for the three host venues, the U.S. Open at Winged Foot will likely be the warmest of the major venues this fall. Temperatures in the New York City area are usually in the 70s in September.

As for Augusta, the chance for a chilly November Masters is definitely in play. Though it sits south of the Mason-Dixon line, Augusta can still get cool late in the year, with temperatures dipping into the 40s each morning.

Despite his grim prognosis for Woods’ cold-weather game, Chamblee did mention he’s been highly impressed with how the 44-year-old is swinging the club in this stage of his career. The ball-striking Tiger displayed at Royal Melbourne and more recently on a sopping wet Medalist Golf Club for the Match II reminded us that he still has plenty left in the tank. The only question mark is how far his body will take him.

“So from a technical standpoint, either swinging the club as well as he did in ’99 to 2002,” Chamblee said. “But from a physical standpoint, it’s like his body is like a wet grocery bag filled with jugs of milk. You just never know when it’s going to burst.”