Well, he’s a creature of habit, as all elite golfers are. You give Tiger Woods a three-shot lead with seven holes to play, he’s going to win, a thousand times out of a thousand, no matter what little wrinkles you throw in his way.

And there were wrinkles. Tiger Woods was playing in the first-ever PGA Tour event in Japan. There weren’t as many leaderboards as there are at a Tour event in the Lower 48, and Woods likes to know exactly how things stand. Owing to a typhoon, the tournament was finishing on a Monday morning, when Woods did not expect to be there. The course was short, wide easy and soft, and Woods prefers long, wide, difficult and firm. It was also almost 8,000 miles from his South Florida home, and from two young children. Woods, a single father, is happiest when their routines match his own.

The morning was cool enough that he wore a black sweater-vest over his customary fourth-round red shirt, and his surgically-repaired back prefers the warm days, if not downright hot. The golf historians were waiting for him to finish, to rewrite one very important line in the Tour record book, and that could not be absent from his mind, just as he knew at Augusta this year that he was trying to win his first green coat in 14 years.

There were only 3,000 fans on hand, so there was no crowd noise to rev him up. His closest pursuer, local boy Hideki Matsuyama, was in the group of front him, and Woods would always prefer to see his would-be assassin at close range. After a long week, and a long Sunday in Japan in which he played 29 holes in succession, he did not have a lively gait on Monday morning, Tokyo time.

Any of those things could have tripped up Tiger Woods, at least in theory.

Your 2019 Zozo Championship champion is Tiger Woods. It was Woods’s 82nd PGA Tour win, which ties him for the all-time record. It improves his Official World golf Ranking to 6. It almost guarantees he will play on the U.S. Presidents Cup team, which would make him the first playing captain in the event since Hale Irwin in the first edition, in 1994.

Sam Snead’s 82nd official PGA Tour win came in 1965, at the Greater Greensboro Open, at the Sedgefield Country Club, a classic old Donald Ross course, but of course much younger then. He was 52 and he won by five over three Americans, Billy Casper, Phil Rodgers and Jack McGowan. Tiger Woods’s 82nd official PGA Tour came at the Narashino Country Club, on a composite course opened in the mid-1970s and located about an hour from the Tokyo International Airport, if you’re not driving through a typhoon. Woods won by three shots over Hideki Matsuyama. Snead’s first-place check was for $11,000. That’s the equivalent of about $90,000 today. Woods won $1.75 million.

Snead’s win-total is the subject of some debate, as the accounting behind his win total has changed over the years. Nearly every shot of Woods’s 82 victories was recorded by TV cameras.

The victory wasn’t easy and Woods didn’t make it look easy. He never does, even when won his fourth Tour win (the 1997 Masters by 12), his 20th (the 2000 U.S. Open by 15), his 80th (the 2018 Tour Championship by two) and his 81st (the 2019 Masters by one). From start to finish, over those seven holes, Woods was chomping hard on his gum. He said at the Masters he chews gum to suppress his on-course appetite. Other golfing gum-chewers have said it offers anxiety relief.

Woods made a bogey on his first hole of the day, after three consecutive mediocre shots on the par-4 12th hole: poor iron in a greenside trap, poor bunker shot, commercial lag for par. After that, he was solid. Solid enough. He got a break when Matsuyama, playing in front of him, missed a five-foot birdie putt on 14. Had he made it, who knows what would have happened? But Matsuyama did what scores of other golfers have done when trying to beat Woods down the stretch. They made mistakes, thereby allowing Woods to play the conservative golf be prefers to play.

Woods was playing with two Americans, Gary Woodland, the reigning U.S. Open champion, and Keegan Bradley, the 2011 PGA champion. There were signs in English for Lexus (luxury Japanese car manufacturer) and Zozo (a Japanese retailer). But, even through Golf Channel’s excellent prime-time coverage, there was something obviously foreign about this effort Woods was making, to match the win total of a true American archetype, Sam Snead.

When play began at 7:30 a.m. with the sound of a horn, spectators clapped politely. Nobody was yelling, “You the MAN!” or any other idiotic thing. When golf is played in the Summer Games next year in Japan, you can expect large galleries with exquisite etiquette. It’s possible that Woods will be playing in those games.

Tiger’s final hole was a par 5 that he played with a two-shot lead. He walked up the fairway with his hands in his pockets for a while and he waived off a cameraman who got too close. If he was still chewing gum it wasn’t evident. He wiped the perspiration off his right hand before descending into the greenside bunker where his third shot awaited him. All he had to do was not blade it or fat it.

He hit a solid one, off a heavy, sandy lie. His face showed nothing. When he crouched to read the putt, it was not with the limberness of a Little League catcher. Chasing after those young Japanese kids in a Tokyo Nike store was only a week ago, but it was a week that seemed like a month.

Tiger rolled in his 10-footer for a closing birdie, the three-shot win, his 82nd title, a closing 67. It was subdued, but it was big. This has been, in ways, one of the most remarkable years of his career. The Masters win, followed by a lot of futility. The win in Japan. The Presidents Cup coming up. The baby steps to a reconfigured life. Amazing. “I know what it’s like to have this game taken away from you,” Woods told Todd Lewis of Golf Channel. Yes, he does.

Snead was a playing captain on the 1959 Ryder Cup team. Snead was at the Champion’s Dinner at Augusta, telling dirty jokes, when Tiger first joined the Tuesday-night supper club. Early in Woods’s career Snead said, “He looks like he’s going to really be a force on the Tour.” 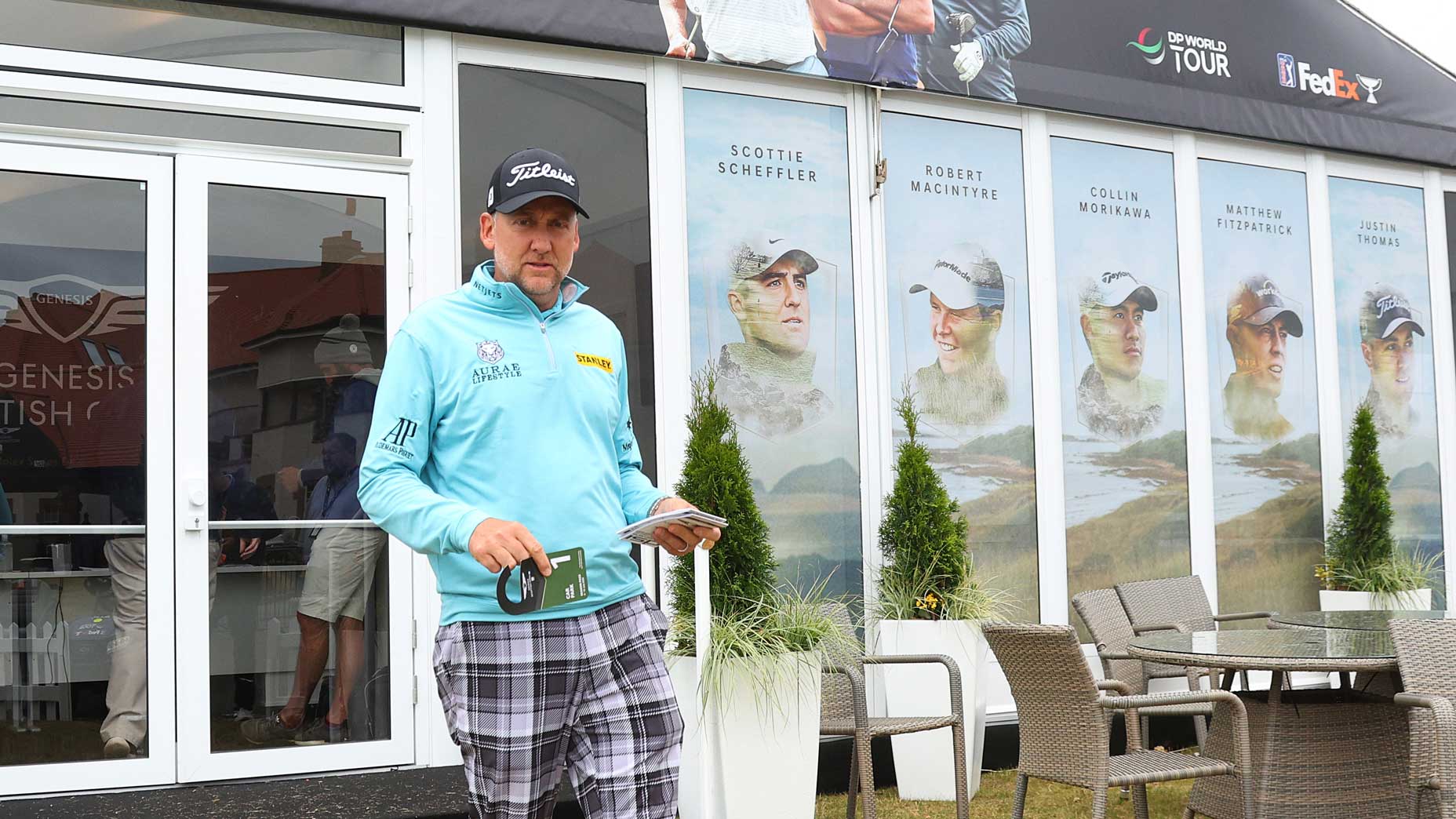 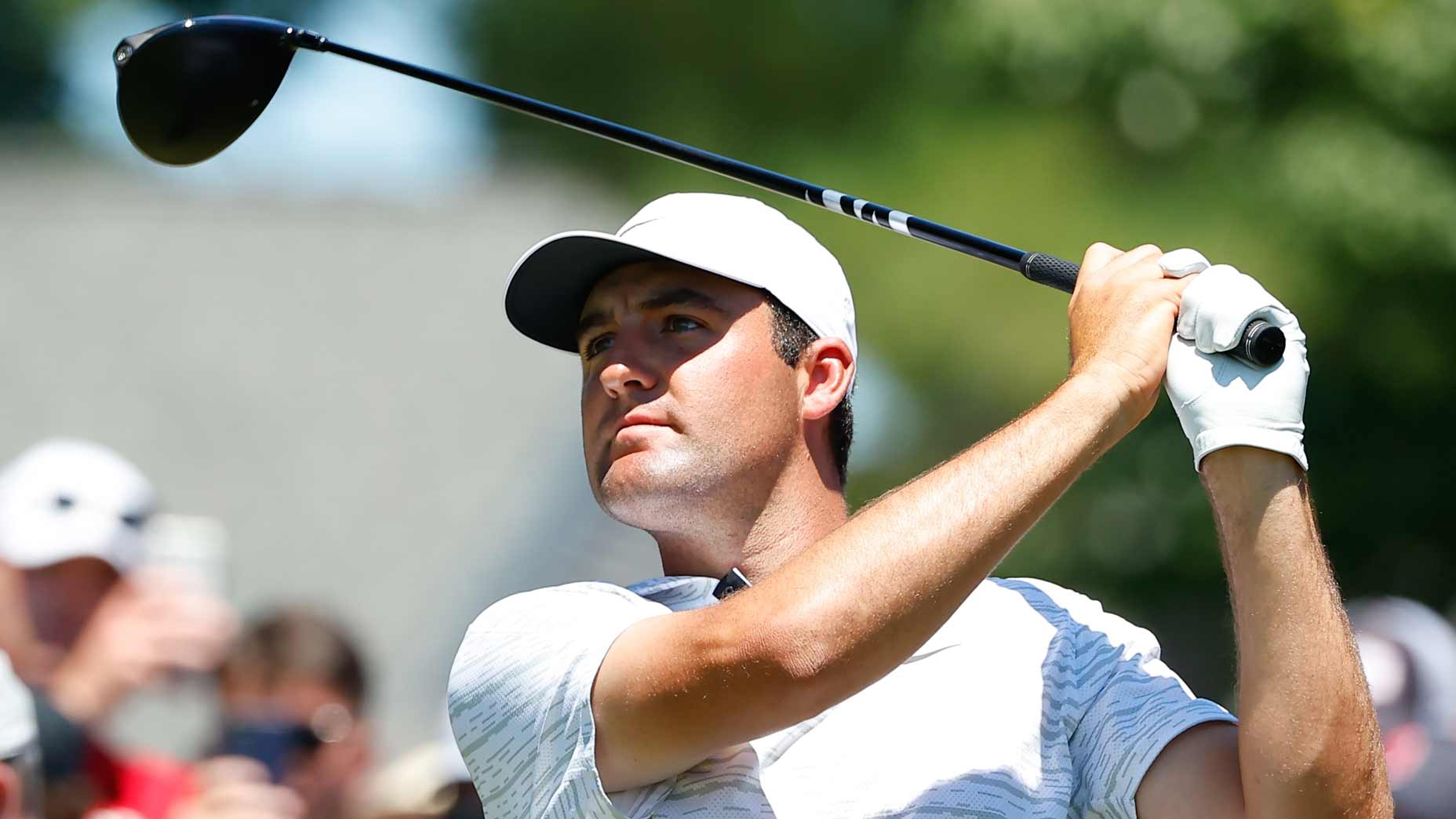 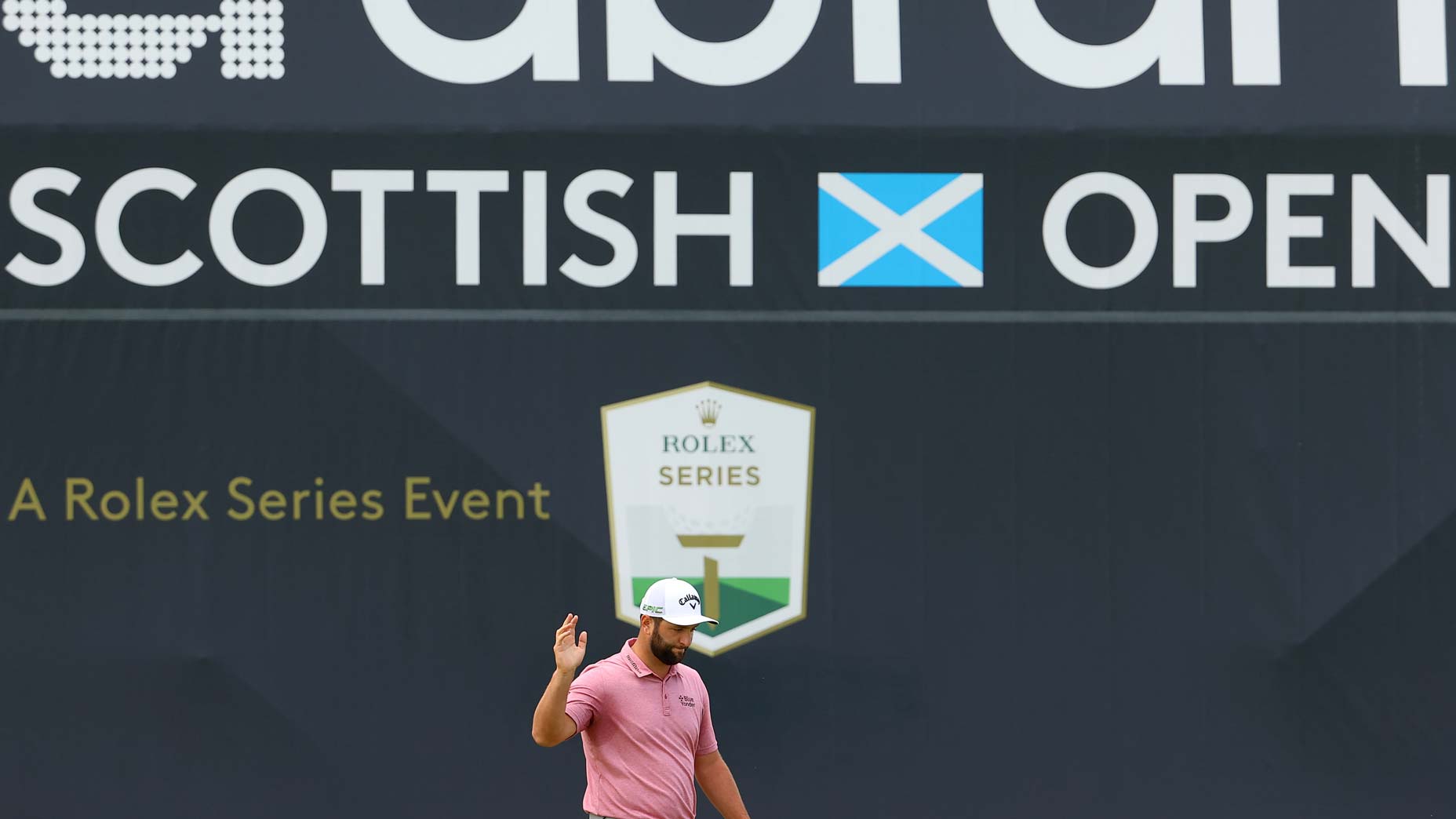 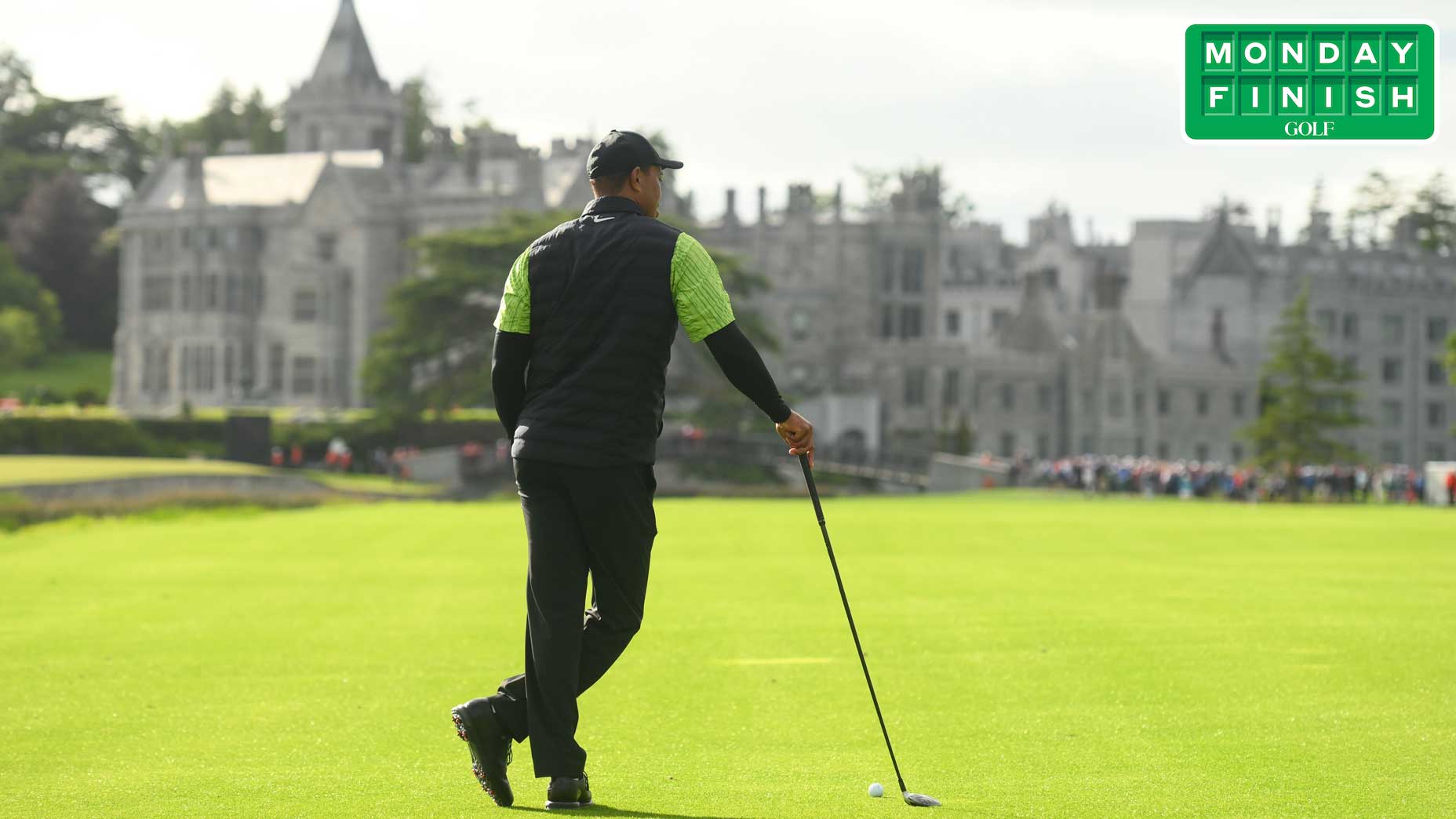 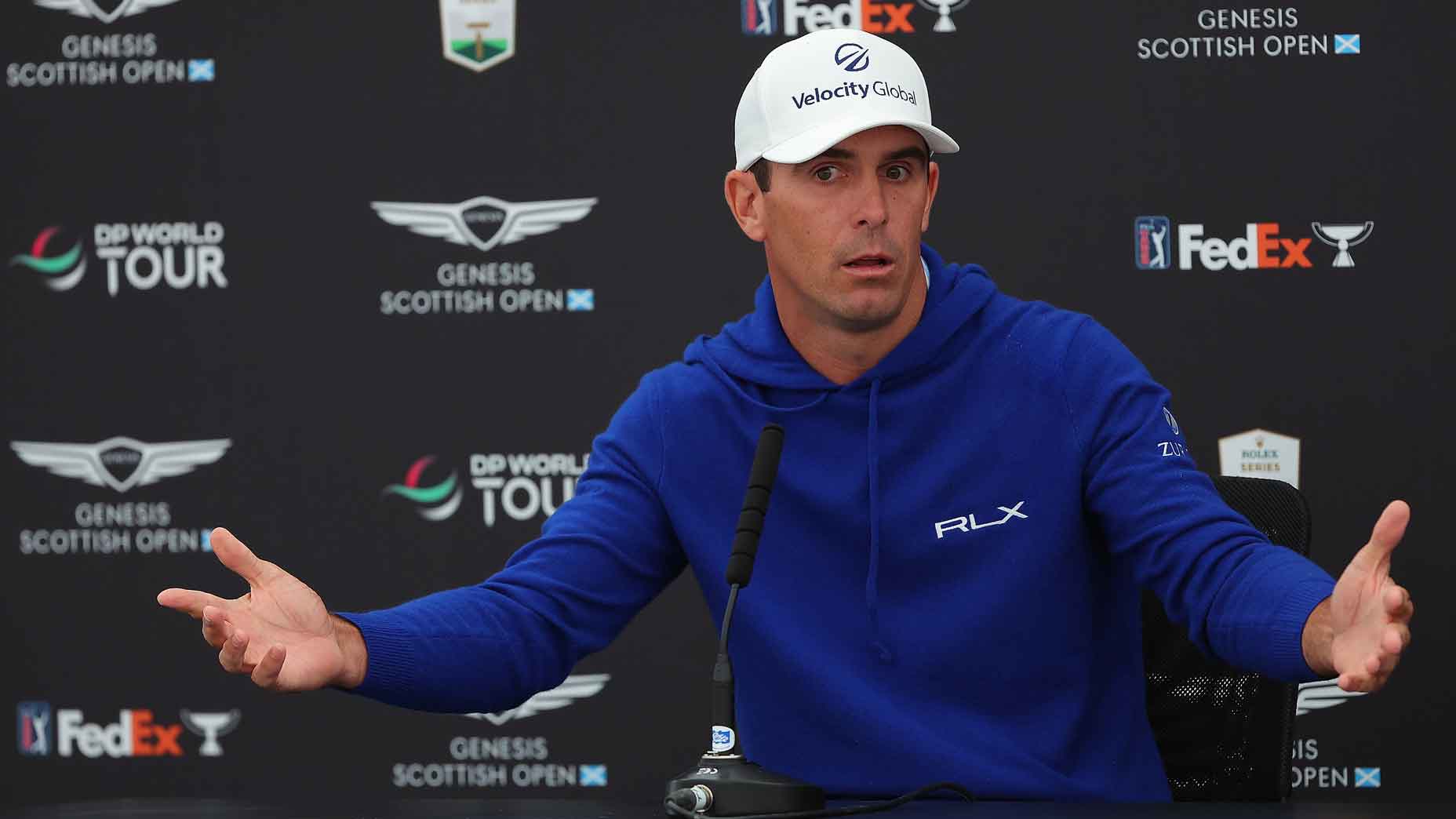