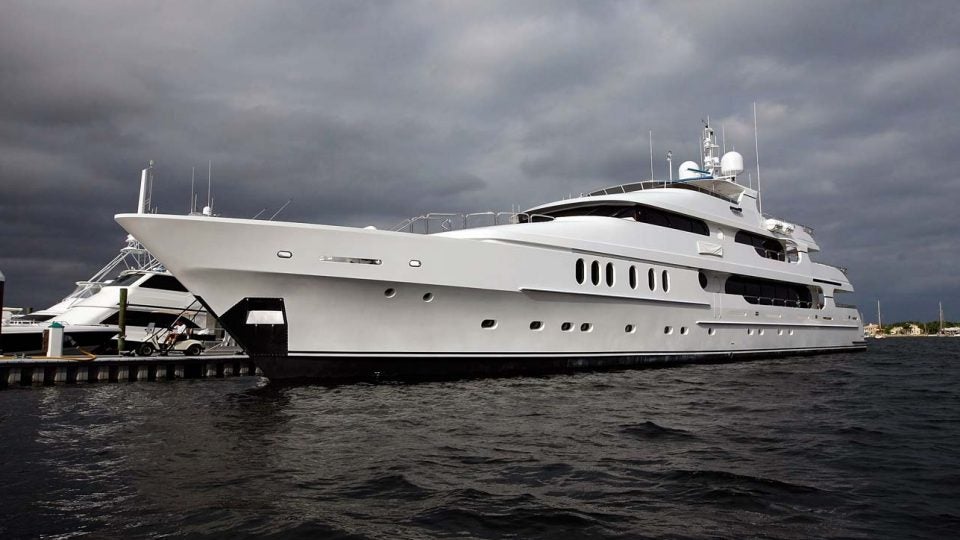 You may have heard about Tiger Woods’ yacht before. In fact, if you live in Oyster Bay, Long Island, you might have seen its hulking frame sitting in a local marina recently. That’s because Woods sent it and its crew to New York two weeks before the 2019 PGA Championship to wait for his arrival.

If you’re one of the few golf fans who isn’t familiar with the finer points of Tiger’s yacht, here are 11 numbers to know about the massive boat, which Woods has dubbed “Privacy.”

TIGER WOODS’ YACHT BY THE NUMBERS

Did we mention that Tiger’s yacht is big? Well, it is. Really, really big. The boat stretches out to an insane 155 feet.

… as in floors. That’s right, Tiger’s yacht consists of three levels. Most of the action occurs on the main deck, but there’s a second level, too, and an observation deck on top.

… other times Woods has stayed on his yacht during majors. He’s stayed on it for this year’s PGA Championship, which is why it was docked on Long Island. But this isn’t the first time Tiger has slept on the water at a major. Tiger took Privacy to the 2006 U.S. Open at Winged Foot, as well as the 2018 U.S. Open at Shinnecock Hills last year.

A yacht like Tiger’s is going to cost you big-time. Woods reportedly paid around $20 million for Privacy when he purchased it in 2004. With an estimated net worth around $800 million, he can afford it.

Tiger’s yacht can hold up to a whopping 12,000 gallons of gas. That may sound like a lot, but that type of fuel is necessary to power the huge twin 1,800-horsepower engines on the craft.

As noted before, Tiger sleeps on Privacy during majors on Long Island. But his isn’t the only bed on the boat. The vessel features five bedrooms that are capable of sleeping up to 10 people. That number, though, does not include the crew’s quarters…

It turns out it takes a lot of people to operate of yacht of this size. How many? Nine to be exact. That’s right, Tiger needs nine employees just for his boat. The crew members share four separate cabins while they’re aboard, bringing the total number of bedrooms to nine.

What’s a massive luxury yacht without some amenities to entertain the ritzy guests? Tiger’s yacht is full of them, including a jacuzzi on the deck that fits eight people, along with a bar to provide libations to any soakers who wish to imbibe. It also features a gym and a decompression chamber for scuba diving.

Tiger’s yacht has a total range of 4,000 nautical miles, which is more than enough for a round-trip from Tiger’s home in Jupiter Island, Fla., to Bethpage Black on Long Island.

Privacy is obviously not designed for racing, but it can still reach to some respectable speeds. The cruising speed for the yacht is 16 knots, and she tops out at 18 knots.

Given its size, Tiger’s yacht has plenty of room to fit a bunch of smaller crafts to help pass the time. Those include two motorized scooters, two ocean kayaks, and three jet skis.

News
Tiger Woods has the skill to win major No. 16 this week, and he’s got the smarts, too

So there you have it. Now you’ll have something to impress your friends with while watching Tiger vie for the title at the 2019 PGA Championship at Bethpage Black. You can check out photos of Tiger’s yacht below. 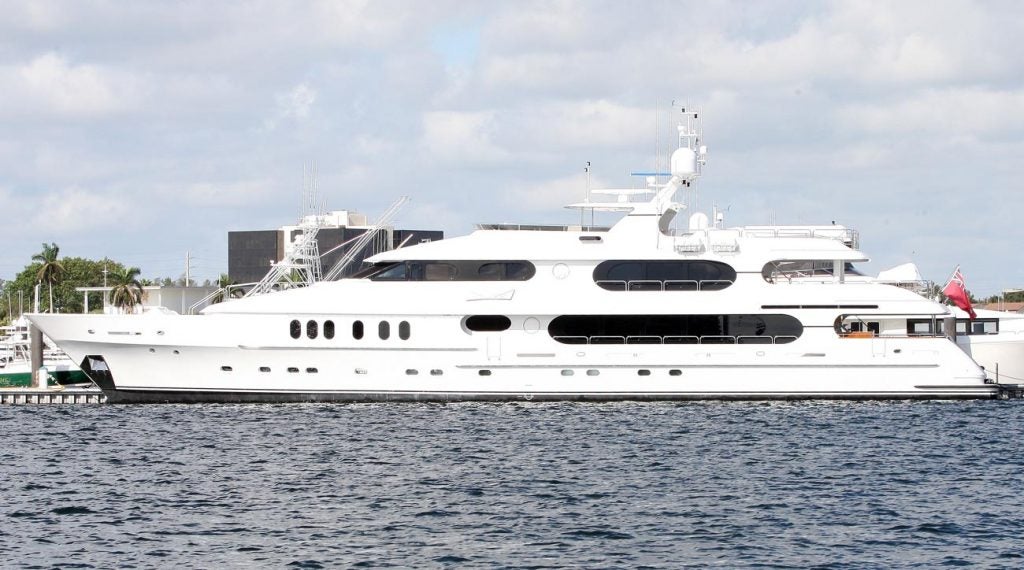 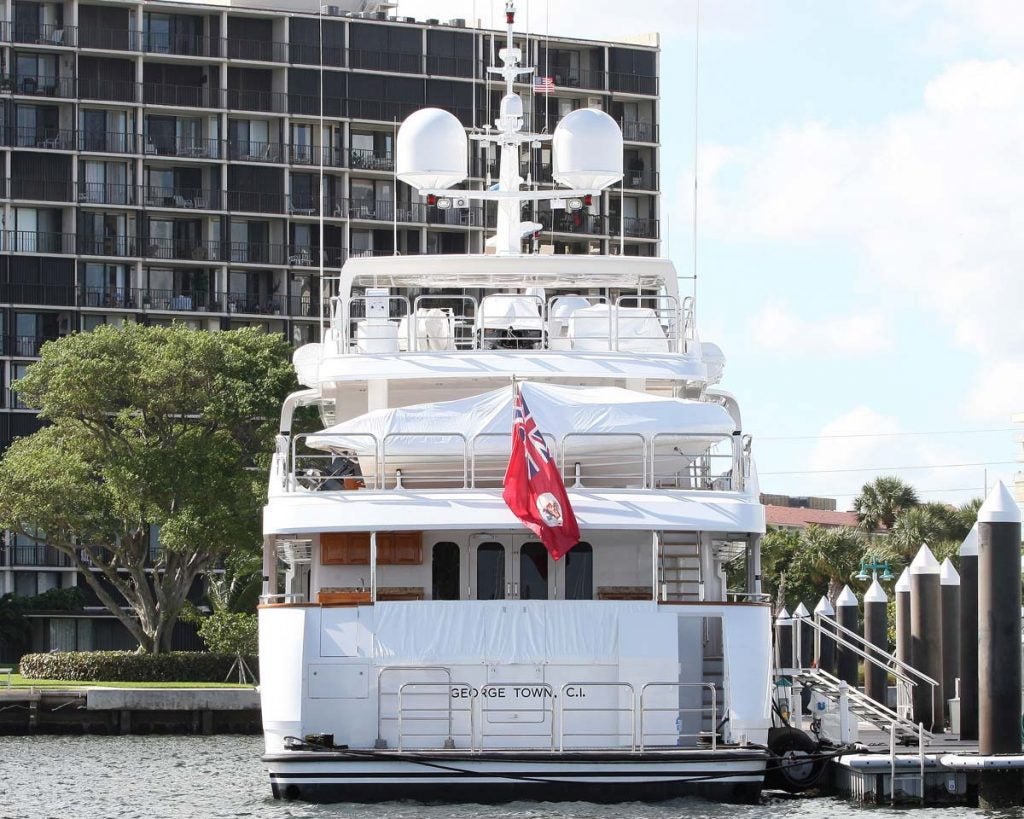 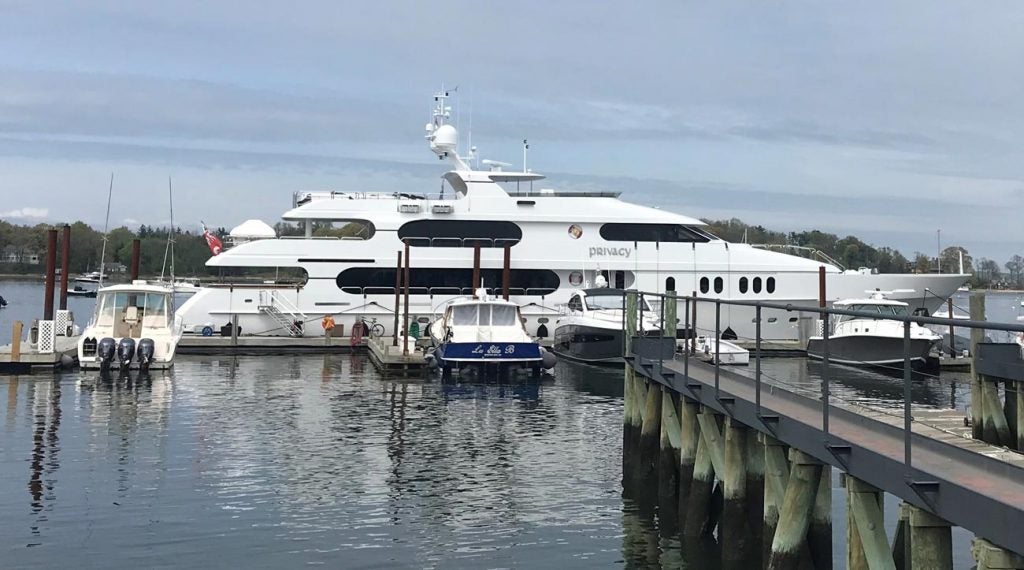 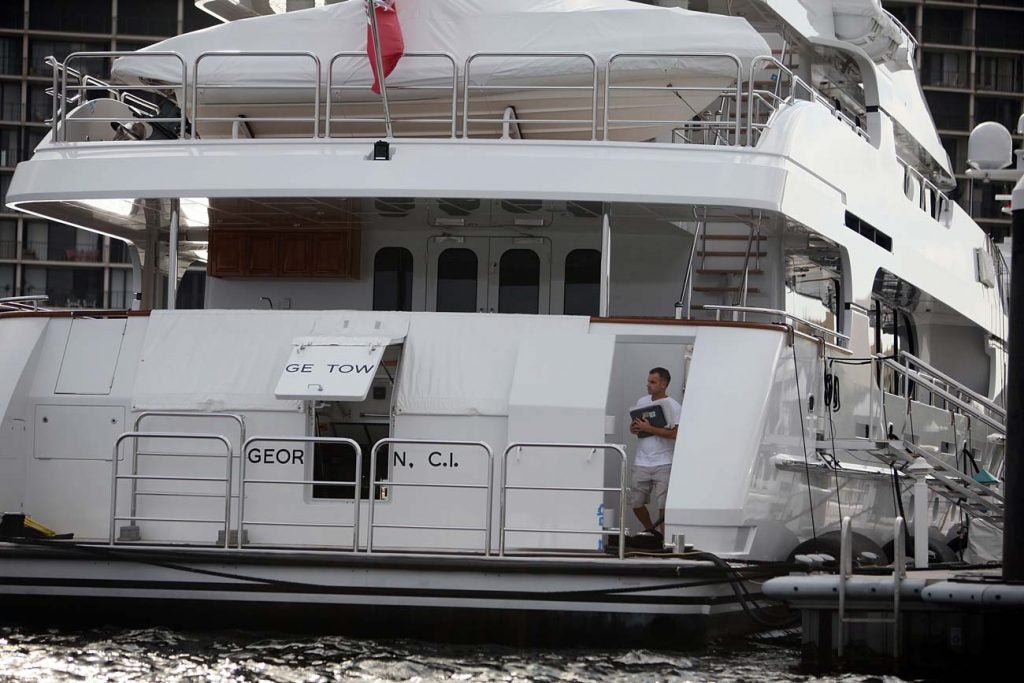 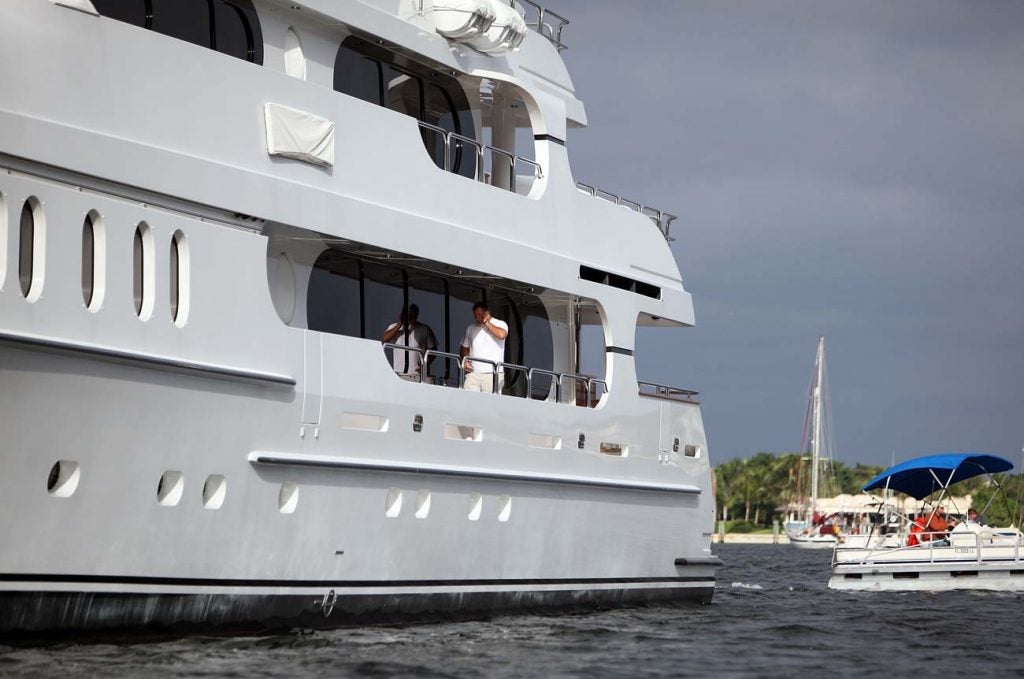