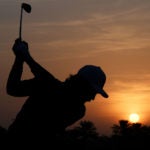 How will the coronavirus impact golf's future?

On April 19th, less than half of U.S. golf courses were open for play. That was in line with the general limitations placed on the country’s non-essential businesses. But then something happened: America’s courses opened back up. Two weeks later, that number soared to 80%, and now it’s somewhere around 98%, according to the National Golf Foundation.

Some pockets of the country are showing signs of a surge in golf-related interest. The sport lends itself particularly well to social distancing. People are craving time outside and a safe way to socialize. Some potential golfers have had their schedules freed up as more people than ever are working from home, allowing flexibility to sneak in a few holes. But there are plenty of questions facing the recreational game to which we still don’t know the answers.

1. Are the signs of American deurbanization temporary and geographically limited? How will that affect rural and suburban golf courses?

2. Early-season limitations meant lost revenue opportunities. What does that mean for courses operating on the edge?

3. Thus far people have been restricted from traveling — and reluctant to do so even where restrictions have been lifted. What does this mean for “remote” or “destination” golf courses?

4. What are golf course developers thinking about their future prospects?

5. City budgets are strung as tight as ever but there will be a demand for affordable outdoor golf options. Could we be looking at a golden age for munis?

We break down these questions and more on this week’s Drop Zone podcast. GOLF.com writer Josh Sens has spoken with industry experts across the country, all of whom are making their best estimations as to golf’s immediate future. You can listen to the full episode below, or on any of the following platforms: