Here’s what Augusta National did with unused Masters concessions 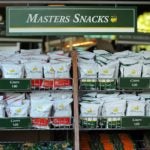 Masters week came and went this year without a blade of grass being disturbed at Augusta National Golf Club. The tournament was postponed back in March in light of the coronavirus pandemic. Fortunately for golf fans, the 2020 Masters has been rescheduled for November, so a green jacket will be awarded this year.

While the fairways, greens and winner’s jacket will survive just fine over the next few months, other key parts of the event won’t last that long, namely the famous Masters concession food. But thanks to a recent decision by the club, that food won’t go to waste.

On Tuesday, the Augusta Chronicle reported that Augusta National made a huge donation to the Golden Harvest Food Bank, which provides food to those in need in the Augusta area. With the pandemic increasing the need for nutritional support in the community, Golden Harvest recently received a grant from the COVID-19 Emergency Relief Fund from United Way and Community Foundation of the CSRA.

The list of food ANGC donated is astounding. It includes 2,000 pounds of produce, bread and other items, which will be a perfect to supplement Golden Harvest’s needs. In addition, the club is donating 50,000 bags of potato chips that would have otherwise been sold at concession stands during the Masters in April.

Golden Harvest executive director Amy Breitmann spoke to the Augusta Chronicle for the report and expressed gratitude to the club for its generous donation.

“It’s particularly encouraging to see the Augusta National, their creativity with their resources, and using the concession items from the postponed Masters Tournament to give to us and to pass on to those that we serve. It really is such a special tradition and to give some of those people that we serve some of that experience is really priceless.”

According to the report, Augusta’s food donations will be served at The Masters Table soup kitchen in downtown Augusta, as well as at other locations in the community.