7 bizarre but true stories about Augusta National Golf Club, home of the Masters

Every April — well, every April except this one — the top pro golfers, avid golf fans and hordes of media members make a mass migration to Augusta, Ga., and descend upon exclusive and private Augusta National Golf Club for the Masters. Thanks to this annual televised celebration of golf, diehard Masters fans may feel like they know the grounds and history of ANGC as well as their local muni.

But how much do you really know about Augusta National? The truth is, despite the fact that 83 Masters tournaments have been contested there, the hallowed grounds of the club are still shrouded in mystery — and history.

Tournaments
Course Rater Confidential: What would scratch and bogey golfers shoot in tournament conditions at Augusta?

With everyone stuck at home this Masterless-Masters weekend, we compiled a selection of some truly strange and lesser-known stories about Augusta, so you can get a small peek at the club’s history beyond what it reveals every April. From hostage situations, to radical course redesigns, here are some of the most bizarre but true stories about Augusta National. We kick off our list with one of the wildest stories in the club’s long history. In October 1983, President Ronald Reagan took a trip to Augusta to play a round with a Republican donor and members of his cabinet. Shortly after Reagan made a mess of the par-3 12th hole, two members of his entourage took off to do some shopping at the pro shop. While there, 45-year-old Charles Harris, a recently-fired millwright, burst in wielding a revolver and demanding an audience with the president. Harris held several people hostage in the pro shop at gun point.

Tournaments
Lanny Wiles was supposed to play Augusta. Instead he was taken hostage in the pro shop

Once told of the situation, Reagan tried to talk to Harris on the phone, but the connection was spotty. Eventually, and long after the president was whisked away from the course, all of the hostages either escaped or were released, and Harris surrendered to police officers two hours after the incident began.

You can read the full story here. 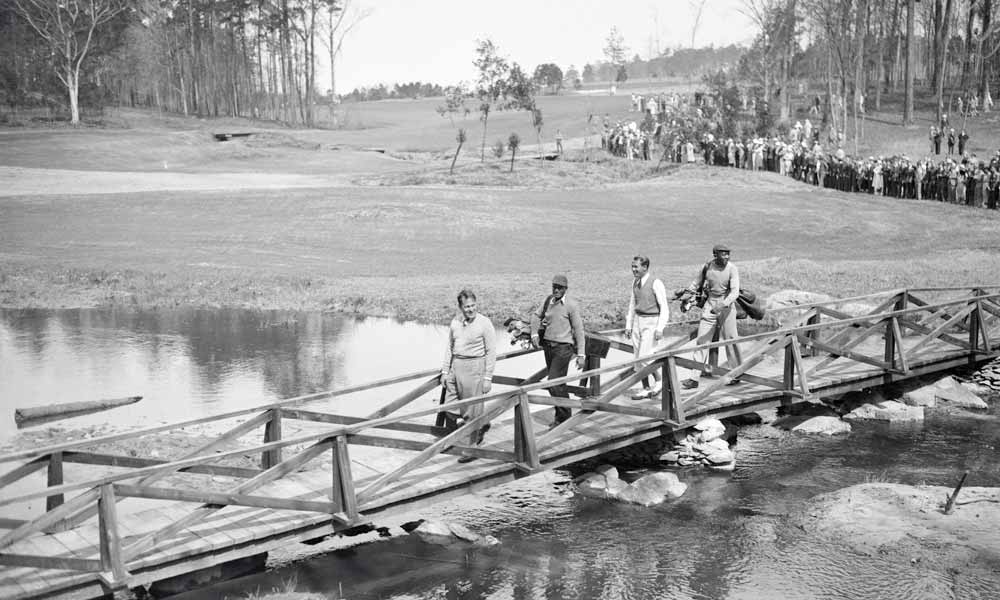 These days, Augusta is renowned for the impeccable conditions maintained by the club’s greenskeepers. It’s often said there isn’t a blade of grass out of place during the Masters. But the members were not always so precious about the fairways and greens.

The club shut down in 1942 with the United States’ entrance into World War II and remained closed until 1945. Instead of keeping the land dormant, the club decided to temporarily transform into a cattle farm. You read that correctly. During the war years turkeys and cows roamed the sacred fairways and greens of Augusta National. The endeavor proved to be less financially successful than they hoped, and the end of the war brought the return of golf to ANGC. The Masters returned in 1946, where Herman Keiser beat Ben Hogan by a stroke to take home a check for $2,500.

3. The Masters was born out of U.S. Open rejection 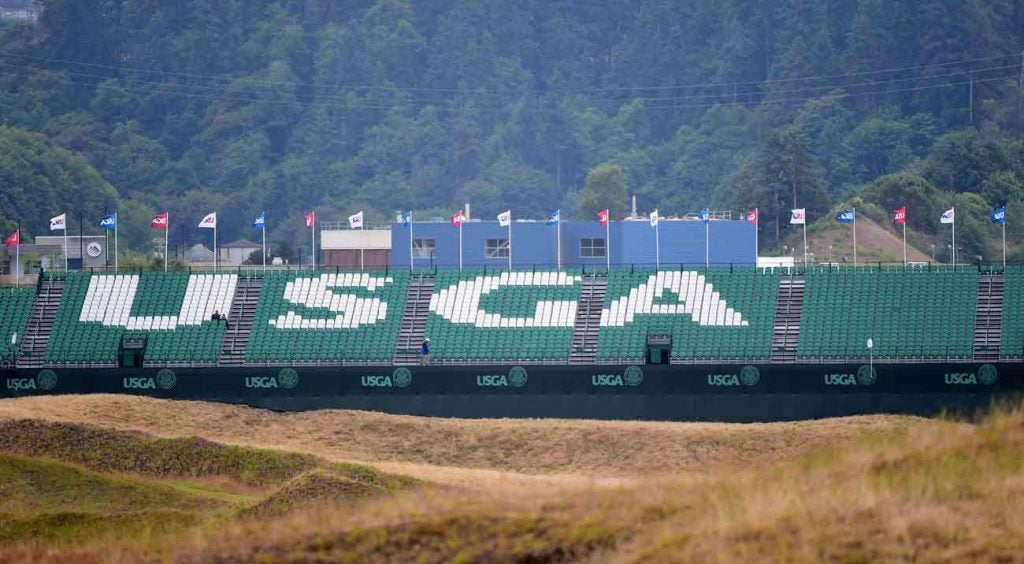 A USGA logo is seen across a grandstand at the 2015 U.S. Open
Getty Images

The Masters is arguably the premier pro golf event on the calendar, adored by fans and Tour pros alike. But it wasn’t always so. The Masters wasn’t even considered a major until the middle of the 20th century. In fact, the tournament was born out of a rejection from another major.

Club founder Bobby Jones and chairman Clifford Roberts wanted to debut the course to the world by hosting the 1934 U.S. Open. But the USGA wasn’t easily convinced. USGA president Herbert Jacques wrote that “whereas we are all favorably inclined to this move in the near future, we do not think it is practical to attempt in 1934.”

Without a U.S. Open to hold there, Jones and Roberts decided to create their own event, the “Augusta National Invitational” which soon came to be known as the Masters, and eventually rose in prominence to sit beside the U.S. Open, Open Championship and PGA Championship as one of golf’s four majors. 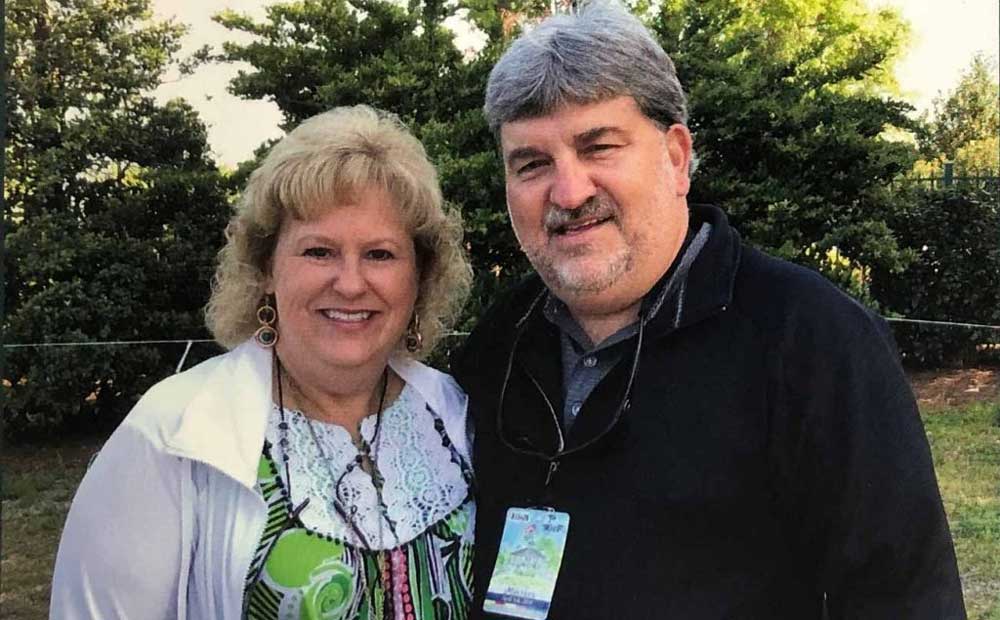 Johnny Pruitt and his wife Christine wearing their Masters badges on Friday in 2018.
Courtesy

The next story on the list is one that has only recently seen the light of the day, thanks to GOLF’s Dylan Dethier and the Drop Zone podcast. In 2018, Johnny Pruitt landed his ultimate golf dream: tickets to the Masters. But shortly after getting to the course, Pruitt collapsed near the 11th green in Amen Corner with a massive heart attack.

A quick-acting doctor and fellow Masters patron immediately performed CPR as a club employee rushed Pruitt to the medical tent. He was eventually transferred to a local hospital, where he miraculously recovered after being near-death for weeks. Incredibly, Pruitt returned to Augusta National one year later at the 2019 Masters, and — feeling reborn from his struggle to survive — revisited Amen Corner. You can listen to the entire story, which is well worth your time, here. 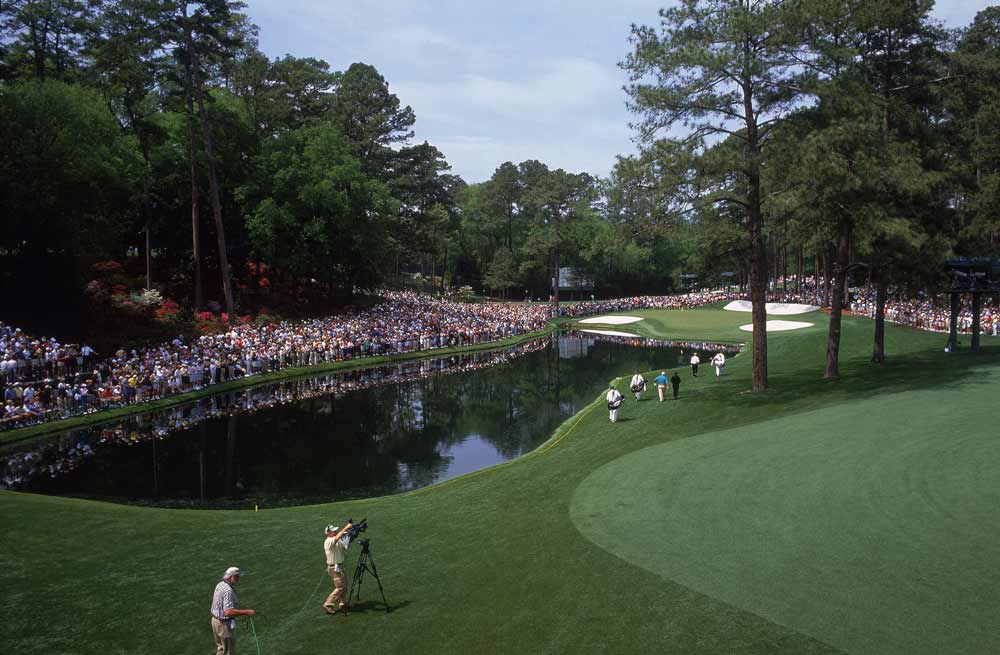 As noted before, the fairways and greens of Augusta National are sacred ground in golf. Because of that, you would think that the original design by elementary architect Alister MacKenzie would be preserved in its original form. You would be wrong.

In fact, Augusta National has undergone extensive renovations over its history by as many as 10 golf architects. But few holes have changed as much as the par-3 16th. The iconic hole, with a pond running down the left side of the green, was the site of legendary birdies by Jack Nicklaus on his way to victory in 1986, and Tiger Woods on his way to his fifth green jacket in 2019.

The original 16th required an easy 145-yard shot over a creek. But in 1947, Robert Trent Jones Sr. completely transformed the hole, adding the pond and turning it into the dramatic hole it has become.

6. The front and back nine were reversed, then reversed again 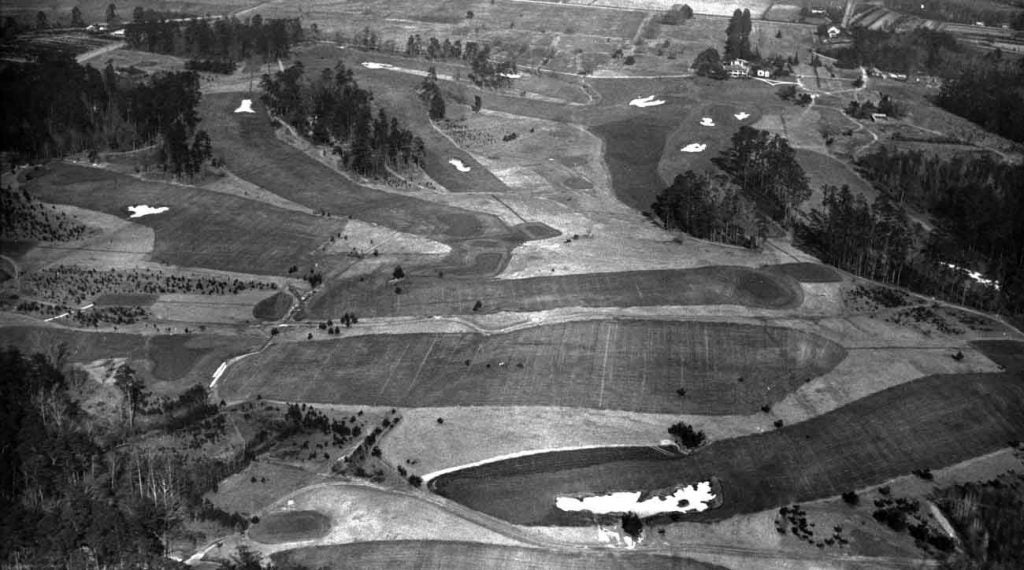 An aerial view of Augusta National in 1933.
Getty Images

The 16th hole isn’t the only part of the course that’s changed dramatically over the years. The entire routing flipped. After the inaugural Masters in 1934, the front and back nines were swapped, leading to the familiar back nine finish we are accustomed to. The present order allowed for play to begin earlier because the lowest parts of the course (today’s 10th through 12th holes) were susceptible to frost and drainage issues.

Travel
Which architect has the most Top 100 course designs? You might be surprised

While some may be familiar with that footnote in Augusta’s history, most don’t know that the current configuration was actually how MacKenzie originally envisioned the course. Just before construction began in 1931, MacKenzie decided to reverse the nines in order to have the closing hole finish near a new clubhouse that was planned. But members decided to keep the original clubhouse, which still stands today, so they switched the course routing back to MacKenzie’s initial conception. 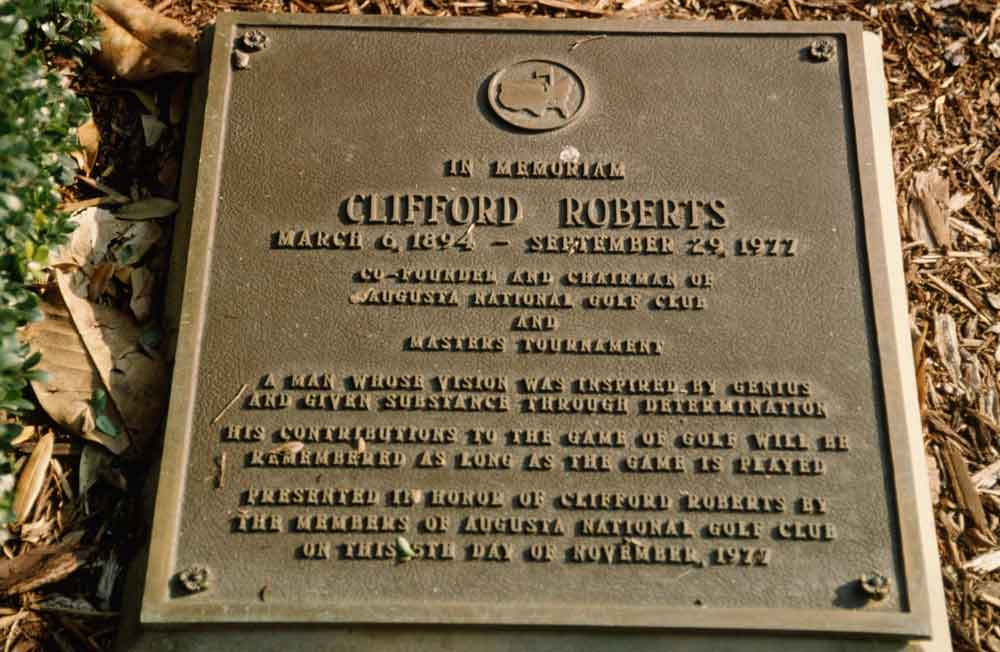 The final story on our list is steeped in tragedy. In September 1976, Clifford Roberts, the co-founder and chairman of the club, was found dead from a self-inflicted gunshot wound on the course. Roberts’ deteriorating health had forced him to stay in bed and miss that year’s Masters, according to the The Guardian. The Augusta Chronicle remembered him the next day in its pages, describing him as “the indestructible man, the forceful personality whose iron will would normally carry him through any crisis, physical or otherwise.”