With U.S. Open qualifying nixed, here’s how the 2020 field will come together 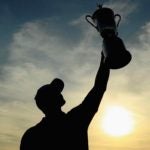 There will be no qualifying for the 2020 U.S. Open Championship, slated for September at Winged Foot Golf Club, in Mamaroneck, N.Y.

But there are many new ways to get in.

The United States Golf Association announced Thursday its exemption categories for the event, which will be held this year without qualifying for the first time in nearly a century.

In addition to the customary U.S. Open exemptions (such as for the winners of majors and other prestigious events) this year’s provisions guarantee spots for 13 amateurs, 10 players from the Korn Ferry Tour and a handful of top performers from professional circuits in Japan, South Africa, Australasia and the United Kingdom. They also make room for a greater number of players from the Official World Golf Rankings; the 2020 field will include the top-70 point-leaders and ties from those rankings, as of March 15, instead of the usual top 60.

“This has been a very challenging year, and to have to go without qualifying is deeply disappointing to us,” said John Bodenhamer, the USGA’s senior managing director of championships. “At the same time, we’ve worked very hard to create pathways for a representative field, and we feel good about what we’ve come up with.”

Thursday’s news provides a measure of clarity in a season clouded by a public health crisis that has forced the cancellation of several marquee events and the postponement of others, including the U.S. Open, which was pushed to September from its original date in June. On May 19, citing concerns around Covid-19, the USGA announced that for this year alone, it would forgo qualifying, which was introduced to the U.S. Open in 1924.

In the weeks since that decision, Bodenhamer said, USGA officials had been studying data from past U.S. Opens, the better to help them cultivate a field that would faithfully reflect the spirit of the event.

Take amateur participation, a rich part of the championship’s history. Over the past decade-plus, at least 10 amateurs have competed in every U.S. Open; over the past five years alone, an average of 15 amateurs have been in the field. To approximate those figures, exemptions will be given this year to the top seven players in the World Amateur Golf Ranking who are not otherwise exempt as of Aug. 19. That’s in addition to the six amateurs who are already eligible based on recent finishes in other USGA championships. In total, 13 amateurs are now guaranteed a place in the 2020 field.

Global participation is important to a U.S. Open, too. To that end, exemptions will be granted to the top-10 aggregate point-earners for the first five events of the European Tour’s United Kingdom Swing, as well as to top finishers in the 2019 Order of Merit for the Japan Golf Tour, the Sunshine Tour, in South Africa, and the Australasia Tour.

“We were trying to build in what I would call ‘play your way or earn your way in’ opportunities,” Bodenhamer said. “In a one-off year, it’s a nice opportunity for players who might not otherwise have the chance to play their way in to the championship.”

Players not already exempt will also be able to earn their spots through their performances in six PGA Tour events (the Memorial; the 3M Open; the WGC-FedEx St. Jude Invitational; the Barracuda Championship; and the Wyndham Championship; as well as the PGA Championship).

In the case of the World Rankings, the additional latitude of 70 spots should come as welcome news to the likes of Keegan Bradley (T-62), Eddie Pepperell (65) and Joel Dahmen (70), all of whom would have been outside the cutline in a normal year. But the biggest name to benefit from the change is Phil Mickelson, who ranked 61st in the world as of the March 15 cutoff and was not otherwise exempt. Mickelson, a six-time U.S. Open runner-up whose relationship with the USGA is, well, complicated, said recently that if he failed to qualify, he would not accept a “sympathy spot” in the event through a special exemption, which the USGA would have been all but sure to grant him.

The golf world will now be spared the potential awkwardness of Mickelson declining the governing body’s invite.

Because the U.S. Open is being played in September, with a narrowed window of daylight, the field has been reduced to 144 from its traditional 156. Of that 144, any remaining spots will be filled by using the World Rankings, as of Aug. 23.