Why Phil won’t need a (potentially awkward) special invite to play in the 2020 U.S. Open 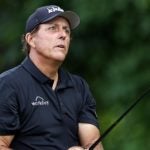 Phil Mickelson will qualify for the 2020 U.S. Open based off his OWGR position after all.

The United States Golf Association announced on Thursday its exemption categories for the 2020 U.S. Open at Winged Foot, which have been tweaked due to the scheduling mayhem caused by the coronavirus pandemic.

Among the big winners: Phil Mickelson.

There will be no local and sectional qualifying for this year’s event, but the USGA did expand its field to the top 70 in the Official World Golf Ranking as of March 15, instead of the usual top 60.

Mickelson, the 50-year-old five-time major champ, is 61st in that ranking, meaning he’ll auto-qualify. He was not otherwise exempt. This is notable, because many observers assumed the USGA would hand Mickelson a special exemption to get into the field. He’s played in 28 U.S. Opens in his career and has a record six runner-up finishes, just a win away from completing the career grand slam. But Mickelson said in February he wouldn’t accept a special invite even if he was offered one.

“I don’t want a special exemption,” he said. “I think I’ll get in the tournament. If I get in, I deserve to be there. If I don’t, I don’t. I don’t want a sympathy spot. If I am good enough to make it and qualify, then I need to earn my spot there.”

But now that bit of potential awkwardness will be avoided.

This year’s Open will be played at Winged Foot in Mamaroneck, N.Y., the site of Mickelson’s most heartbreaking U.S. Open close call. In 2006, he needed to par the 72nd hole to win but instead made double bogey, finishing a shot back of Geoff Ogilvy.

The U.S. Open is Sept. 17-20. The USGA trimmed the field from 156 to 144 due to daylight restrictions. For more on the new exemptions and field, click here.