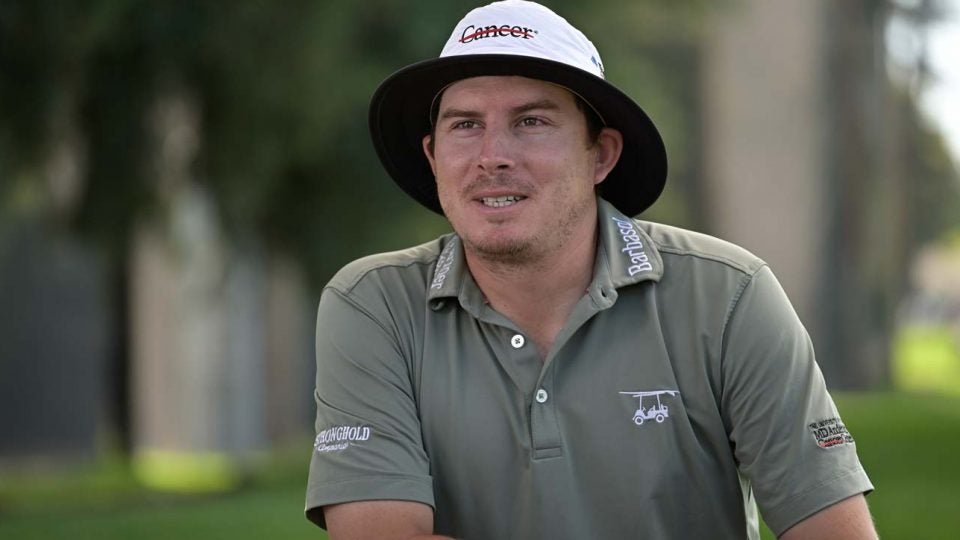 Joel Dahmen is one of the most insightful interviews on Tour.
Getty Images

For professional golfers, the PGA Tour is the promised land. Big purses. Big crowds. Big TV time. But that doesn’t mean that all Tour players are created equal — far from it.

Joel Dahmen, who has established himself as one of the game’s more insightful pros, joined Sean Zak and me on the Drop Zone this week and broke down the class differences at the game’s top level. In his mind, there are the normal members of the Tour and the elite upper crust.

“Absolutely, there’s like, PGA Tour and PGB Tour, and most of us are on the PGB Tour,” he said. “The PGA Tour, you get those top 10 in the world and those guys are just better, but those guys have so much other stuff going on outside the ropes; the demands on their time are so great. I’m just starting to sniff it a little bit this last year.”

Dahmen played his way into the world top 100 for the first time last year (he’s currently No. 86) and has found himself spending more time in the spotlight. Still, he said he’s hardly envious of his more famous peers.

“Not one bit. I’m envious of their bank accounts, but I’m not envious of like, when they go dinner they have to get like the special room sometimes. Rarely can they just hop out and throw the keys to the valet — everything has to be so well-planned for them. And that’s why you have four or five people around them. It would be great to play that well and be around the lead and win multiple times, but with that comes a lot of extra stuff, and how much are you willing to sacrifice basically cash-wise for a very normal life.

“And there’s a line there somewhere. There’s a lot of guys — Charles Howell III has made 50 million? 40 million? I mean, even Kuchar’s on the line where he doesn’t really get recognized out, or Jim Furyk.

“And there’s a whole side of social media where everything you do is on social media or people put it out there for you, your management team…it’s all worth something. So the bigger you get the more people you have to help you do all that, but I also book all of my hotels, I book all my flights, I manage all the little things, my wife and I do that all, and I still like doing all that stuff.”

There are tons of perks to getting into the world top 50, as one major benchmark. Dahmen recognizes that. But players can still reap the rewards without achieving great fame.

“Corey Conners, he just made Tour Championship last year, nobody knows who he is. There’s a fine line of Tour Championship, get in all the majors, WGCs and you can still kind of be a nobody.”

Our entire conversation with Joel was enlightening and entertaining — we’d encourage you to give it a listen! You can find the complete interview embedded below.

How would a scratch golfer fare against LPGA pros? Now we know: not well.
Go to mobile version