The Match picks to win: Here’s who our staff is betting on 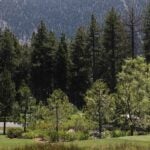 Charles Barkley is playing with Phil Mickelson. One of the best of all time. Five majors. Forty-four PGA Tour victories. His own brand of coffee. He’s playing on a course Lefty owns, Stone Canyon Club in Arizona. He’s playing against just a former NFL quarterback and a current NBA guard.

But, really, it comes down to this:

Can you really bet on Charles Barkley playing golf?

For his part, Barkley said his swing has improved. And the format for the event is modified alternate-shot match play, where each player will hit a tee shot, the best one is chosen, and the shot alternating will then begin. Or, more simply put, it won’t all be up to Barkley.

Three members of our staff — myself, Jessica Marksbury and Josh Sens — are making bets using odds from DraftKings. The three of us were the leaders of our staff’s weekly picks game, which ended for the year with the Masters.

Here’s who we are betting on for The Match: Champions for Change, with TV coverage starting at 3 p.m. ET on TNT:

To-win: Steph Curry-Peyton Manning, -175. An alternate-shot format just seems like too high a mountain to climb for Phil Mickelson when he’s saddled with a player like Charles Barkley (sorry, Chuck!). Curry is a stick who has proven he can play well in the limelight, and Manning should be able to hold his own. Even if Barkley has a pretty good day, he’s bound to put Phil in some compromising positions — and Phil isn’t exactly bulletproof off the tee, either. So, that’s all a long-winded way of saying my money’s on Curry/Manning.

To-win: Phil Mickelson-Charles Barkley, +138. Per usual, Jessica offers a sound assessment of things. But the key for me is the odds. Mickelson and Barkley are underdogs, and Curry and Manning are laying a good amount of juice. Given the randomness of alternate-shot, and the fact that this is a tight, target-y course, I think we can count on Manning being in almost as much trouble as Barkley, and as great a player as Curry is, he’s not Mickelson, among the greatest escape artists of all time. The other factor is this: Barkley has reportedly made huge improvements. We’ll see if he can put them into play when the lights go on, but if he plays even halfway to his potential (he was a single-digit golfer before the demons got him), he won’t be far behind Peyton. I’ll take Sir Charles and Phil, getting the odds.