This swing might be unorthodox, but it sure is effective

Left hand low might look odd for a full swing, but for Patrick Welch, it works.

I’ve seen a lot of different swings in my instruction career, which has taught me that there’s no one method for playing this game. Working with PGA Tour player Matthew Wolff and his swing over the years has drilled home this point even more. Now, enter University of Oklahoma sophomore Patrick Welch, who’s riding one of the most unusual decisions I’ve seen as an instructor — adopting a left-hand low grip for all swings — to become one of the most promising players in college golf. A lot of players go left-hand low but usually when putting or performing a corrective drill. Not Patrick.

Story goes that he instinctually wrapped his hands around the handle this way when his first picked up a club at the tender age of three. Here’s how the decision has worked in his favor, as well as some other idiosyncrasies that, obviously, work for Patrick. You never know — they just may work for you, too. 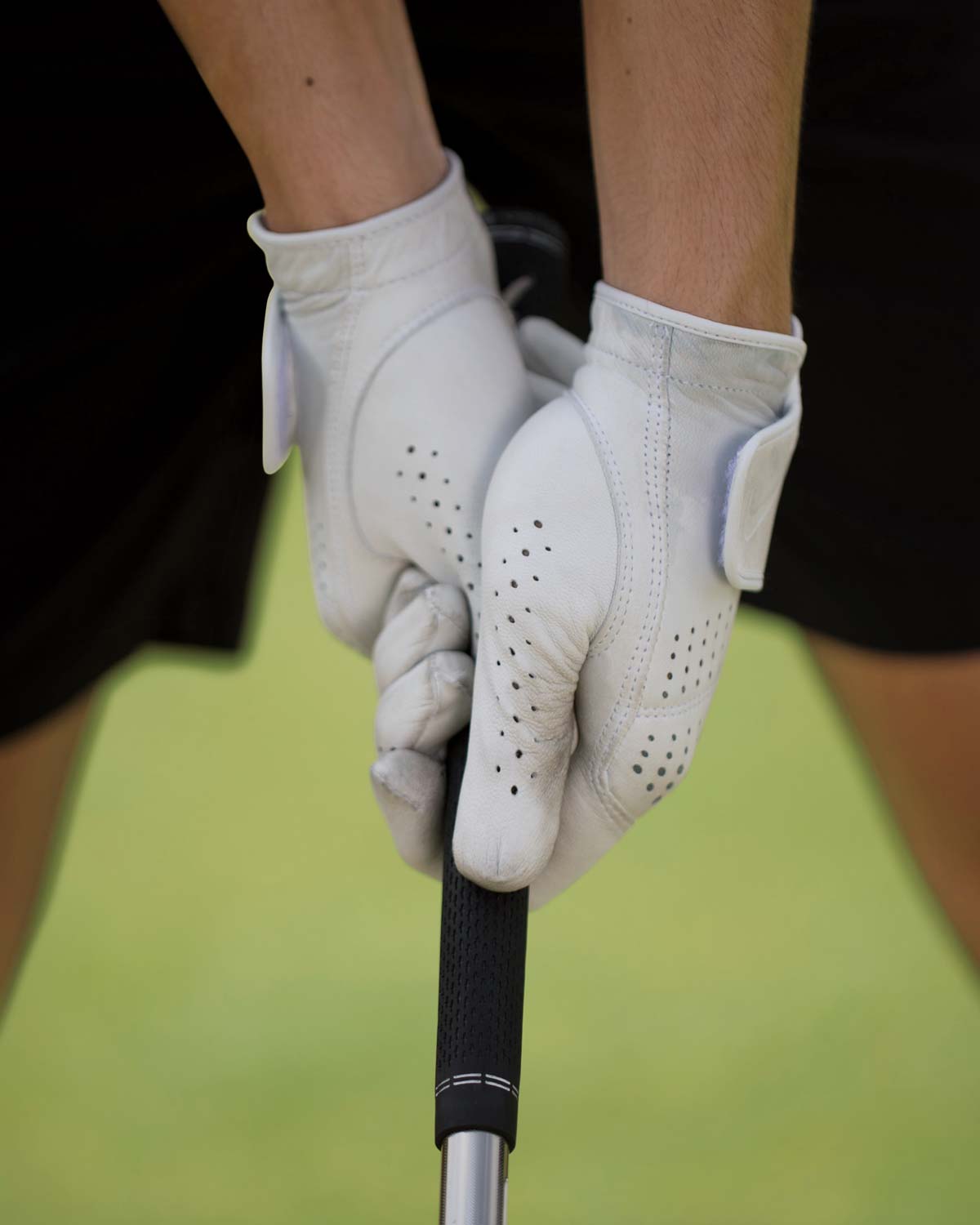 Patrick’s left-hand-low grip isn’t only for his personal comfort—it virtually eliminates any upper body tilt away from the target at address. Check his setup at the top of the page and you’ll notice that his shoulders are perfectly level. Normally, you need some tilt to create height, but Welch has no problem launching it high (see No. 5). Also, notice his extra-wide stance, which as you’ll see plays a major role in his backswing. As for the two gloves, you can’t help but love the kid’s style. 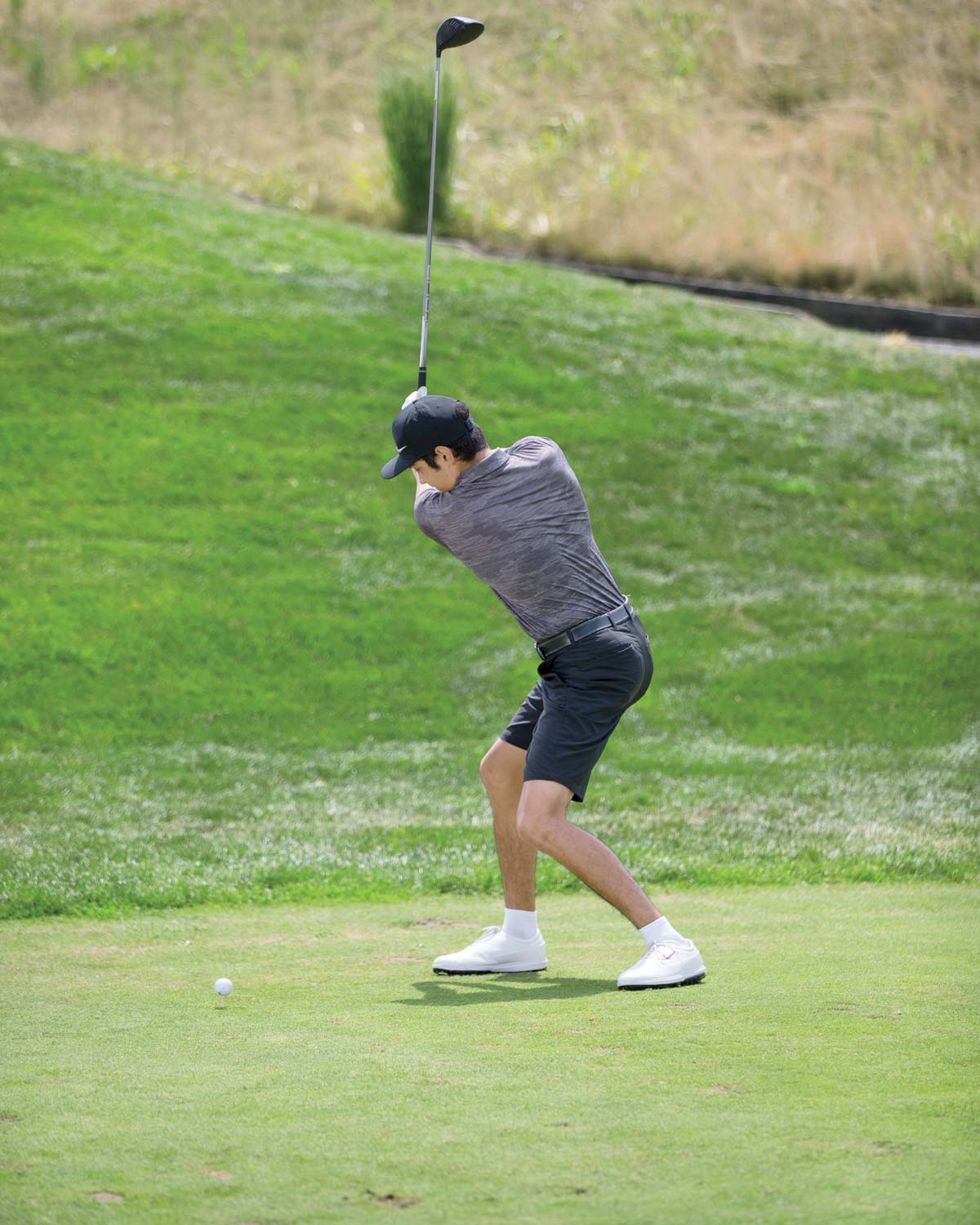 Instead of straightening his trail leg on the way back, Welch retains a significant amount of knee flex. This produces boatloads of tension, forcing him to lift up his arms with his elbows close together and the shaft vertical. Most golfers strive to swing on a tilted plane at this point, but, as you can see, Welch is not like most golfers. 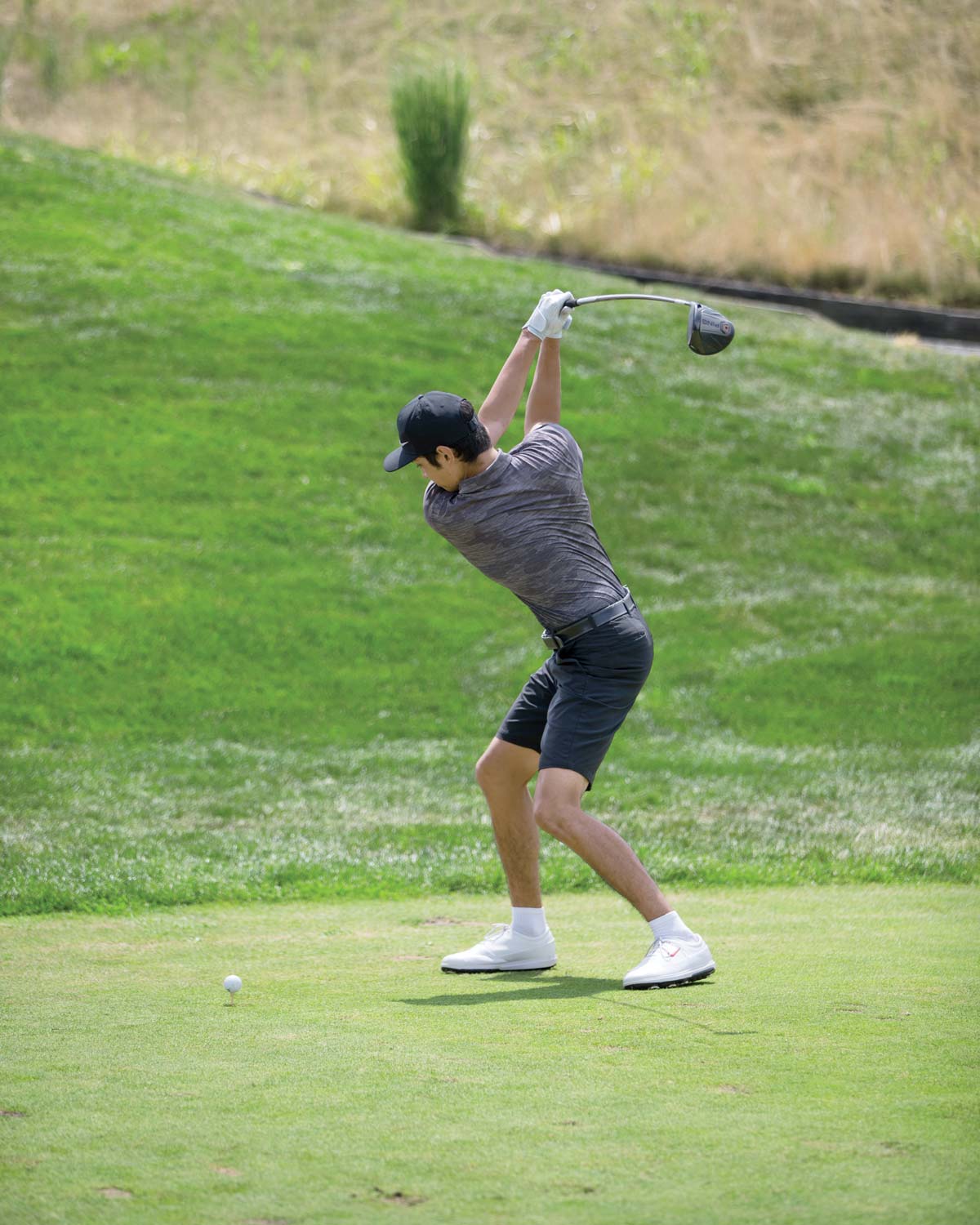 Better players tend to keep their lead arm in line with their shoulders as they swing to the top, but you’ll notice that Welch has his arms and hands in a very steep position and, again, his elbows close together. His knees remain flexed, but, most interesting, his clubface is wide open (toe pointing down). If he made a traditional start to the downswing from here, he’d be in a world of hurt. 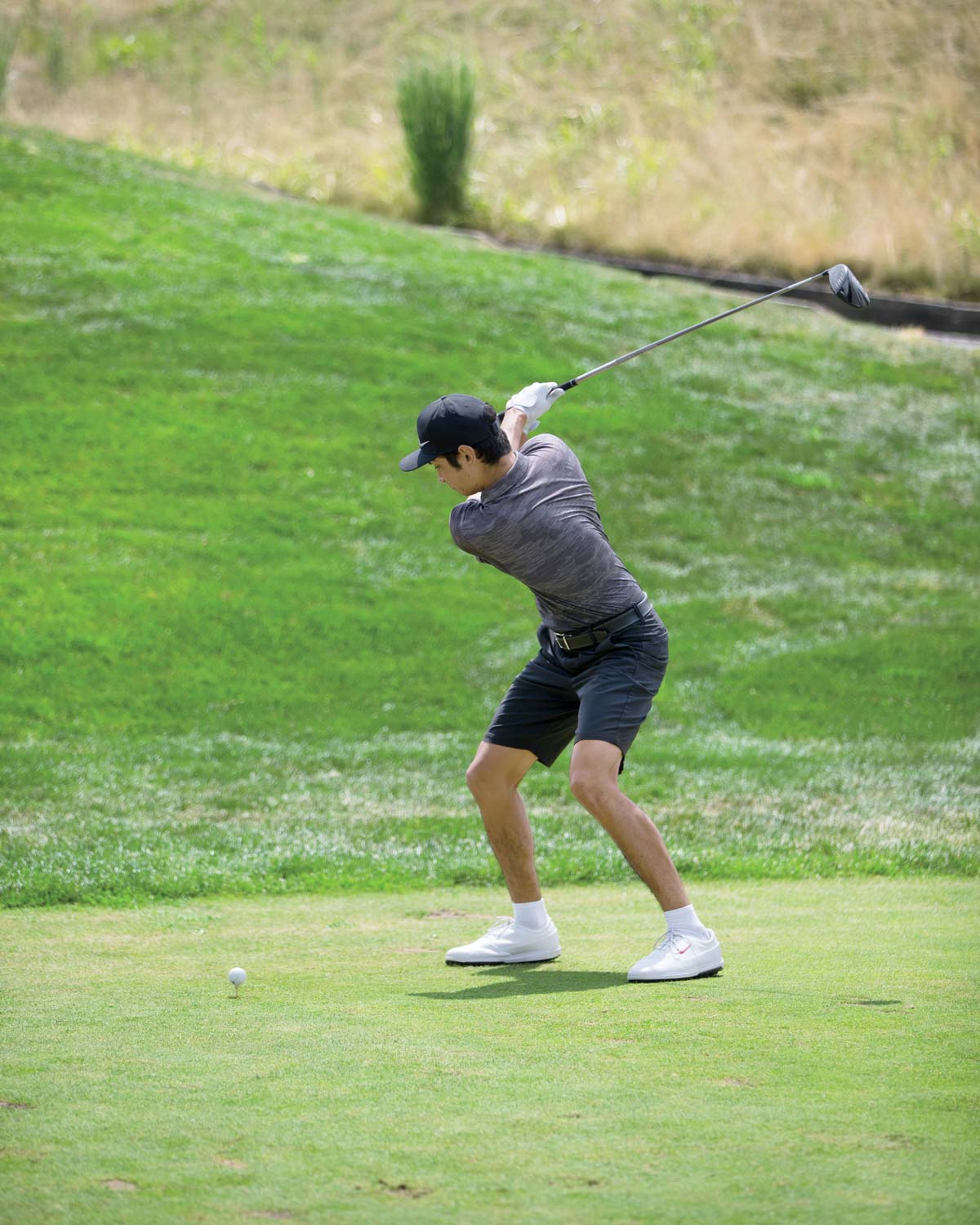 Patrick immediately flattens his path and shallows the club as he starts down. (Notice the huge drop by his hands.) The clubface is still open, but otherwise he’s in great position. Crosshanded hold or standard, shallowing like this does wonders for your contact. 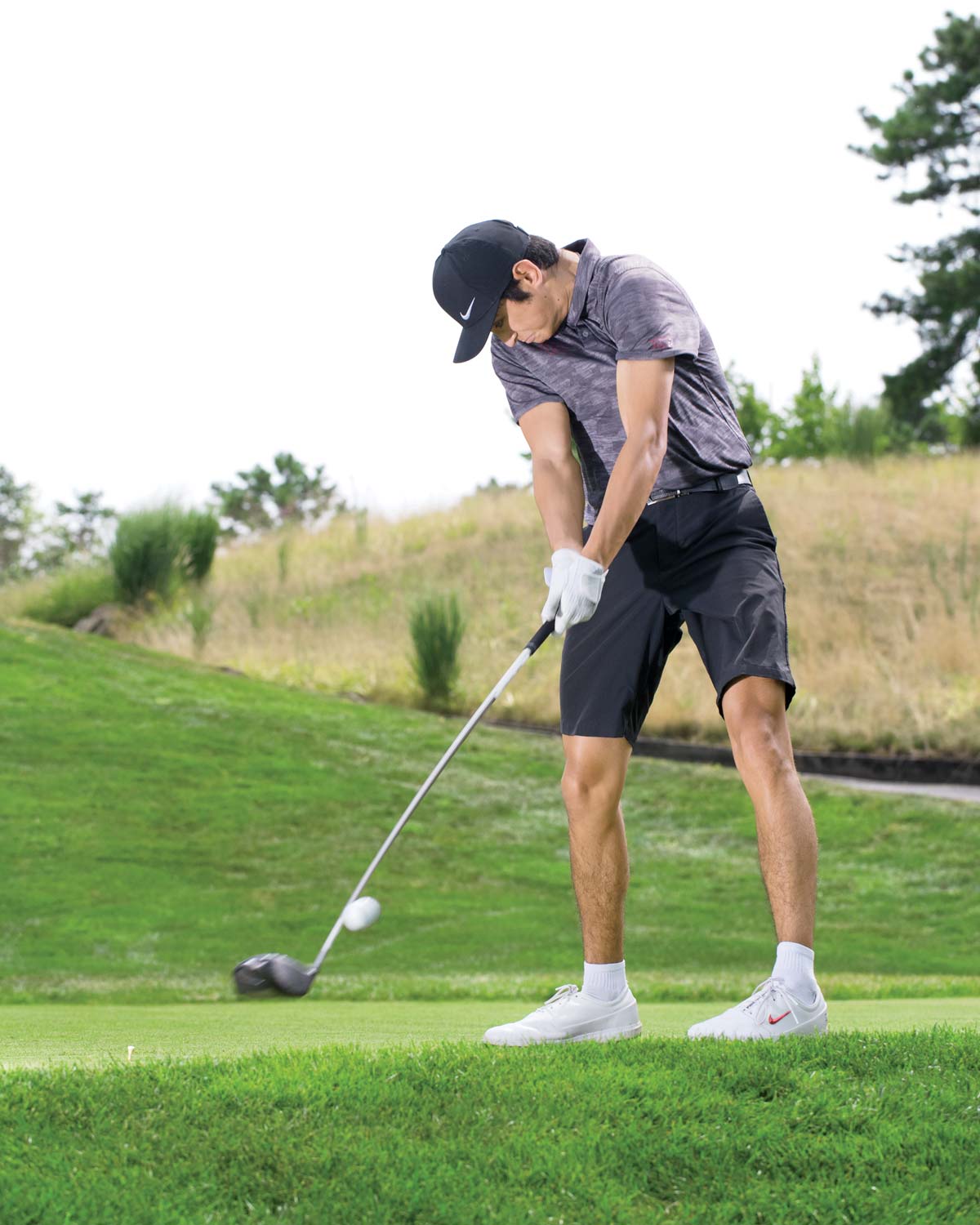 Welch actually slows his body turn to give his left hand more time to flex and rotate the clubface back to square. This costs him a little in terms of power, but it produces a higher ball flight and tends to keep slices at bay. Some interesting stuff here — and proof that “owning” your swing, whatever it may look like, is priority No. 1.