How Jim McMahon channels his inner ‘Tin Cup’ before every round 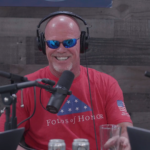 Subpar's Colt Knost and Drew Stoltz are joined by Super Bowl Champion Jim McMahon, who revealed his ability to play well while under the influence.

As the saying goes, when it comes to your golf game’s traditions, it’s only weird if it doesn’t work. Golf is one of the world’s most idiosyncratic activities, with infinite numbers of swings, swing tips, mental approaches and strategies. For some, it’s a warm-up routine, for others, it’s a pregame meal or a playlist.

In the cult classic movie “Tin Cup,” Roy McAvoy (played by Kevin Costner) has a unique tendency. McAvoy, a washed-up instructor, supposedly plays his best golf when he’s drunk. In the movie, Costner’s character stays up all night before the first round of the U.S. Open drinking, only to wake up hungover and finish his round in disappointing fashion.

In this week’s episode of GOLF’s Subpar, former NFL QB Jim McMahon reveals a secret about his golf game to hosts Colt Knost and Drew Stoltz. McMahon and McAvoy share the gift of inebriated excellence on the course. As he tells it, McMahon realized his gift at the American Century Celebrity Golf Tournament in Lake Tahoe.

Evidently, McMahon isn’t one for patience when it comes to his golf game. Immediately after the round ended, he had news for his caddie.

“I told him, ‘dude, now we do it my way,'” McMahon said. “The rest of the day we stayed up hammering drinks. I probably got two or three hours of sleep. I get to the course and he says, ‘are you going to hit balls?’ and I said ‘no.'”

Instead of preparing for his round, McMahon prepared his drinks. The former QB arranged for a fan to run him drinks during his round. By end of the round (by his tally) he’d finished 11 of them. But even in a near-comatose state, McMahon’s game improved over the previous day’s performance.

As the saying goes, it’s only weird if it doesn’t work.

“My buddy says, ‘I don’t know how the hell you do it, but we’re drinking again tomorrow,” McMahon said. “I said, ‘You’re god damn right.'”

You can watch McMahon’s whole Subpar interview, including the story of his high-stakes ante with Michael Jordan, in the video below.

‘Man, it was stressful’: What the intense pressure of a 4-footer for Olympic gold feels like