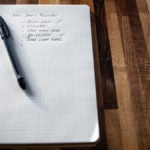 Every golf coach has the dream of one of their players making it big on a professional tour. For some coaches teaching world class professional golfers is a weekly occurrence. But for most, it’s nothing but a dream.

For the past 35 years I’ve had my share of students play on all the various professional tours around the world. However, for a week in July I got to step inside the ropes to caddy for an up and coming young tour professional named Matt Gilchrest. Matt has been a student of mine, on and off, since he was 10 years old.  He’s been successful at every level he’s competed, winning five times of the AJGA (American Junior Golf Association), an All SEC Golfer at Auburn University and exempt for the PGA TOUR Latinamerica, China and Canadian Tours at the end of 2019.

Matt received a sponsor’s exemption in to the 2020 TPC San Antonio Challenge at the Canyons on the Korn Ferry Tour in late May.  He asked if I would caddie for him and I quickly accepted. My first thought was you seldom get an opportunity to see how one of your top players operate, up close, under the gun.

When you arrive at a tour event with a player you never quite know what their game is going to be like that week. Fortunately, Matt’s game was solid and I reassured him of that every day.  During the two practice days we played 18 holes Tuesday and just a few holes on Wednesday along with practice on his fullswing, short game and putting each day. Matt felt great going into Thursday’s 1st round. He had a calmness or comfort knowing that his coach signed off on his game for the week, so ahead of the event, we set some goals and got to work.

Why setting goals is important

Before every event, I work with my students to set goals for the week, and Matt was no exception. Matt’s goal going into the event, first and foremost, was to stay safe and healthy.

Next but no less important was for Matt to never lose his positive demeanor. This is a trait of absolute importance playing golf at any level, and he can be proud of achieving that goal.

One of his outcome goals was a Top 25 finish would have allowed him to play in this week’s Korn Ferry event. He didn’t achieve that one, but we reevaluated during the event and Matt set two goals before his final round: He said he was going to make practice swings that matched the shot he was going to hit. Then, during his third round, he set the goal of making a more “convincing, aggressively smooth putting stroke.” He took 13 putts and made four birdies on the back nine of his third round, and the next day, shot 68, his best round for a T-46 finish (69-69-72-68). He could walk away from the week with his head held high.

How to set your own goals

Setting goals for a tournament or important round, and whatever level you may be, my first question to my students is to pick something that is a catalyst for them shooting a good score. Something, when successful, that can catapult you to a better score.

There’s a range of things it might be. It could be a better attitude, improved lag putting or being committed to a practice swing. It may sound small, but it’s important. Stay focused on the little things you can control, and let the rest of the chips fall where they may.