Why I ‘stress test’ my game at the start of every golf season — and you should, too.

Find a difficult course in the early part of your golf season and play it. It'll tell you a lot about your game.

It’s maybe the essential question that every golfer out there wants answered: How can I get better when I don’t have unlimited time to practice?

Tiger Woods, speaking at the Masters about the new reality of his injury, opened up about the way he had to alter his practice schedule.

I think the essence of what Tiger’s saying there is that when you have limited time or energy to practice, you need to be smarter and more focused about what you do choose to work on. It’s something the writers and editors around these parts grapple with, too.

And in the years since I stopped playing college golf, I’ve adopted something of an annual tradition that always seems to help me do both those things: In the early part of every season, I’ll dedicate one round to playing the most difficult golf course I can find.

So on Thursday, I played Bethpage Black from the tips on a cold and windy afternoon. Why would I do this to myself, you ask? And why should you do it too? It’s not for everyone, but here’s a few reasons it seems to help me.

1. It re-sets my expectations

Even in areas of the country where you can play golf year-round, the winter and holiday seasons aren’t very conducive to good golf. No matter what, when spring rolls around, your game is going to come back with some rust on it.

Playing a big, difficult golf course early in the season when you’re at your most rusty means it’ll probably be the hardest round you’ll play all season. You’ll be starting from a low baseline, and building momentum from there. 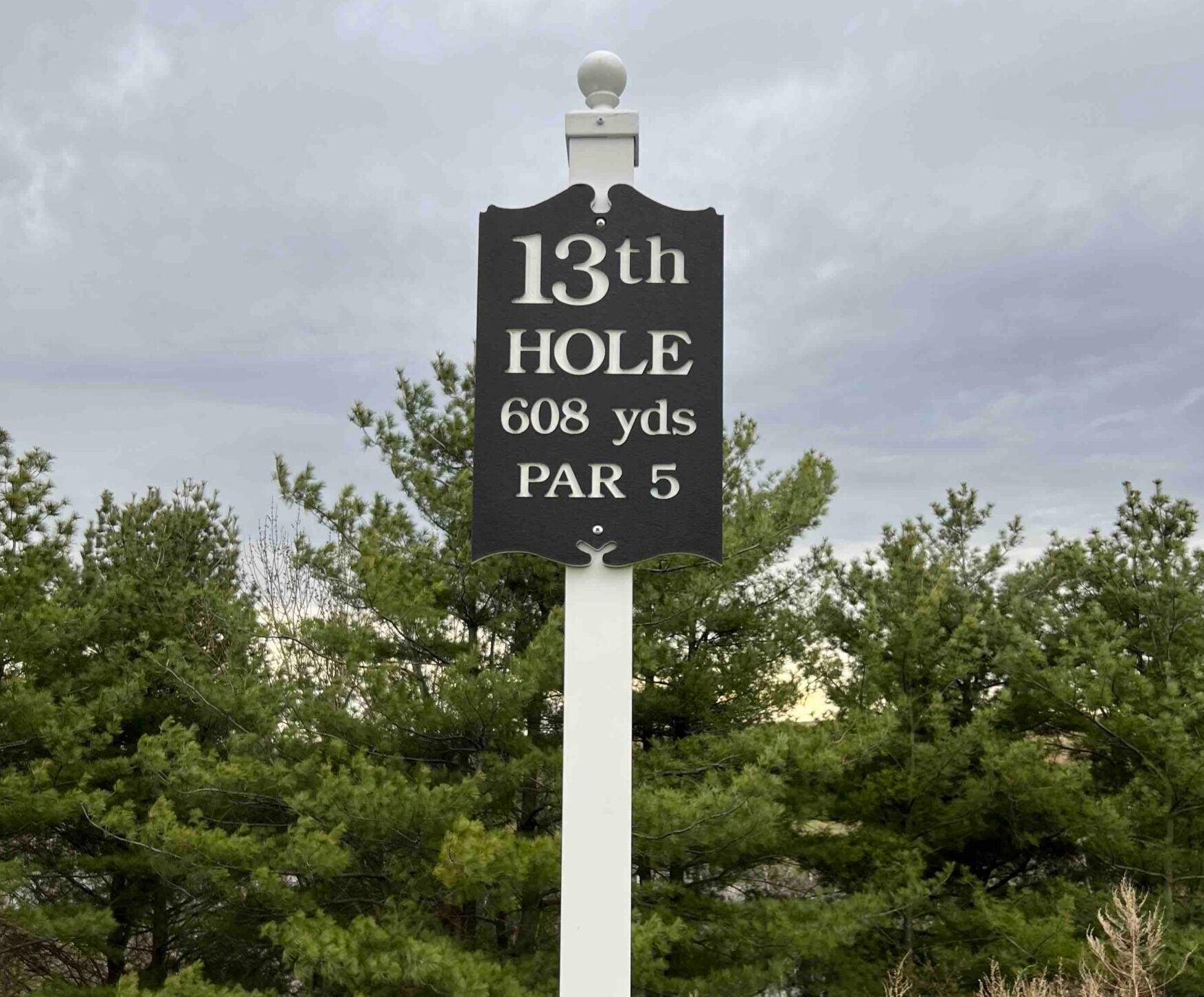 2. It forces you to scramble

Most golfers will have access to some kind of range or simulator situation over the offseason, but chipping and putting? That’s more difficult to practice. It’s always where the rust shows up first, and needs shaking off the fastest.

But playing a round at a really difficult course early in your season can help for a simple reason: You’ll almost certainly miss more greens than usual, which gives you more opportunities to practice your scrambling.

If you do decide to try this plan, I suggest playing tees farther back than you usually do (just make sure not to hold up pace of play), and I wouldn’t worry too much about your score. Instead, focus on your game.

Difficult courses expose your biggest areas of weaknesses, so take note of them. It’ll give you a clearer sense of what you need to work on, and when you explain them to your coach, you can better illustrate your goals for the season.

The prospect of playing a difficult golf course is a daunting one, by design. But while the exercise is mostly one with more long term benefits than short, there is one big one: Every good shot you hit, and every well-played hole, will feel like a huge win. Take those positives, and use them as fuel for the season ahead.

Rules Guy: Is it legal to use my putter to mark my ball?

Padraig Harrington is winning more. He has one key thought as to why