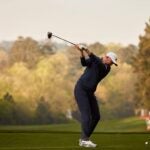 The beauty and genius of Augusta National is that asks players to hit every shot at specific moments that could define their tournament.

AUGUSTA, Ga. — It’s a common refrain that Augusta National is a course that best suits drawers of the golf ball — players who work the ball from right-to-left. And yet, the man with the most green jackets is Jack Nicklaus, the poster boy for a power fade.

Perhaps it’s an exception which proves the rule, but that explanation sounds a little convenient. The truth is, navigating Augusta National requires a mastery over your ball flight such that you can move the ball in both directions on command. Certain holes will fit the eye of some more than others, but the player who slips on the green jacket at week’s end will be the one who can summon both shapes on call. Capitalize on the holes you’re comfortable with, and commit on the ones you aren’t.

In reality, most Tour players hit the ball with a slight variation of a straight flight, which tends towards one direction or the other. Justin Thomas is perhaps the best example. He hits the ball mostly straight, but can rip a screaming hard draw off the tee when he needs to. These are the holes that best suit players with that skill set: An on-command draw that feels more natural than hard work. 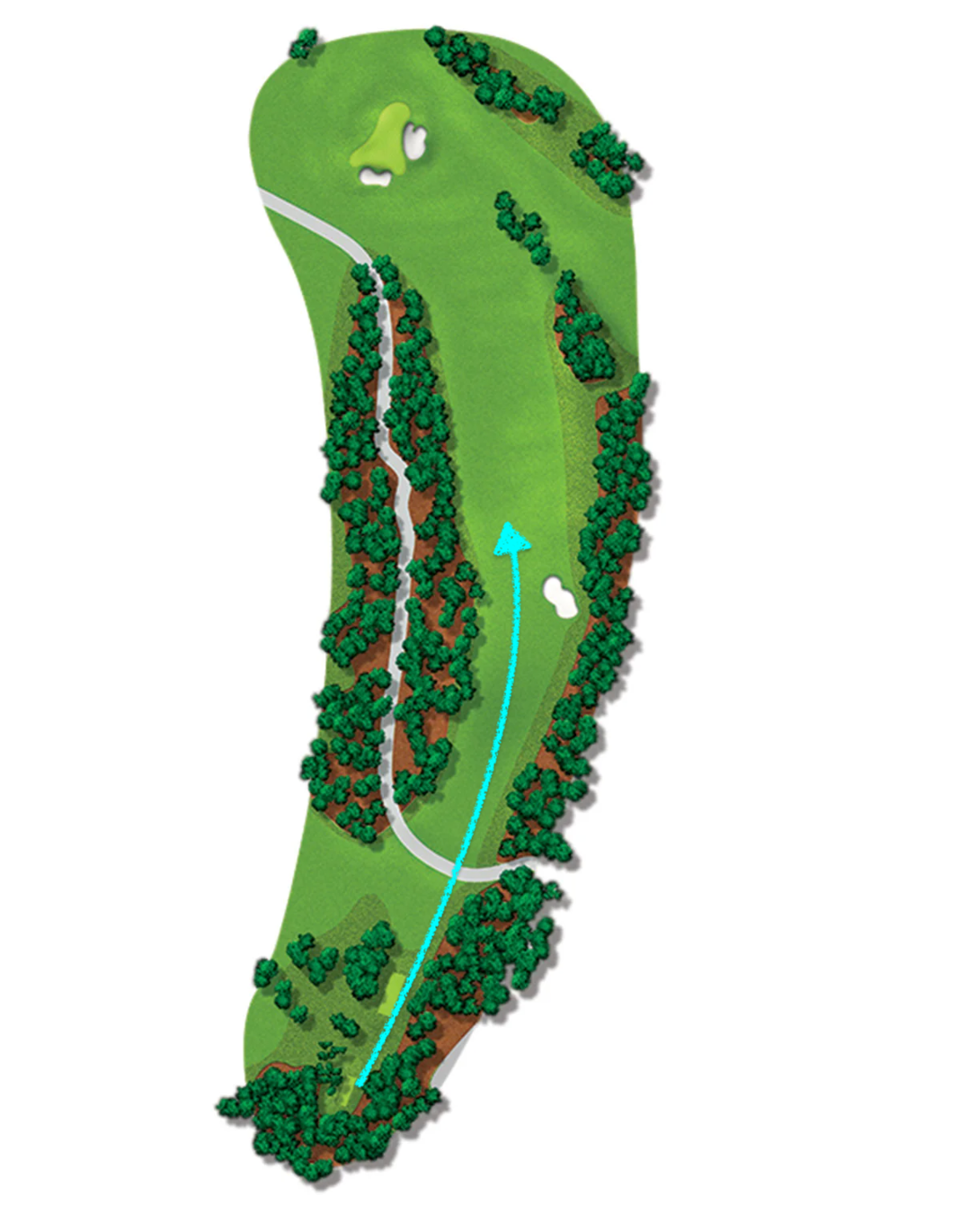 Players often use Augusta par 5s to trampoline themselves into contention. The drama of the back nine par 5s command a lot of attention, but the early par 5s can be equally important. The second tee shot requires a powerful draw at the right bunker in the distance and can put players in prime position to attack the downhill approach on their second shot.

There’s some room for an overcooked draw on the left side of the fairway, too. Leaving your shot out right turns it into a three-shot hole, whereas a slight overdraw will ask you to require another draw around the trees if you want to go green-hunting. 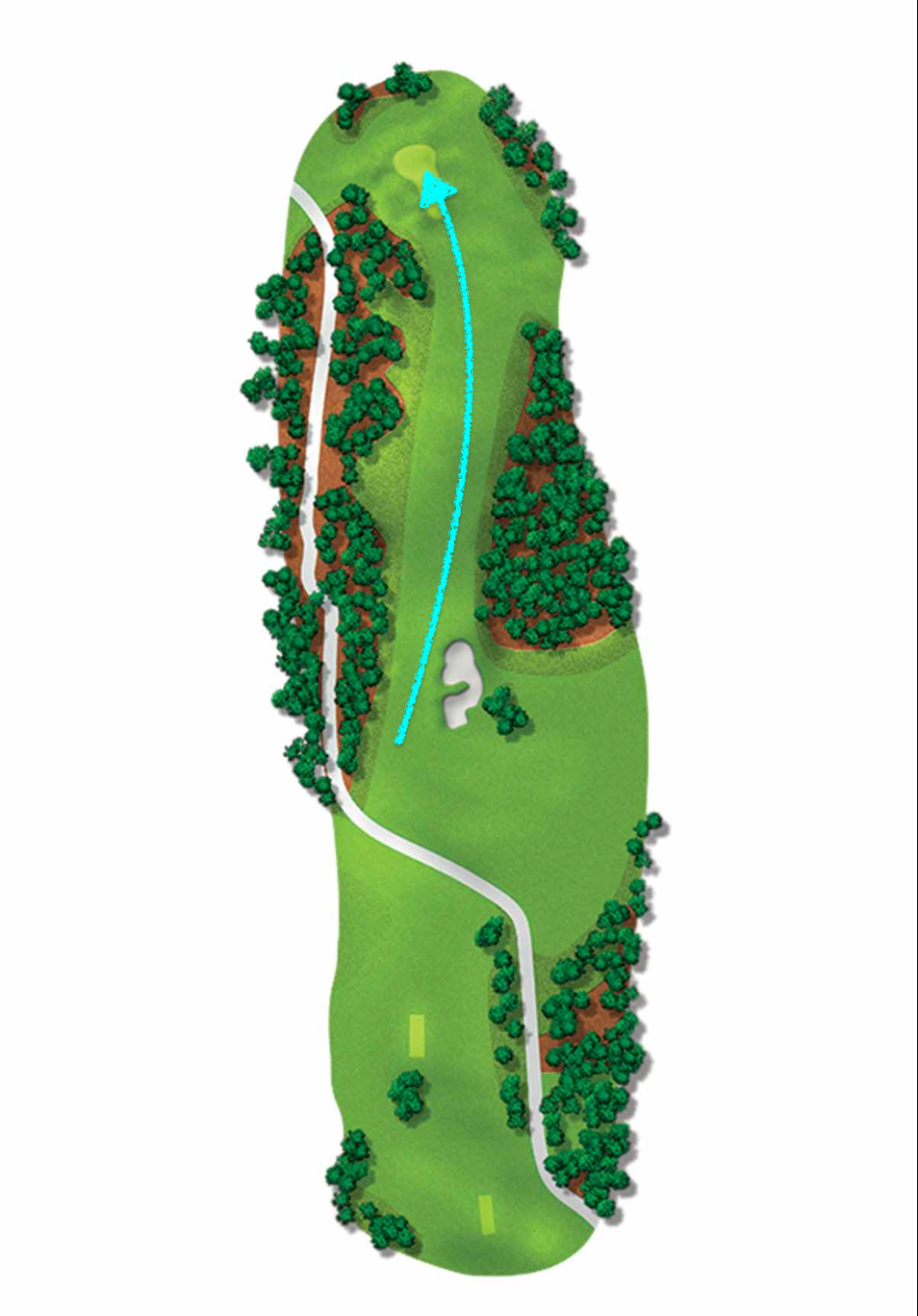 2. Approach into the 8th

The second shot into the reachable par-5 8th hole is steeply uphill and doglegs to the left. A draw means you may be able to hit a shorter club into the green, because dialing up a draw around the corner will help your ball trundle up onto the green. 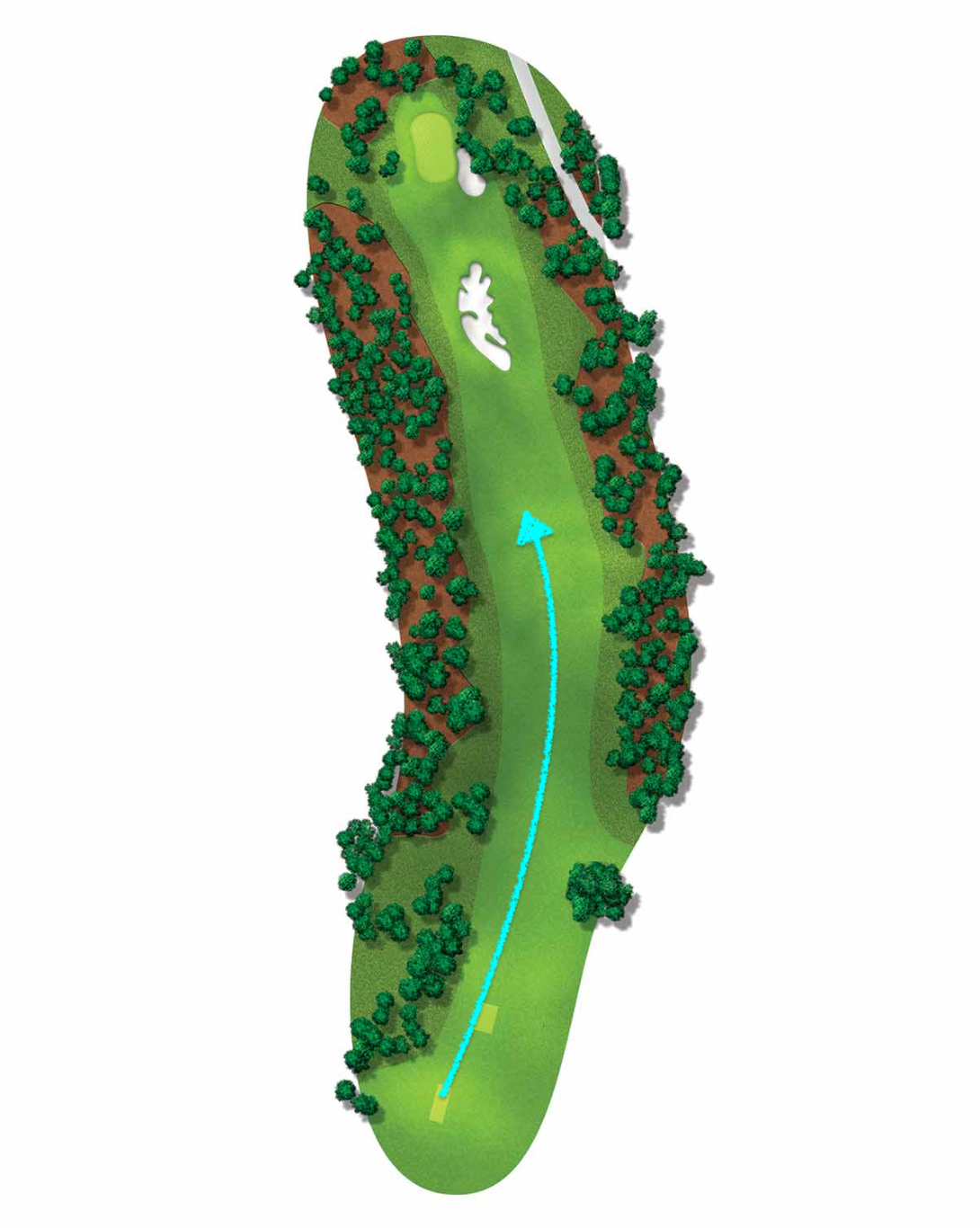 There’s enough room on the shot to work a fade, but hitting a draw brings with it the advantage of using the slope, and hugging the left side.

“If you can really turn it into the left side, you have a much easier second shot,” Jon Rahm says.

Players who are comfortable working the ball from right-to-left will hammer driver; those who aren’t will generally drop back to hitting a 3-wood, which means they’ll face a slightly longer approach.

Rory McIlroy begins his second round with a birdie on hole No. 10. #themasters pic.twitter.com/XYSSpZlp6z 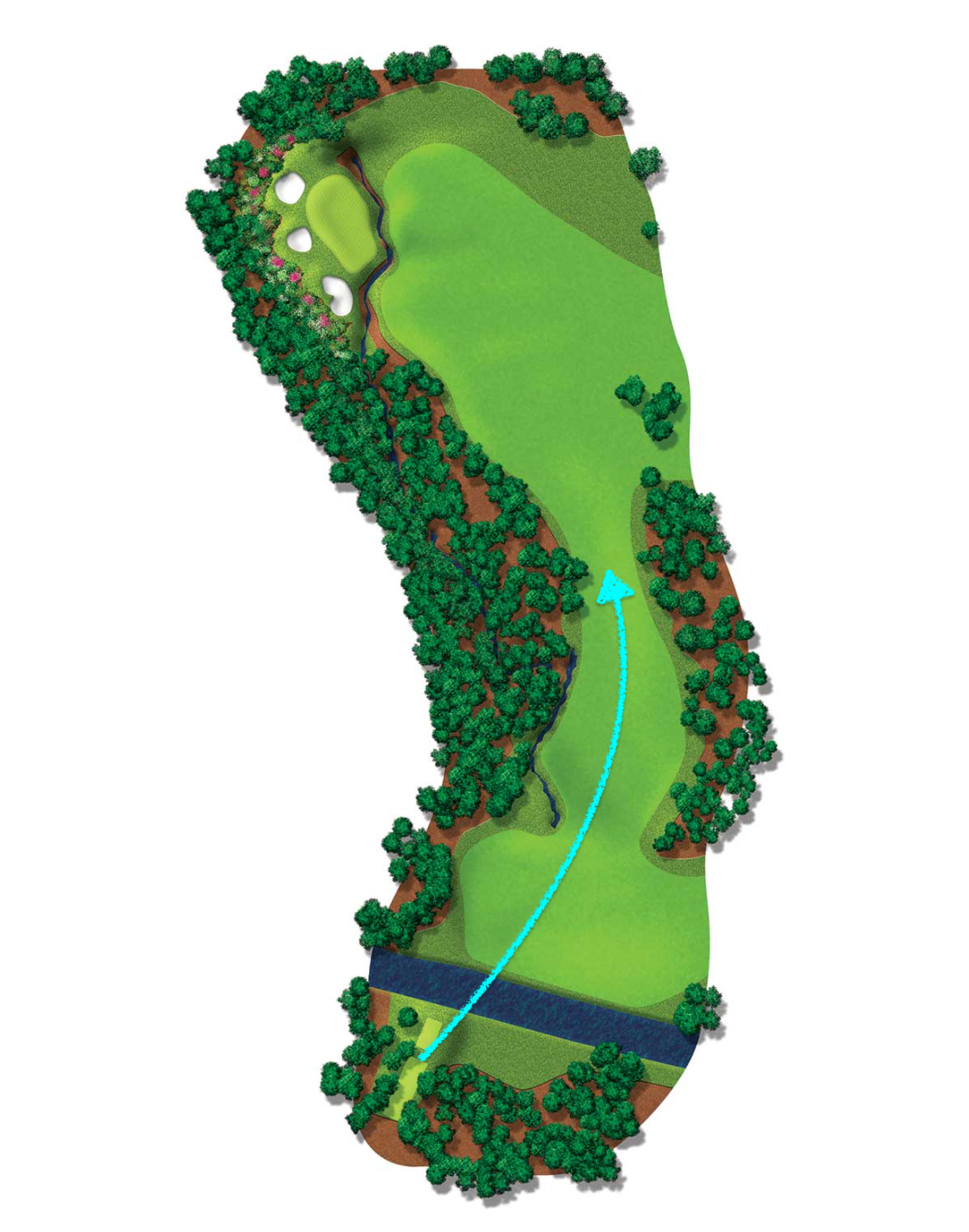 That so many iconic shots on Augusta National’s back nine suit draw players is probably how the Augusta suits draw players notion came to be. And there’s no shot that favors a draw than the tee shot on the 13th hole.

“The tee shot on 13th is probably my favorite,” Bryson DeChambeau says. “I like hitting a draw. If I can hit a good drive down there with my shot shape, I can put myself in a great position to take advantage.”

“The one shot that you need here that is a forced significantly right-to-left moving shot off of 10 and 13,” Jordan Spieth adds.

Like the 10th hole, players who aren’t comfortable hitting a draw with a driver will often show their hand by laying back with a 3-wood. A poor drive, whatever the club, instantly turns this scorable par-5 into a three-shot hole. When the pin is situated in the back left quadrant — as it usually us on Sunday — draw players have the luxury of aiming for the center and knowing they’ll either flush a straight shot into the spot where it’ll feed back towards the hole, or draw something that lands right on top of the pin anyway.

In truth, faders likely aren’t losing much sleep on this hole. But they don’t have the luxury of knowing their preferred shot shape is working toward the hole. 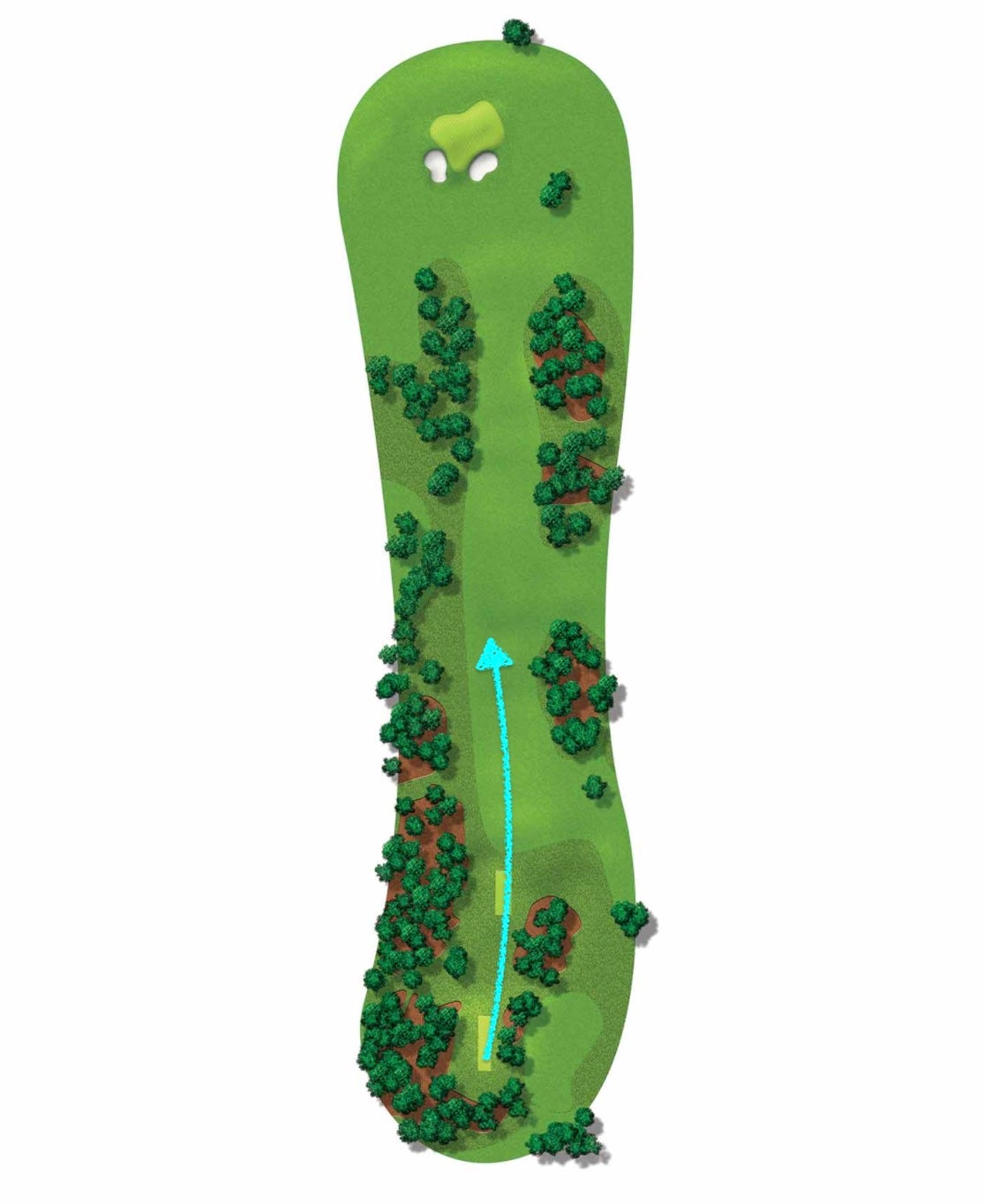 The combination of the angled tee box and the left-flanking trees mean players have to aim towards trees and turn their ball away form it. There’s no way around it: You need to hit a draw. And it’s a shot Jon Rahm spends extra time working on ahead of the Masters each year.

“17th tee looks wider than it really is,” Rahm says. “You have 10 yards off fairway to hit it, and you can’t hit a fade because there’s trees on the left, so you have to draw it. You turn it one yard too many, you have trees on the second shot in the way.”

There’s undeniably a slate of important tee shots that favor those players who prefer seeing their ball draw. But the faders in the field need not fret: Get through those shots, and you’ll probably be rewarded with a series of approach shots that suit your preferred shot shape that will leave the draw players sweating. 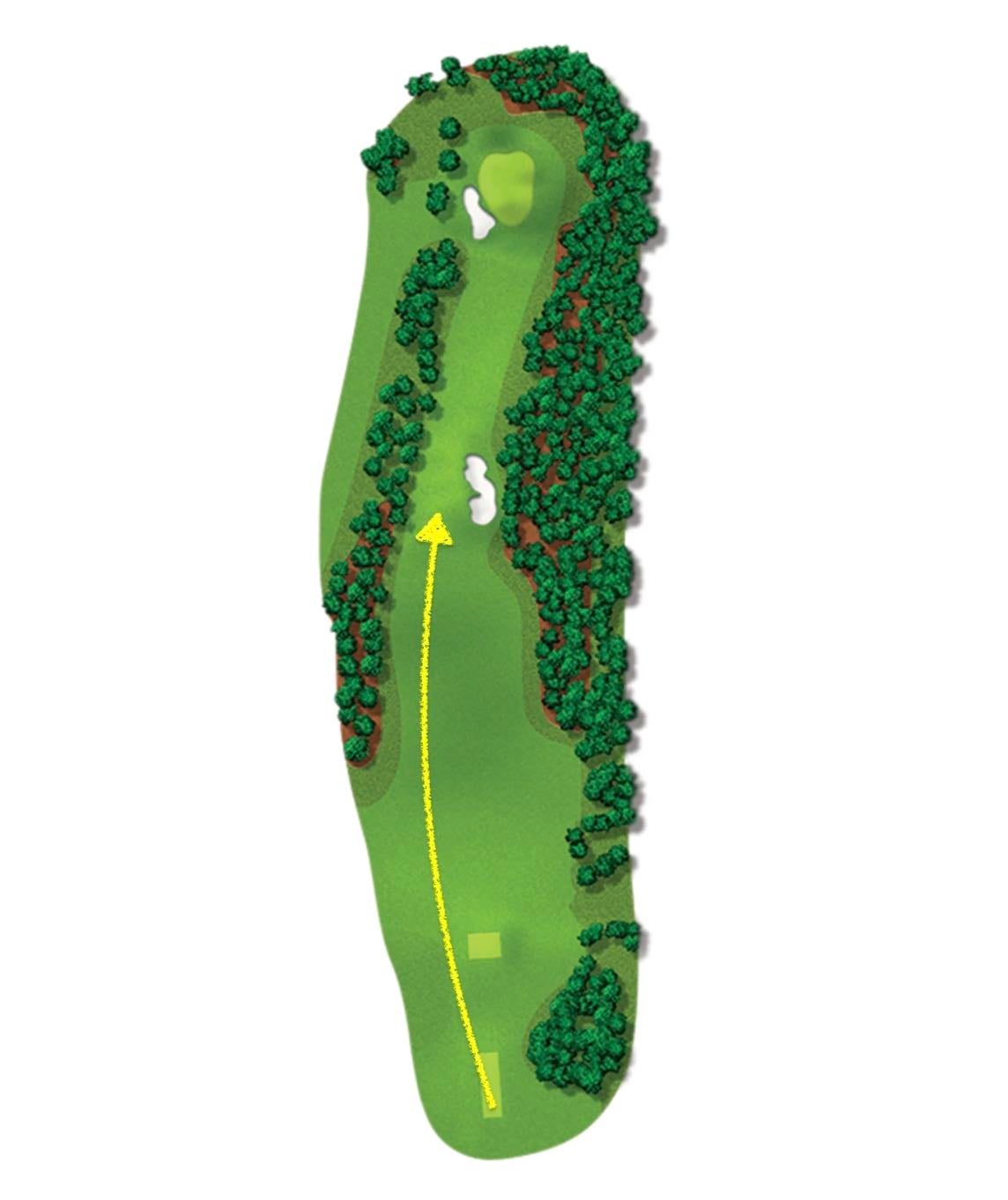 With the blood pumping and the first tee jitters shaking your bones, your first task of the day is to order up a fade. Some will drop back to a 3-wood and hit a draw, but those who are comfortable sliding their ball from left-to-right will cut a drive as far into the shoot as they can. If they do it’ll they’ll be rewarded with a straightaway approach and a potential birdie look. 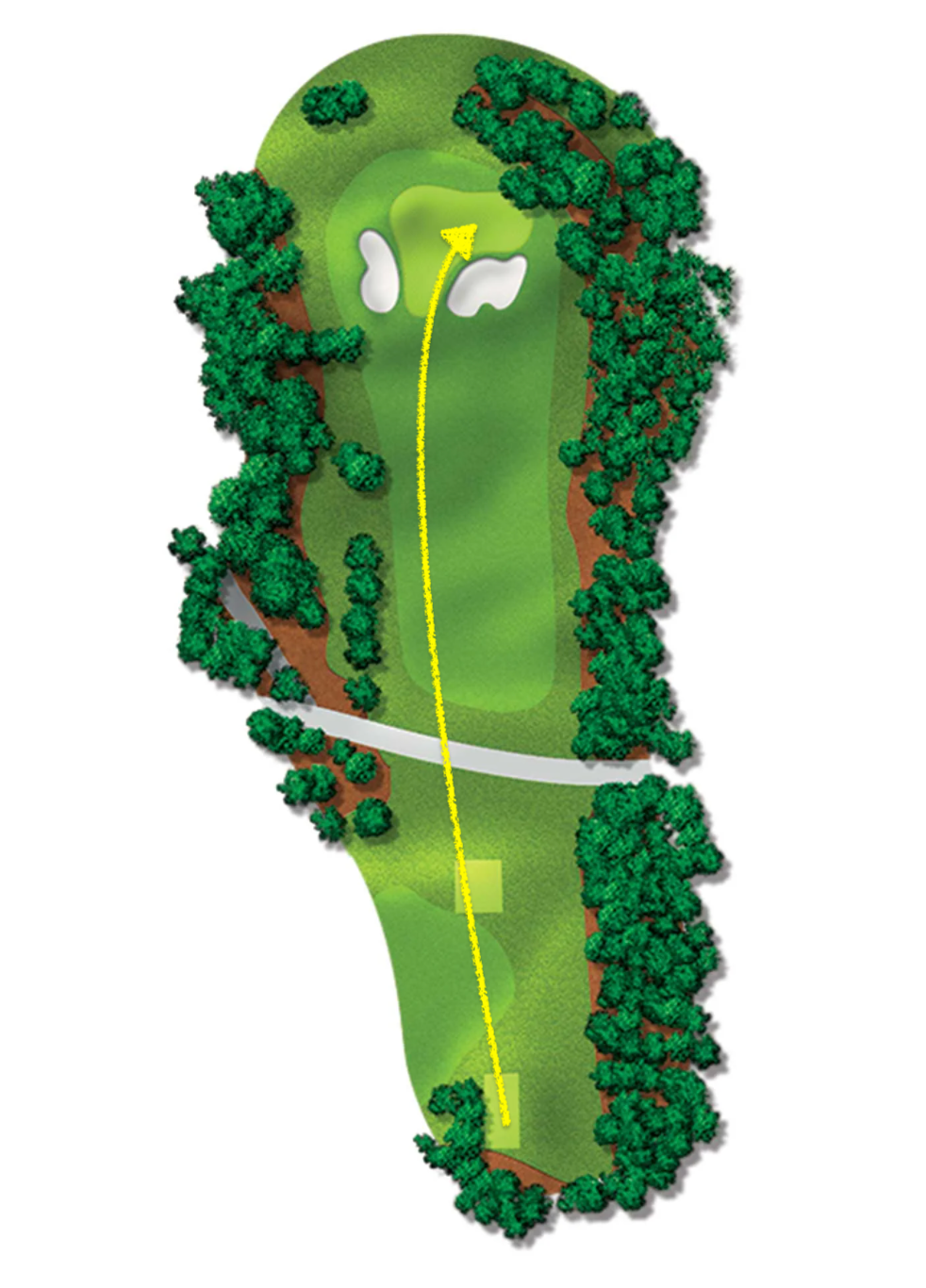 The 240 yard par-3 is some 60 yards longer than the next-longest par-3. Considering the longer irons, hybrids and fairway woods pros are hitting into the green, a fade is the only shot that allows players to hold the green. And when the pin is back right, as it was on Sunday last year, it means your ball is working toward the pin along the way. 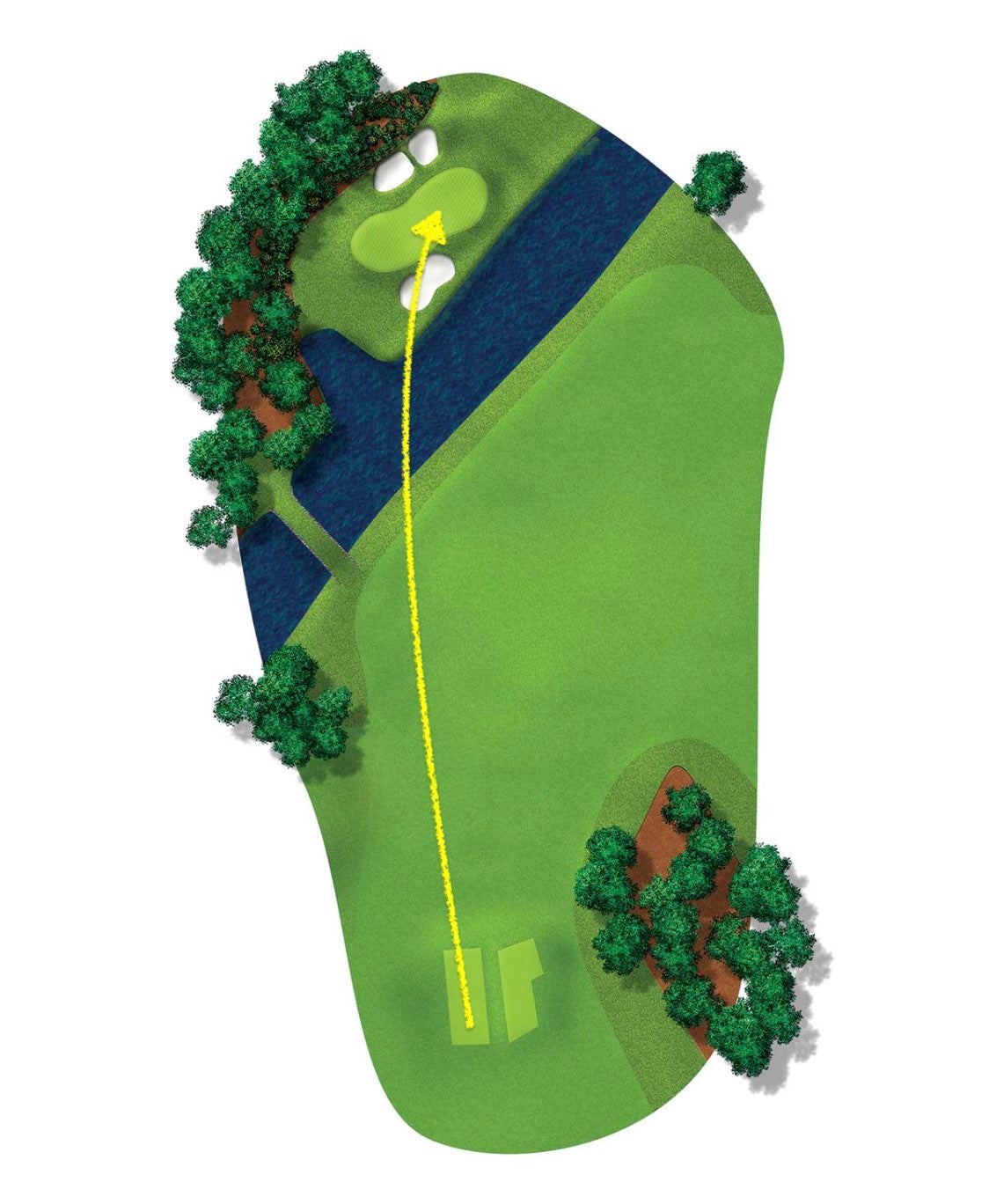 When the pin is squirreled away on the right side on Sunday, everybody knows the best spot to aim: Smack in the middle of the back right behind the green. Tiger has been aiming there for decades. The problem draw players face is one of commitment: They’re aiming at the middle knowing their draw will work even further away from the pin, and end up shoving the ball out to the right. Faders have the luxury of knowing their ball may end up working closer, but in truth, even that is scant consolation depending on the wind.

“I would say the most difficult shot is 12 because of how swirly the wind can get,” he says. “You can hit the right shot and still get unlucky.” 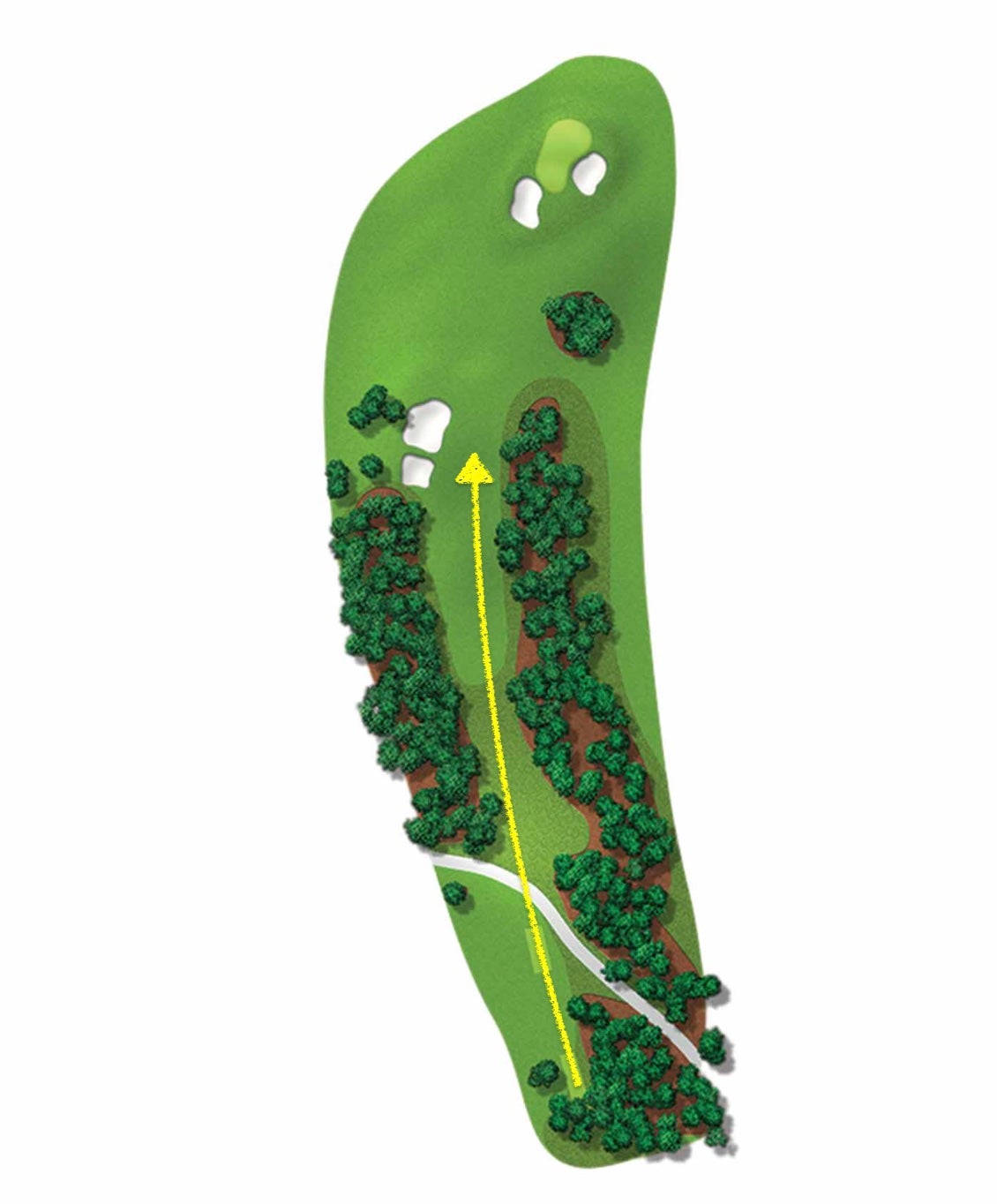 It’s fitting that for a course that supposedly favors players who draw the ball, it’s a fade players need to hit on the two most nerve-wracking tee shots of the day: The first and last holes.

The marching orders are obvious on the final hole of the day. Aim up the shoot at the bunker flanking the left side, and shape a fade back towards the middle. The question is: Can you do it when the pressure is on?

The question itself perfectly encapsulates the pressure that comes with navigating Augusta National. Your test isn’t in hitting one shot well — or even in knowing how to hit every shot. But rather, in asking you to hit the right shot, at a specific moment.