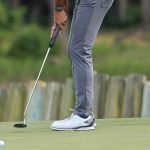 Stewart Cink holing a putt at the RBC Heritage on Sunday.

For this yipping reporter, the most memorable Tour shot of the year, witnessed in person, was played by Stewart Cink. It came not in his terrific win last week, at Hilton Head, but in the third round of the Honda Classic in March.

Stew was playing well and playing late, with Camilo Villegas. He was contending. On 18, he hit a par putt that looked like 18 inches to me, though ShotLink has it as a three-footer. Cink, 47 years old, stood behind the ball, with that tall man’s erect carriage of his, and stared down the line. He seemed to be talking to himself. His shoulders went up, his shoulders went down and he exhaled elaborately. He was nervous and not afraid to show it. His putt for par barely touched the hole. He tapped in for bogey.

I had hoped to talk to Stewart for a story I was writing about Camilo, about what it was like for Camilo to return to tournament golf after the heartbreak of he and his wife losing their 22-month-old daughter to cancer. Stewart is warm and engaging and you could see that he and Camilo had a nice rapport. But I didn’t know what kind of mood Stewart would be in after that shove-job par putt on the last.

It was as if it never happened. On instinct alone, he knew exactly what story I was trying to write, and how it way transcended, in the grand scheme of things, his efforts to win the 2021 Honda Classic.

I’ll get to that part in a minute, but let me do this first. After his Hilton Head win, I asked Stewart a couple of questions about short putting. If you saw him through the week, you can see he sometimes has a false start on his backswing on his short putts. I asked him about what kinds of things he says to himself when he’s lining up his shorties.

“If I told you the truth,” he said, without ever really finishing that thought. “It doesn’t get any easier. I work so hard on the mental side of the game. As you get closer to the hole your expectation level changes. It’s not a linear change. Short putting I try to be rock-solid on my routine and trust the process. I know some of those putts are going to lip out, and that sometimes you’re going to look silly, you’re going to feel bad. And you have to expect and plan for that, and move on.

If I depended on all these two- and three- and four-footers going in to feel good about myself, then I’d be in the wrong business.” 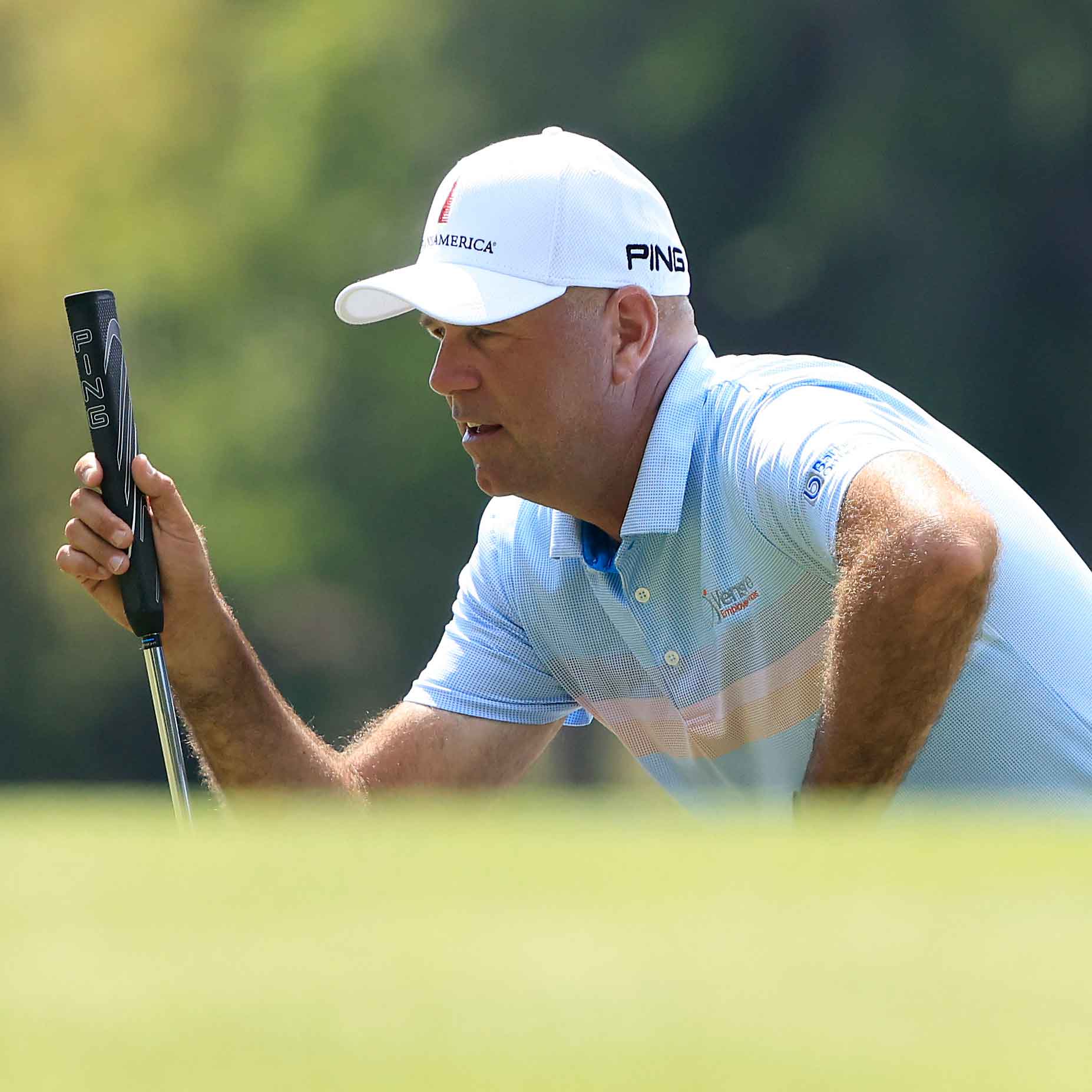 Without prompting, he brought up the 2001 U.S. Open at Southern Hills.

“I missed a really short putt on the last hole that was mostly embarrassing to me at the time. Of course, later on it ended up costing me a spot in the playoff. I didn’t know it at the time. No one likes that feeling.

“I’ve spent a lot of time and money on trying to be solid in my beliefs about what is really happening on the course and where my trust is, where my peace and joy come from. If I depended on all these two- and three- and four-footers going in to feel good about myself, then I’d be in the wrong business.”

There’s a lot to unpack in there. A whole life philosophy, really.

“You probably see me mouthing something to Reagan [Cink’s caddie and son at Hilton Head], or you might audibly pick it up on the coverage: I like to remind myself is that I want to be on the mountaintop of trust before every putt. Those aren’t just words to me. I’m actually trying to construct my pre-shot routine so that that’s what I’m focused on consciously. I hate the word ‘routine’ because that’s not the right word for what we do. It’s an operation that requires focus and cadence, and I’m trying to hit my little spots along that routine. By the time I finish that routine, the ball is already rolling.

“You probably have heard me or see me mouth the words, ‘Mountaintop of trust.’ Or, ‘Mountaintop of peace.’ You know, little phrases like that. I’m really just saying it so I can hear myself and remind myself.

“It’s a path to success. Obviously, I want to make the putts. I don’t want to miss putts. But I believe that the way to keep myself the calmest and the way to keep my stroke doing what it’s supposed to do is through the process and staying calm and focusing on something I can control, as opposed to something you can’t control. If you depend on something you can’t control, you’re just going to end up frustrated, and I don’t want to be frustrated.”

Wow. I think there are things in that that any of us can take to the course, provided you have this first: sound fundamentals.

It’s clear, with Stewart, that his family and his faith are integral parts of his life. He doesn’t define himself by his profession. I think that’s why he was able to speak so movingly and honestly about Camilo’s hurt so shortly after missing that short putt at Honda.

“One of my favorite guys to play with,” Cink said on that Saturday afternoon at Honda. Reagan was caddying for his father that week. Villegas had his brother, Manuel, as his caddie. Watching Camilo, Stewart said, he could see the golf course was “his sanctuary.” “As it is for many of us,” he added.

That doesn’t mean it’s a fantasyland where only good things happen. What Cink tries to do is control what he can control.