Cink gained 20 yards as a 47 year old without reinventing the wheel.

Twenty-one years, almost to the day, after his first victory at Harbour Town, Stewart Cink captured his third PGA Tour title at the course last weekend. The tournament was called the MCI Classic back then, Tiger Woods boasted just two majors to his name, and Michael Clark II’s victory at the John Deere Classic was enough to earn him Rookie of the Year honors.

Yet Cink has remained ever-present on the PGA Tour, and while his career will forever be defined by thwarting 59 year-old Tom Watson’s would-be sixth Open Championship title, Cink’s win at this year’s RBC Heritage as a 47 year old speaks volumes in his own right — and can provide a valuable lesson for golfers long for more longevity in their own game.

When players get older, the story with their driver is usually the same: They become gradually less flexible, which shortens their swing, which means they don’t hit their driver as far. It all serves to make the game a little more difficult, which nobody wants.

Cink has defied logic, and somehow done the opposite: 113th last season with a 295 average, this year he’s averaging 306 yards and ranks 26th in driving distance.

“As long as you’re playing golf you’re trying to find distance. I don’t care if you’re playing on the PGA Tour or if you’re a 25 handicapper, everybody wants to hit it a little bit farther,” Cink said at the start of the season. “You can almost look at any stat and it just tells you the root factor of that stat is driving distance. The farther you hit it, the easier golf is, on almost every step. And so if you can add five yards, you’re going to just improve your strokes gained and so why wouldn’t you?”

Cink was right, and now he’s a PGA Tour winner once again. Here’s how he did it.

There’s no getting around it: If you want a late-career distance boost, you’ll need to commit to a fitness routine. For Cink, that meant targeting the key areas of balance, flexibility and core strength that play an important role in the golf swing.

“It’s weight training, it’s body weight, it’s balance, it’s core,” he said. “In golf when you try to get stronger and fitter, you’re really trying to build a support base in your body for what you’re trying to do in your swing…specifically attacking muscle groups and making sure that there’s flexibility here and there’s strength here, sometimes both, but where you need it.” 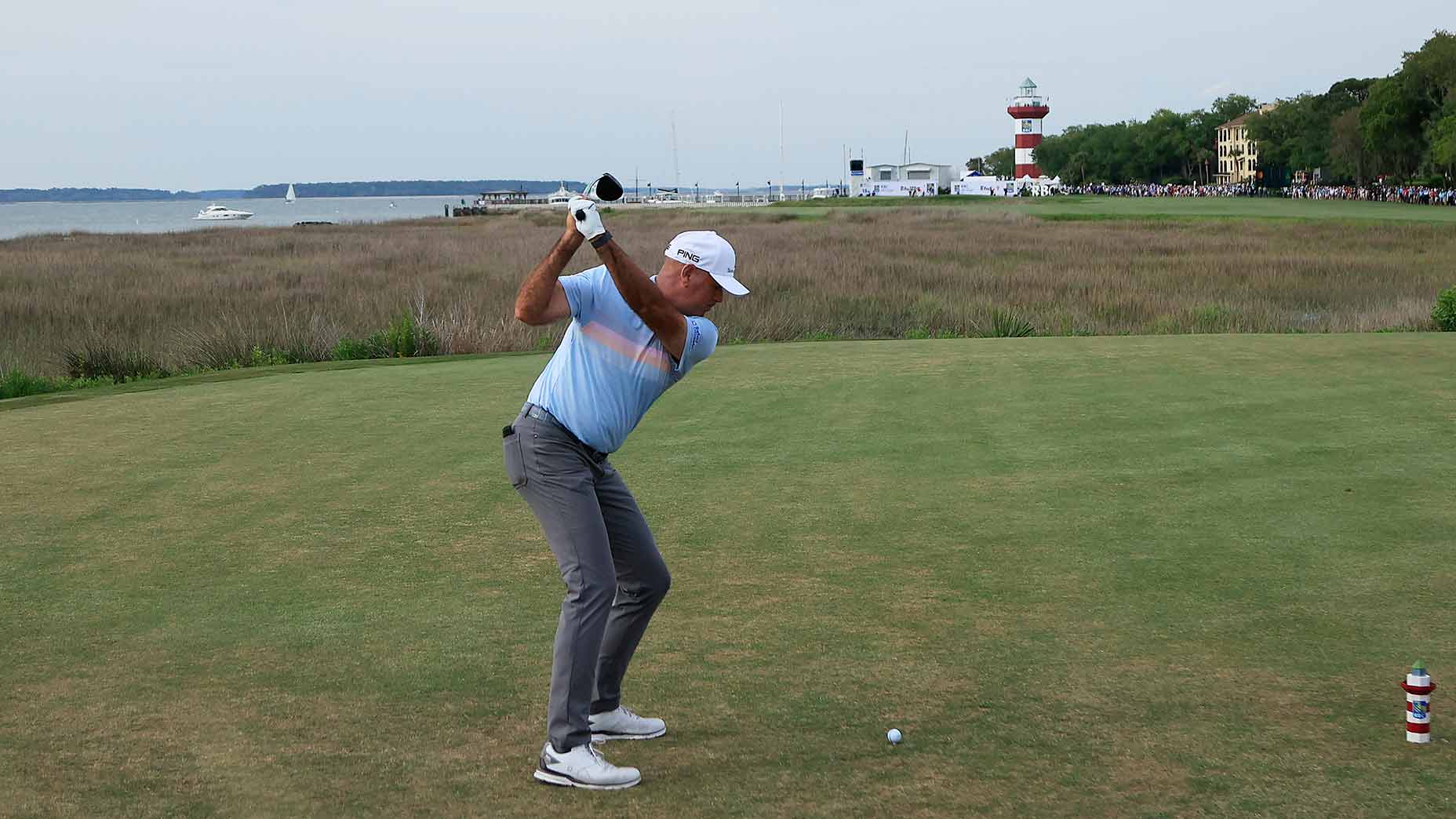 Cink said another distance-boosting key for him was simply gaining a greater understanding of his unique golf swing. Accepting what he does well, what he doesn’t, and not overhauling. Instead, the goal is to find little tweaks to improve.

“I’ve got a really good handle on what my golf swing does. It’s a little bit different than a lot of golf swings, and I’m certainly from a different era than almost everybody playing the PGA Tour right now, but I understand what I do,” Cink says.

Finally — and perhaps most importantly — Cink said he took a good hard look at his equipment. Getting fit at a good clubfitter, like our friends over at True Spec, really is something we should all be doing because it’s such low-hanging fruit.

For Cink, it helped him lower his spin-rate off the tee which turned into a huge distance boost.

“I was able to change some of my equipment and get my launch and spin rates a lot more efficient,” he said. “It helped me control my mis-hits, it helped me play in the wind a little bit better. It helped me be more predictable, and it helped me and Reagan sort of implement that system that we use to where we have very few surprises on the golf course.”