As the calendar flipped to 2014, things were going really well for Harris English. After collecting more than $1 million on course in 2012, his first full year on Tour, he won his first PGA Tour event at the 2013 FedEx St. Jude Classic and added another at Mayakoba in November to finish off the year strong, depositing more than $5 million in his bank account along the way. At just 25 years old, English was establishing himself as one of the brightest young players in the game, and the U.S. Ryder Cup team was in his sights.

But bit by bit, English’s game moved in the opposite direction.

English’s ball-striking dropped from 31st in SG: Tee-to-Green in 2014 to 162nd just four years later. His putting, while still rock-solid, fell off, too — he was 10th on Tour with the flat stick in 2015 but dropped to 57th just three years later.

He wasn’t winning. Soon he wasn’t even contending, either. Ryder Cup dreams in the rearview, English’s job soon became rebuilding the very foundation of his game.

Fast forward to last week, when English finally made his way back to the winner’s circle at the Sentry Tournament of Champions.

“It feels amazing. All the hard work that has gone into this, all the highs and lows that golf brings over a career, I feel like I’ve gotten out of my valley,” English said. “It feels great to have some validation out there on the golf course.”

So what can we learn from English? We may not have our Tour cards, but we all have peaks and troughs in our own lives — especially coming out of 2020, a year that was so challenging for so many people. It’s what makes English’s story so inspiring, and it’s why we should listen when he shares his insight, like he did after his victory on Sunday, on how he climbed his way back into the winner’s circle after seven long years. 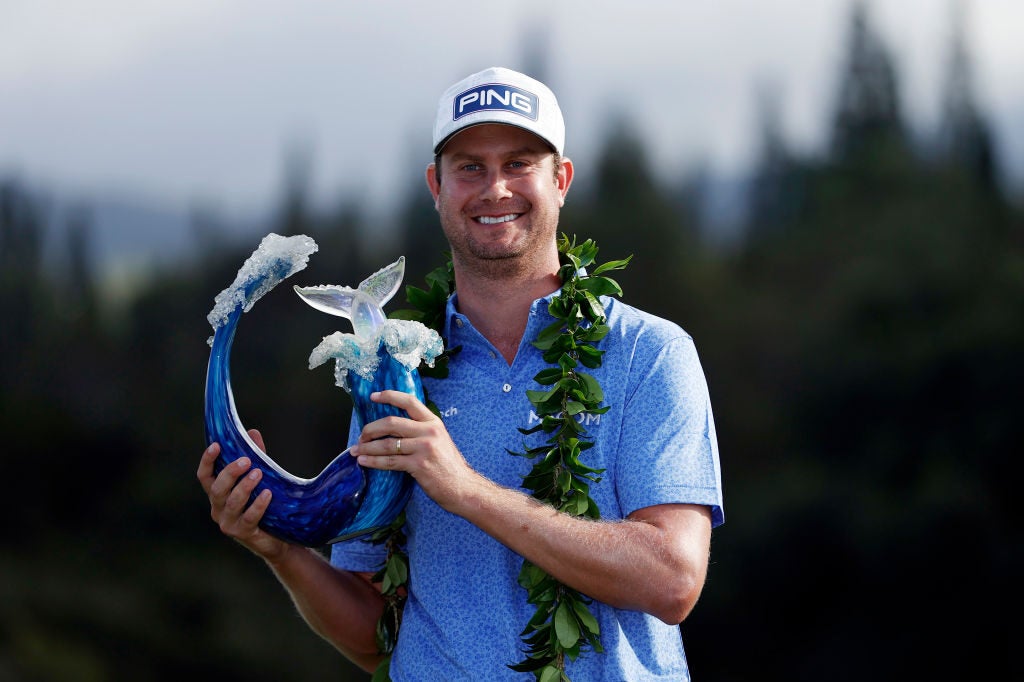 1. Trust a team around you

When you feel like the world is working against you and there’s nothing you can do to change it, lifting yourself out of that cycle of disappointment can be a heavy — and confusing — burden to take on alone. Even if you do have the will, you may not always know the way.

That’s where your support system comes in. Leaning on people you can trust for advice to share the burden and show you the road back is essential.

For English, there were two pillars: His coach, Justin Parsons, and his personal trainer Tom Hemmings.

“My coach and my trainer talk a lot. They’re friends. Everybody’s helping me out and everybody’s keeping me on track,” he said. “My coach is a little bit of a sports psychologist as well. We’ll break down the days just like a football game, learn, and then let it go.”

2. Learn and look ahead

The process of letting things go, as English says, is a difficult one because it’s so counterintuitive. When things go wrong, it’s easy to dwell on your mistakes. But living in the past won’t do you any good. Instead, take a look at went wrong and then move on. Trust the process you have in place.

Harris said he learned that lesson during the 2019 Korn Ferry Tour Championship, which he described as the biggest disappointment of his career. His game was turning around, and he was on the verge of winning back his PGA Tour status — until everything unraveled during the final four holes.

It plunged English into a renewed sense of confusion about his game.

“I don’t know what happened,” he said. “It was shocking…I let it slip away.”

It wasn’t until he had a heart-to-heart with his coach and the pair took an honest look at the round, that English was able to accept the positives and learn from his mistakes. It made him trust that he was on the correct path, even if he had to wait a little longer for results.

“I could sit there and feel sorry for myself or I could say, hey, I’m playing really good golf. I know I didn’t keep my card, but here are the opportunities I have coming up and I got to seize them,” English said. “[My coach] helped me do that. He helped me flip the script of being confident and being positive.” 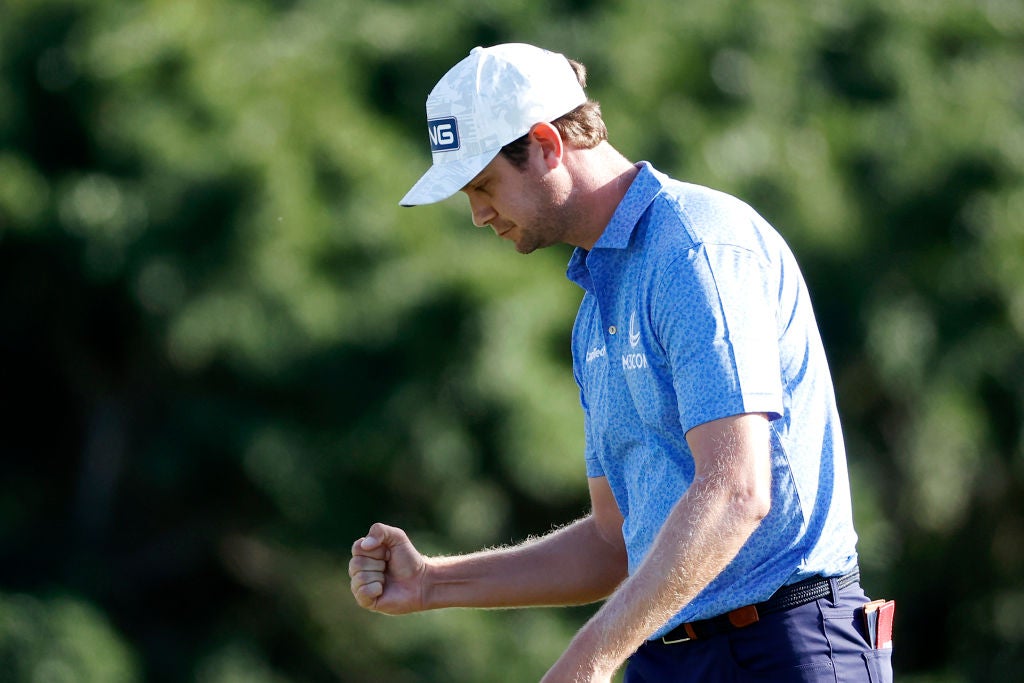 Confidence isn’t a switch that you can flip on and off whenever you want. You need to build it, which takes time and isn’t always easy, especially in the early days. English says it’s easy to try too hard and want it too much, to the point that a single mistake can send you into another downward spiral of swirling doubt.

“One bad shot would unravel me,” English says. “You’re trying to get on the other side of your lull and one bad shot is like, ‘Here we go again, here, I’m back in the same spot, I’m not getting any better.’”

There’s no shortcut on the road to more confidence, either in golf or life. The road to more confidence is paved with little victories. Start small, and the more of them you accrue, the more your confidence will steadily build. For English, that building process started from playing little money games against his friends. They gave him a chance to compete, and eventually win, and helped build the kind of lasting positive momentum you’ll come to rely on.

“Once you start stacking up rounds, stacking up pressure-packed shots, the confidence starts to come back,” he says. “But it’s really tough. It takes awhile. It’s a slow process of building up your confidence.”

4. Be the best version of yourself

Along the way, one of the biggest temptations you’ll face is playing copycat. It’s easy to look around at other people occupying the promised land that you so desperately want to reach and conclude that mimicking what they do is your surest path back. But tempting as that may be, is will only lead to more doubt and less confidence in the long run, English says.

Instead, put your blinders on and work towards becoming the best version of yourself. Instead of trying to be something you’re not, embrace what you are, and work towards doing that even better.

“It’s easy to fall down the rabbit hole of trying to search a lot, because every week you play with somebody that you might think does this or that better,” English says. “I’ve learned of not to go up-and-down the range of saying, ‘I need to be like Dustin or Justin Thomas or Xander Schauffele.’ I need to be the best version of myself and work at doing the things I do well.”