This is how golfers build better habits, according to a behavioral scientist 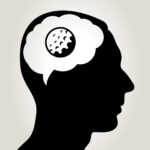 I really like New Year’s Eve. There’s just something so uplifting and inspiring about it. There aren’t any gifts or ceremonies or expectations. It’s just a moment in time that everybody on the planet takes part in together, as we bid farewell to one year (good riddance, in this case), welcome in a new one, and cook up a few small ways to be a little bit better along the way.

I don’t know what your resolutions are this year (if you’re looking for a few golf-y ones, here are a few I recommend), but in order to actually accomplish them you’ll need to change the way you behave, and form new, better habits. After all, it’s easy to say that you’re going to lose weight this year; it’s much harder to actually do it. It’s the habits, both good and bad, that stick with you. So if you’re trying to replace a bad one with a good one, you need to learn how.

Which brings me to a recent episode of one of my favorite podcasts: NPR’s Life Kit, which featured an interesting interview with Stanford behavior scientist and author BJ Fogg, PhD about the art of building new habits.

You can listen to the full episode above, but in it Fogg explains that people generally “set themselves up to fail” when it comes to forming new habits. They think of their goals as big monumental changes requiring they stop everything they’re currently doing and forge anew.

But that’s a problem, because when it comes to making big, sweeping changes (which, in your golf life, might be you saying you’re going to wake up early and practice your putting twice a week before work) it won’t always be easy.

That’s why Fogg says the way to make your newly-formed habits stick, you need to do the opposite. You need to go small.

Scale back and build

Think about one of your New Year’s resolutions. Let’s take that putting example and assume you want to practice your putting more in 2021. What you shouldn’t do is say that you’re going to wake up early every morning and practice your putting for an hour every time. Instead, scale it back. Way back. So far back that it doesn’t even feel like hard work — because that’s the point.

Fogg says it’s best to correlate the thing you want to do with something you’re already doing, as a way of reminding you. So, if you want to practice your putting more, say you’re going to start by making one practice putting stroke each night before you go to bed. And after you do that, Fogg says you need some positive reinforcement — like a little fist pump. It may seem silly at first, but just try it. Make your practice putting stroke, give yourself a little fist pump, then go to bed.

Once you feel like you’ve sustained that, build on it. Start hitting an actual putt. Then start hitting actual putts each night before bed. When you complete the task, pat yourself on the back and then get on with whatever you were doing.

Start small, then build. You’re changing your behavior, a little bit at a time. And before you’ll know it, you’ll be rolling into the next New Year with a resolution that you’ve actually kept.