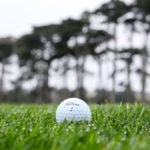 Summertime in Georgia (where I live) is downright rough. Temperatures in the high 90’s and elevated humidity levels wear me down physically…

They are, however, very good conditions for the performance of your golf ball.

You should have seen the smile that adorned my face when I got off the plane in San Francisco last night.  Temps in the mid 50’s greeted me and you would’ve thought I hit the lottery and my excitement for the 2020 PGA Championship grew exponentially.

“The coldest winter I ever spent was a summer in San Francisco,” is a quote that many folks are aware of.

Inasmuch as I am as happy as a lark in the cool and mild conditions, I’m sure the PGA Championship field at Harding Park is not as content as I am.  Not because they are not enjoying the respite from the summer PGA TOUR heat, but because they are seeing performances diminish in the cooler temperatures and denser maritime air.

It is important to note that the losses are not due to a lack of form, they are a function of the physics of the speed and flight of the golf ball.

Consider this quote from Tony Finau: “I don’t think there is anywhere in the world where the ball travels as short as here in Northern California.”

There is an important lesson for all of you golfers who pop out of the cart, laser the flag yardage and just pull the typical, best case scenario club.  This short-sighted, lazy approach is probably costing you strokes because conditions have a real effect on how your golf ball travels.

Simply, the colder your golf ball is the shorter it will fly.

This week in cooler San Francisco, World #1, Justin Thomas’s 8-iron is flying about 10 yards shorter that last week in a hot Memphis.  Proliferate that through the bag and it could conceivably add up to about a 20 yard loss with the Driver.

Consider that for a moment and apply it to yourself.  Have you ever made an adjustment to your club selection on a cooler, moist day?

If not you better start doing so.  It is “low-hanging fruit” when it comes to shaving strokes off your score.

As an aside, higher humidity does NOT make the ball travel shorter.

A few of elements to remember, and apply when make club selection decisions:

Air Density:  The greater the Air Density the more resistance is applied to the golf ball.  This essentially results in more lift and drag which leads to shots that climb a little higher, carry a little shorter and land on a more vertical angle.

Air Temperature:  Atmospheric temperatures have a great effect on golf ball performance.  A general rule of thumb is that for a 10* Fahrenheit loss in temperature, approximately 1 yard in distance is lost.  Extrapolate that out and see that the difference between 40*F and 100*F will be about 7-9 yards.  For many of you that is a one club difference!

Add the that fact that cold temperatures adversely affect the elasticity of a golf ball.  (Cold temps make the ball less springy and more difficult to compress at contact.  That means less speed and power.)

Further, in colder temperatures your body will not be as flexible and mobile as usual.  Hence your ability to wind up and unwind and generate clubhead speed is scuppered.  Oh, and don’t forget that extra layers of clothing affect your ability to move your body freely too.

Are you realizing that temperature changes are to be respected?  The few facts presented should be enough reason to make careful club selection decisions when the conditions deteriorate?

If the world’s most talented golfers are doing so this week I recommend you do same thing.