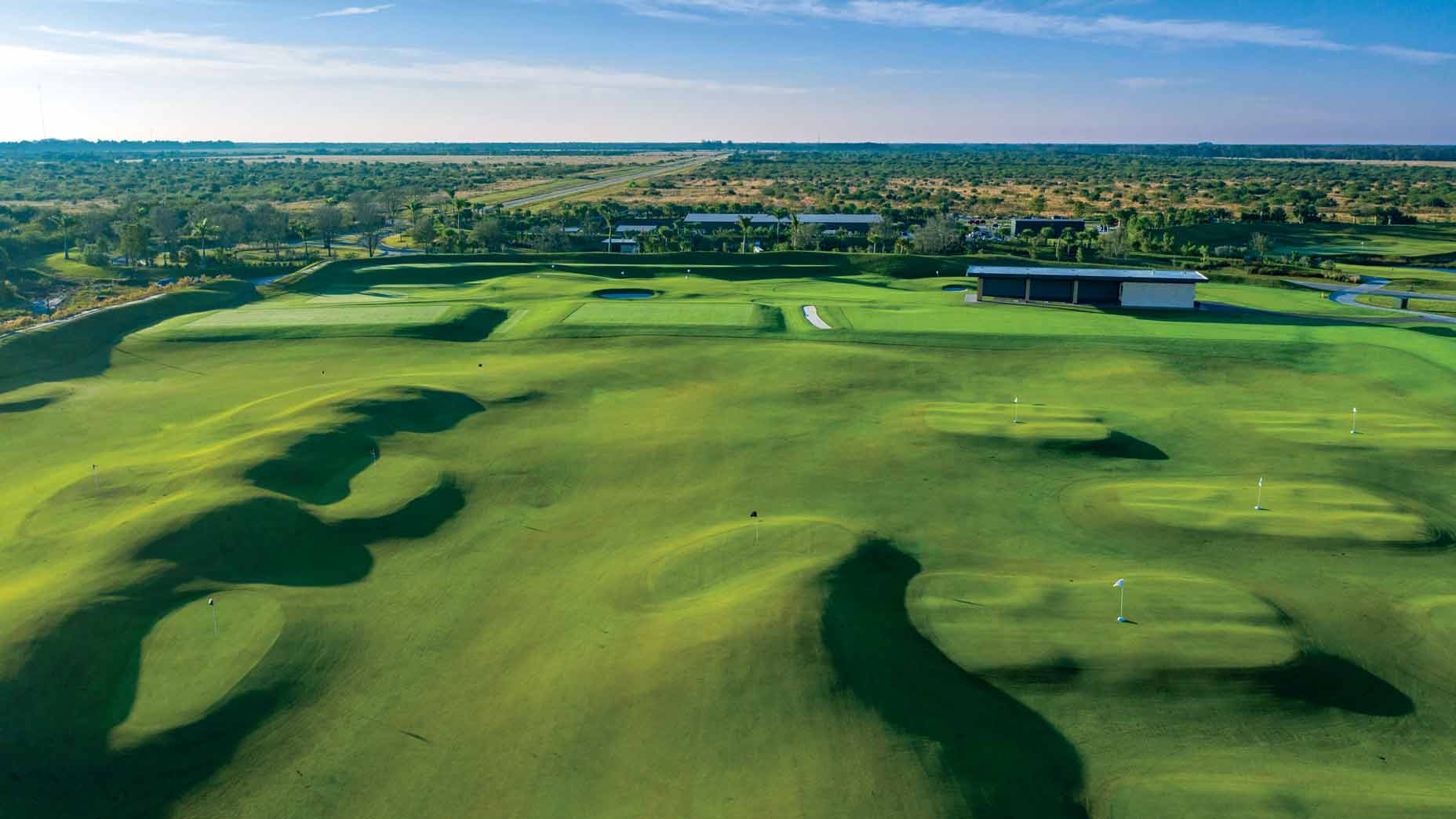 The Grove XXIII practice facility has two driving corridors with widths ranging from 27 to 33 yards to mimic the dimensions of PGA Tour fairways.

In his NBA Prime, Michael Jordan abided by a grueling regimen that pushed him to train harder than everyone around him — and that inner drive hasn’t lost a step. The well-groomed swatch of greenery in the photo above is the practice range at Grove XXIII, Jordan’s private golf club, in Hobe Sound, Fla. It reflects the mindset of a man who’s never been accused of being unprepared.

“Michael believes that the training should always be harder than the playing, so failure becomes an opportunity to improve,” says Darren May, the facility’s designer and golf coach. In devising plans for the 16-acre range — which was shaped by Grove XXIII architect Bobby Weed — May relied on statistical data and consultation with PGA Tour stalwarts, the better to re-create the most demanding shots on Tour. Since opening last year, Grove XXIII has become a go-to training ground for the likes of Rickie Fowler and Justin Thomas, among the handful of Tour players who are members.

But the concept can be customized for all skill levels. Prestigious Atlantic GC, on Long Island, recently cut the ribbon on a new range tailor-made by May and shaped by architect Tyler Rae. Other top courses have asked May for the same.

Welcome to the future. If you want to be like Mike, beating balls the same old way just won’t suffice. Check out some more photos below.