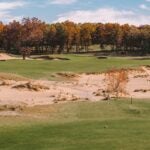 Part of a golf architect’s job is to physically test you, but just as important is the mental test. A bunker or hazard is always something to be avoided, but in the hands of a great architect, well-placed bunkers, greens, mounding or just simple angles can be visually deceiving to your eye.

In the first instance, from the tee or on an approach shot, layered bunkering or different size hazards can make the landing area seem tiny or nonexistent. Only after hitting the shot and walking to the landing zone will you find your eyes were playing tricks on you and you had all the space in the world. In the second, a tee shot could seem wide open with a massive fairway, but only when you approach your second shot do you realize the awful position you put yourself in after noticing a well-placed bunker near the green that seemed irrelevant from the tee. You have been deceived; things are not as they appeared.

David McLay-Kidd, the architect of Bandon Dunes and Mammoth Dunes, among others, said H.S. Colt was an architect who made holes look easier than they actually were, specifically with his bunkering during the first half of the 1900s.

“I think as a kid, when I was playing courses in and around London that Colt had done, that seemed to be a common thread,” McLay-Kidd said. “I think that he then influenced [Alister] MacKenzie to a large extent.”

When considering how architects should use visual deception in their design, McLay-Kidd said, “If you’re guarding the line of play that a player is trying to score or make better than par on, then the architect can use any and all weapons in the defense of his golf course against the aggressor.”

That quote sounds a bit militaristic, which in the context of MacKenzie actually makes a lot of sense. MacKenzie served in the English army during the Boer War and World War I, where he was involved in and helped develop camouflage and bunkering techniques which ended up becoming helpful for deceptiveness in his future golf courses.

Jim Urbina has restored several MacKenzie courses and has developed a great appreciation for his skills.

“[MacKenzie] was like the master of deception,” Urbina said. “What he did is used the bunkers in the foreground that would affect the distant bunkers and how you related the distance between them. He would put a bunker in the foreground, just off the horizon in front of you to lead you to believe that the bunker was right next to the green. And he did that jigsaw layering over and over and over on different golf courses.”

MacKenzie would adjust the top lip of the bunker, the size of the bunker in the foreground and the distance from that to the green behind it, amongst other variables to achieve this visual deceptiveness.

These strategies were not used just by MacKenzie and Colt, though architects tend to have their own unique style.

“MacKenzie did it with bunkers,” Urbina said. “Some architects did it with trees. Sometimes they use greens with what they call an infinity green so you couldn’t judge distances because you couldn’t see the back of it. [A.W.] Tillinghast did that. Donald Ross did that. They all did that. And modern designers are just re-using that theme.

Architect Brian Curley said elements like deception are easier to get away with at a resort or daily fee course as opposed to a private club. He explained that often times, especially at equity clubs, members want to manipulate their course to their liking over time. In the U.S., that often means making things more straightforward with less funk.

“I’ve always said that, as good as the courses are at Bandon, if they ever made those courses private and they had an active private membership, you’d be amazed, you probably wouldn’t recognize half the holes,” Curley said.

“Pete [Dye] always told me, ‘You know, in the U.S., when you walk into the clubhouse, they ask you what you shot. In the UK and Ireland and Scotland, those places they ask, ‘How’d you play?'” Curley said.

Though Curley points out that courses like those at Bandon are starting to change how people think about quirkiness.

“I think the two big influences would be Sand Hills and Bandon Dunes,” he said. “People started saying, ‘Hey, I like the funk and I like strange.’ I think that it’s beyond an acceptance. It’s almost like this is what we want. It’s not that we’ll accept a weird little thing here and there, it’s like, ‘Yeah, we like that, it’s preferred.'”

The one problem with this visual deception is all the ways modern golfers have of avoiding this trickery, the biggest being the rangefinder. As McLay-Kidd pointed out, “Not things one would have found in Scotland, you know, probably 30 years ago, much less 300 years ago.” He believes all these tools have made it much more difficult for architects to deceive the golfer.

Despite our advances in technology, both McLay-Kidd and Urbina think this type of deception is still a worthwhile endeavor for architects.

“Those tricks, they’re still very valid and you can still play games against the golfer who can’t believe that his yardage is, you know, 130, because it only looks like it’s 90 yards away,” McLay-Kidd said.

Urbina told a similar story: “You’re standing on the tee and just for a fraction of a second, you look up one more time before you tee off, or one more time before you pull that blade back in the fairway to hit to the green. If I can catch you with this, that glimpse of a bunker that you just feel, it makes you feel uneasy, then I’ve done what I wanted to do.”

Here are a few examples of visual deception from several different architects.

When thinking about how modern architects use this strategy, McLay-Kidd thought of how often they are now using very wide fairways with centerline bunkers. Visually it looks like there is all the space in the world for your tee shot, but to be in a great position for your approach shot, the target is much smaller and usually as close to the bunker as possible without being in it. He quickly thought of his 2nd hole at Mammoth Dunes, with one pot bunker in the fairway that defines the hole.

Another example comes at Indian Creek Country Club designed by William Flynn, who also designed the Merion East course and Shinnecock Hills. The 6th hole is a par-4 that uses bunkers to obscure the landing area by layering bunkers to deceive your view from the tee. Wayne Morrison and Thomas Paul describe the hole in their book, The Nature Faker, by saying, “Flynn designed the bunker plan so that the four fairway bunkers seemed to meld with the three diagonal bunkers near the green end so as to completely obscure the landing area.” When you arrive in the fairway, you see that there was all the space in the world to land your ball, not a large clumping of bunkers as it appeared from the tee. This type of visual deception is great because on a second go around, you have to force yourself to forget what your eyes are seeing and trust your experience.

Urbina restored The Valley Club of Montecito, originally done by MacKenzie. He walked me through several of the holes on Google Earth, starting with the 5th. “You’re going to freak out when I tell you this, but this is the unbelievable artistry of Alister MacKenzie,” he said. “When you put yourself in that fairway, just short of that little center fairway bunker, the horizon of that bunker lines up perfectly with the left and the right edge of the green-side bunker on 5.” (He’s right, I did kind of freak out. The bunker is 30 yards away from the green! How could it all line up so perfectly?)

People are aware of the amazing artistry of MacKenzie’s bunkers, but the look of each individual bunker is only part of the story. Urbina added, “When people talk about MacKenzie bunkering, they always think about capes and bays, but it was way more than that.”

The 18th hole at Montecito might be even cooler than the 5th. There are three groups of bunkers down the left side of the fairway, and from ground level, each group lines up perfectly with the next one in line. Urbina said, “Each one of these bunkers layers on top of each other, and you can’t tell the distance between those.”

And if that wasn’t hard enough, the approach to the green messes with your eyes, too.

“The right green-side bunker on 18 lines up perfectly with the left fairway bunker,” Urbina said. “You’re thinking, ‘God, where do I hit it? That green’s right on top of it.'” 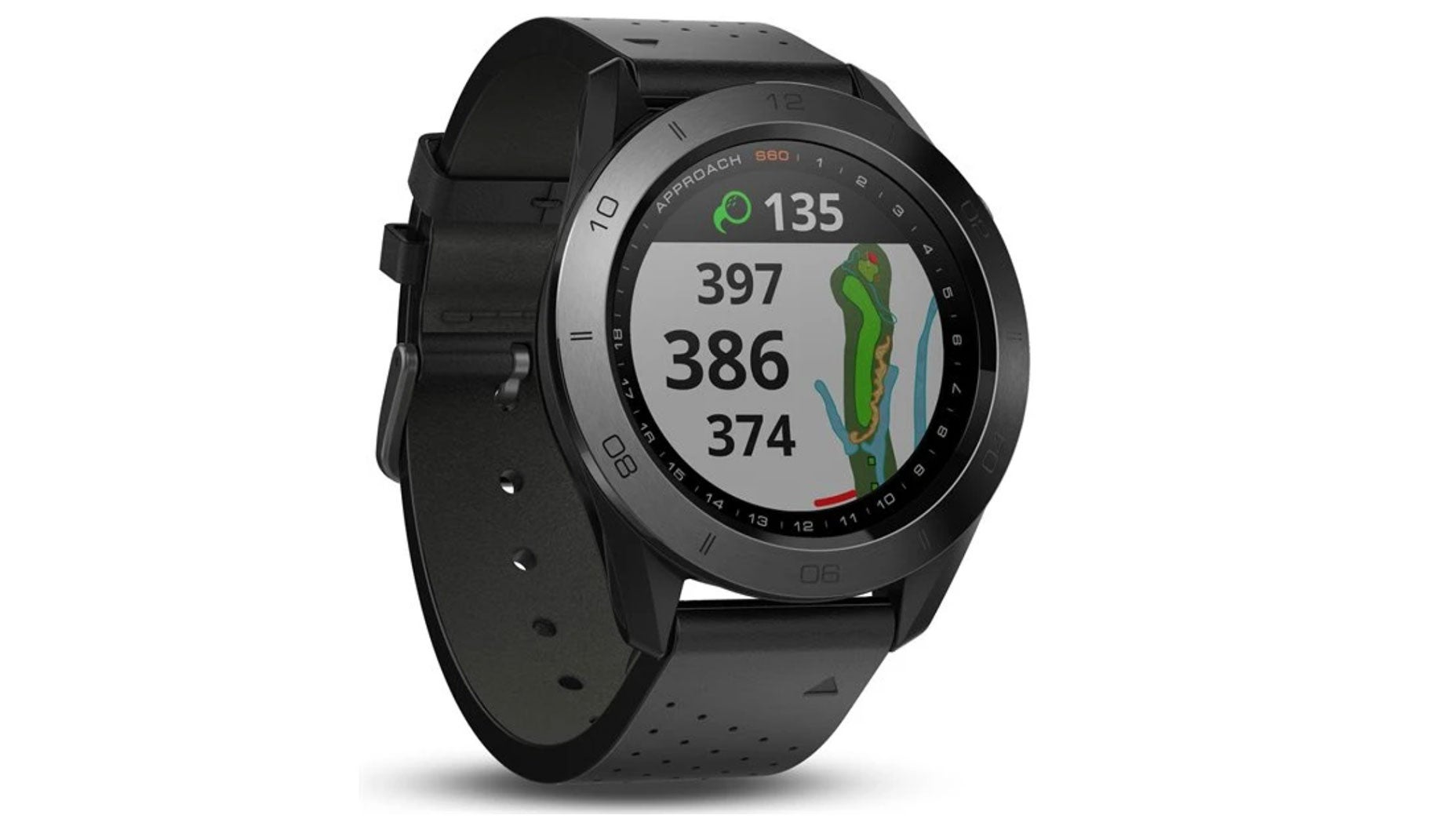