As lockdowns lift in England, the battle for one legendary course continues 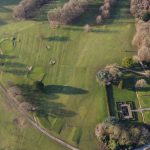 Allestree, an historic Harry Colt design, is at risk of shuttering for good.

For golfers in England, the big news today is that the game is back in business. Courses have reopened following a lengthy Covid lockdown. But in Derby, a city of a quarter-million people roughly two hours north of London, a more sobering story has taken shape.

The story revolves around this question: why has a cherished local muni — a classic design by one of golf’s most venerated architects — shut down for good?

Ask Andrew Picken, a Derbyshire county resident and a driving force behind an effort to save Allestree Park Golf Course, and he’ll tell you that there’s no sensible answer.

At least, he hasn’t heard one from the Derby City Council, which chose to shutter Allestree late last year. At the time, the council’s stated rationale was that the course was losing money. But Picken says the finances would be an easy fix. Properly run, he argues, Allestree would be a slam-dunk to turn a profit. The real problem, he believes, is bureaucratic blindness: the city council is oblivious to what it has.

“From everything that has transpired, it’s clear that they are unaware of Allestree’s true value,” Picken says. “The fact is, they are sitting an absolute gem, to say nothing of a potential gold mine.”

(Reached by email, a spokesperson for the council told GOLF.com that the representative best suited to answer questions about the course was on annual leave and unable to respond immediately.)

Picken concedes that even he had only scant appreciation for Allestree’s full worth the first time he set foot on it some 40 years ago, as a young man getting started in the game. What he saw back then was nothing more — but also nothing less — than a very pretty, modestly priced course: an affordable outlet for fresh air, exercise and fun.

Only decades later, retired from his job as a police investigator, did Picken start to do a little digging. There was plenty to unearth. Allestree, he discovered, wasn’t just another budget-friendly venue. It was a Colt design — as in, Harry Colt, a looming figure of golf’s Golden Age and the architect of a vast portfolio of vaunted courses, including Royal Portrush, Swinley Forest and Sunningdale New.

Colt did his work at Derby in 1929. A year later, his parkland layout opened as a private course called Derbyshire Country Club. During World War II, its grounds were put to other uses, only to be reborn as a muni in 1948, when the city council bought the property and renamed it in honor of the sprawling park in which it sits.

Allestree had history to build on.

Its first head professional, Tom Barber, was a Ryder Cup qualifier in 1931 who founded a local junior section that produced a host of accomplished players. Among them was John Fallon, who went on to compete in the 1955 Ryder Cup and finished runner-up to Peter Thomson in the British Open that same year. In 1963, Fallon once more carried the British flag as a non-playing captain in the Ryder Cup against a U.S. team helmed by Arnold Palmer.

Not that locals talked about those details all that much. With its post-war transformation into a muni, Allestree settled into the quiet role that many publicly owned courses fill, beloved by many but otherwise unsung. So little was done to polish or promote it that even many of its regulars had no idea as to its pedigree.

The first official indication that Allestree was in peril came in early 2019, when the city council announced its intention to unload Allestree Hall, a grand stone building overlooking the course that had long doubled as a clubhouse. Advertisements around the sale noted that the building came with an option to operate “an adjoining golf course” but made no mention that Colt was the designer. This, Picken says, was a telling omission. Imagine putting a Picasso on the blocks without calling attention to the guy who painted it.

“It seems fair to assume that (the council) either didn’t know about the history, or they didn’t care,” he says.

When the building sold to a buyer who had no interest in running a course, Allestree entered into a kind of twilight — a muni with no clubhouse and an air of uncertainty around it. Play continued but with a gathering sense that it might not last for long.

In the interim, the council put out a request for bids, seeking an operator for the course. Once again, its offer of Allestree made no mention of the Colt connection. Four candidates submitted proposals, but the council deemed them all “unviable.”

Which brings us to where things stand today.

As it is in the United States, demand for golf in England is at a fever pitch. Public courses have reopened to jammed tee sheets. For those who can afford them, most private courses have healthy waiting lists.

In this climate, Allestree slumbers, the grass growing shaggy on its old bones. One of only three Colt-designed munis in England, its routing was reconfigured after World War II but it retains 14 of its original holes. Of the four Colt holes that were lost, one was a par-4 with an island tee in the middle of a lake, a distinctive feature that Picken would love to see revived — assuming, of course, that the rest of Allestree can be revived first.

To that end, Picken has established Save Allestree Golf Course, a coalition of ardent advocates. As a group, they have created a website (here!) devoted to their mission while mounting an online petition to reopen the course that has 26,000 signatures and counting. Industry professionals have rallied to the cause, offering to pitch in with their expertise should Allestree be allowed to get back up and running.

It would make perfect sense, Allestree-backers say, not only for golfers but also for the city’s bottom line. Prior to its closure, Allestree commanded green fees of £13 (about $18) and averaged roughly 16,000 rounds a year, a number, Picken says, that would surely increase with a bit of savvy marketing and management, all the more so now that golf is booming. It would hardly take a Herculean effort, he argues, to get Allestree operating in the black.

Picken has made his views plain to the council. But the last communication he got in return was an email response to the 26,000-signature petition. The message reaffirmed the council’s position that the course shall be “absorbed” into the surrounding parkland.

“For this course to be abandoned in this manner and left to die before our eyes is excrutiating,” Picken says.

He refuses to let the matter lie.

With lockdowns lifted, golf in England marches on.

So does the fight for Allestree.