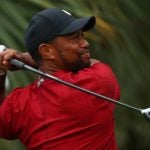 The last time fans had a glimpse of Tiger on the course was in May, during The Match: Champions for Charity event.

Last week, speculation was rampant that Tiger Woods might be teeing it up at the RBC Heritage in Hilton Head, S.C., when his luxury yacht, Privacy, left its Palm Beach, Fla. dock for St. Simon’s Island, Ga. — just a short jaunt from Hilton Head.

Alas, Tiger didn’t commit to the tournament by the Friday deadline, nor did he make this week’s deadline for next week’s Travelers Championship in Connecticut, and golf fans were left wondering, once again, when they could expect to see the Big Cat play an official tournament for the first time since February’s Genesis Invitational.

Earlier this week, I spoke with 12-time Tour winner, Ryder Cup hero and Golf Channel analyst Justin Leonard on a range of topics, including where he thinks Tiger will make his debut on the Tour’s newly revamped schedule, and his expectations for Woods’ performance.

“I thought he might play one of these first two or three events just to see where he was,” Leonard conceded. “He looked so good during the match that he played with Phil Mickelson, Tom Brady, and Peyton Manning back just a month or so ago. But then again, Tiger is a creature of habit.

“We may not see him again until the Memorial or the week before, which is also going to be played at Muirfield Village Golf Club,” Leonard continued. “[Tiger] likes to go to the same places.”

Tiger is indeed comfortable at Muirfield Village, having amassed five victories there over the course of his career. As for his expectations for Woods’ performance this season, Leonard is optimistic — especially given what he saw from Woods at The Match: Champions for Charity.

“[Tiger’s] body looked great. His swing looked fantastic. It looked like he was moving very well. So I think the prospects of Tiger Woods, knowing him as I do and as a competitor, he’s not concerned about how his game feels right now,” Leonard said. “He’s keying in the FedEx Cup playoffs. He’s going to key in on the major championships, the first one being the PGA championship, which will be the first week of August. That’s what he’s trying to get ready for. And knowing Tiger Woods, understanding what he’s been through and seeing how good he looked just a month ago, I think Tiger will be ready to play and contend at major championships this fall.”

For more from Leonard, including his picks for the perfect last-minute Father’s Day gift (hint: hot-foot it to your nearest Dick’s Sporting Goods store!), check out the video below.

Suzy Whaley's long been a trailblazer in the sport. She's not slowing down