WGC-Mexico relocating to Florida course due to coronavirus concerns 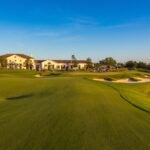 The 2021 WGC-Mexico Championship is headed to Florida.

The PGA Tour confirmed the long-rumored move to its players on Friday in a message on Friday, announcing the event will be played at The Concession, a private club in Bradenton.

The relocation was first reported by Golfweek.

“Due to logistical challenges posed by the COVID-19 pandemic, the WGC-Mexico Championship will not be played in Mexico as previously scheduled,” the Tour wrote to players. “Instead, it will move to The Concession Golf Club in the Bradenton-Sarasota area in Southwest Florida, February 25-28.”

Gear up for Florida golf! The event at The Concession will now kick off the Florida Swing one week earlier than scheduled. From Bradenton, the Tour will head northeast to Orlando for the Arnold Palmer Invitational (March 4-7) followed by the Players Championship (March 11-14) and the Honda Classic (March 18-21).

The Valspar Championship, which used to follow the Players and round out the Florida Swing, will be staged a month later this year, running from April 29-May 2.

The PGA Tour is still working to secure a title sponsor for the 2021 playing of the WGC event, “given the one-year relocation from Mexico City.”

No general admission fans will be sold but “a limited number” of Concession members and their guests will be allowed on site for the event. There will also be a Wednesday pro-am.

According to the email, the Tour expects this to be a one-off and to return to Mexico City for the playing of the 2022 event.

“The Tour is grateful for its partnership with the sponsor Grupo Salinas and their influence on the success of the WGC-Mexico Championship over the past four years,” it told players in the email. “We look forward to returning to Mexico in 2022.”

The Concession, a Jack Nicklaus Signature design with an assist from Jacklin, is in honor of the 1969 Ryder Cup, which ended when Nicklaus conceded the final putt to Jacklin, cementing the first tie in the history of the Cup.

The course, which opened in 2006, is a brawny test that served as host for the NCAA Div. I Championships in 2015. GOLF’s panel of raters included it among the best courses in the state. (GOLF and Nicklaus Design are affiliates of 8AM Golf.)

Nicklaus lamented the circumstances for the move but told GOLF.com he was excited to see Concession on display.

“It’s unfortunate that the ongoing pandemic, including travel bans and overall concerns related to Covid-19, have forced the PGA Tour to make a hard decision to move the World Golf Championships out of Mexico for 2021,” he said. “I know over the last few years, there was a great deal of support and excitement within the Mexico City community and throughout the country for the event. Having to make this tough call, I think it’s a great decision by the PGA Tour to bring an event to the West Coast of Florida. And I am delighted it is going to The Concession. We are coming up on 15 years since we opened The Concession, and it is a golf course Tony Jacklin and I had an awful lot of fun designing. I think the players will find it a strong test, but enjoyable.

“The Concession is a really good core golf course. We added some back tees in recent years, but I would still expect that most, if not all, of the par-5s will be reachable, particularly for the best players in the world. And the greens have enough movement to make them both interesting and challenging.”

GOLF.com has reached out to the PGA Tour seeking additional comment.